Today, a little story of how everything we do effects an ecosystem, how climate change accelerates it and how poverty exacerbates. ⁣
⁣
Lis: The photos here show Golden Apple Snails being weeded out of the rice crops every day. They started making a strong appearance 4 years ago and have now taken over the crops. Previously there were just the rice crabs & little fish to eat. The snails are inedible. They ravage not only rice but vegetable crops too. The rice is often the only source of food and small income for people here. ⁣
⁣
This week I went to the Department of Agriculture to talk about this. They knew it was an issue but did not know why it had started or how to resolve it. They had previously tried two chemicals to solve the issue; one didn’t work and the other ruined the crops, so they advised all farmers to pick them out and leave them to die. There was no funding provided. No subsidies for the loss of crops.

No farmer has approached them themselves as they mostly live in very rural villages of high poverty – it requires money, time, confidence and trust to come forward. When I asked how often they had gone out to survey the problem themselves, and talk to people who are dealing with this daily, we learned there has never been a survey to assess the problem and understand it; and we are in a large province.

Emily: This snail is originally from South America and was imported into Vietnam in 1985 for the purpose of human consumption however they rapidly invaded most of the wetlands. They can consume 100% of newly sown rice plants within 1 day (PPD, 2000).

They have since spread to other neighbouring countries and are increasingly seen as one of the biggest threats to the livelihoods of farmers. Unlike other snails, these are inedible. Locals get sick from them likely because a mix of the chemicals, quality of the water and silt which would have degraded over time. Heavy metals would probably have leaked from mining and agriculture & contaminated them – snails accumulate all this as filter feeders.

As climate change progresses, the rainy season floods intensify which means much more water is around which they love. We’re trying to work with the Department to help explain why this happened & potential methodologies on fixing it (naturally).

This is yet another example of an introduction gone wrong! More information can be found in a great review by Tu, Nha, Joshi in 2018.

Lis note: Em is the best! 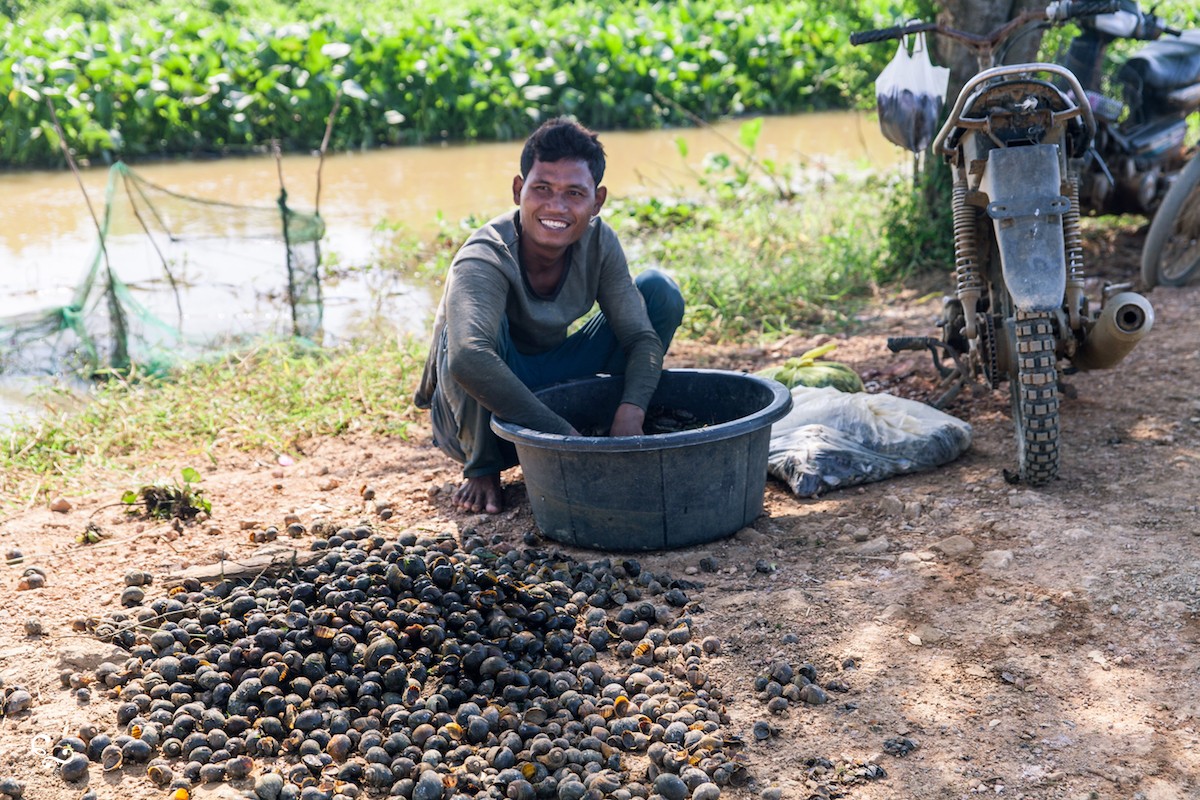 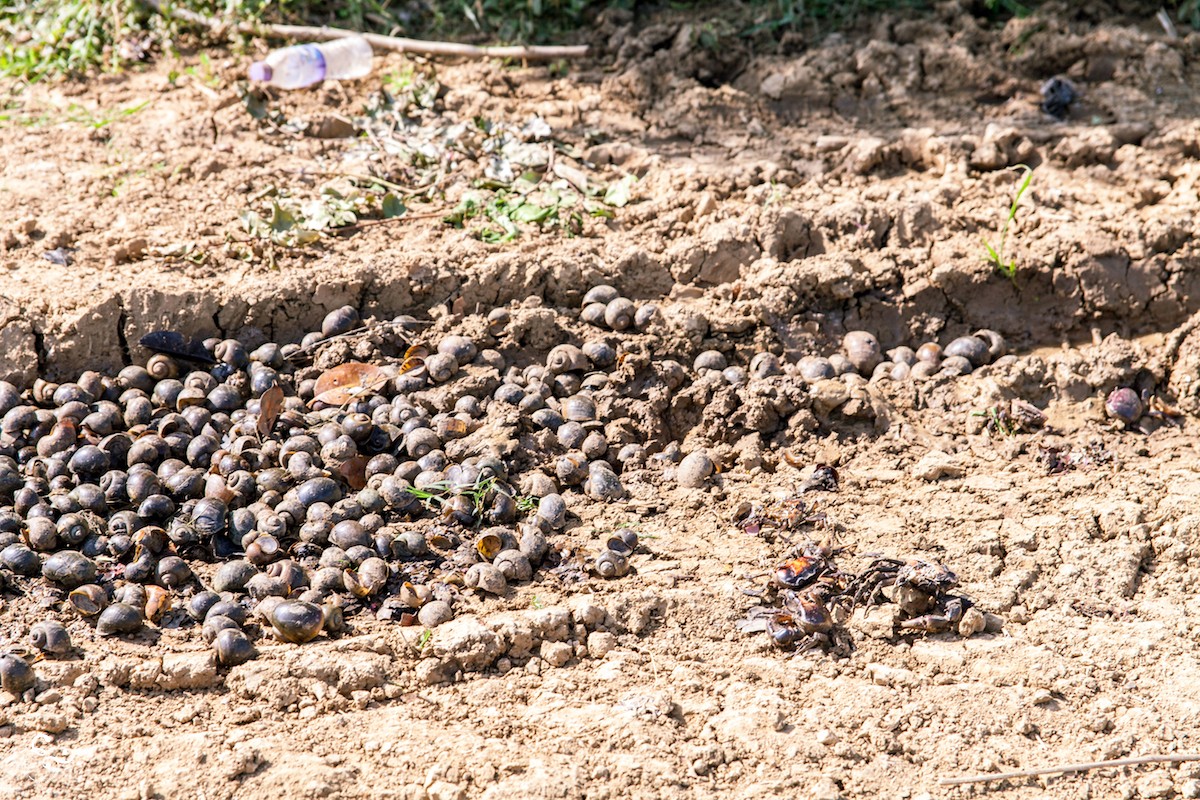 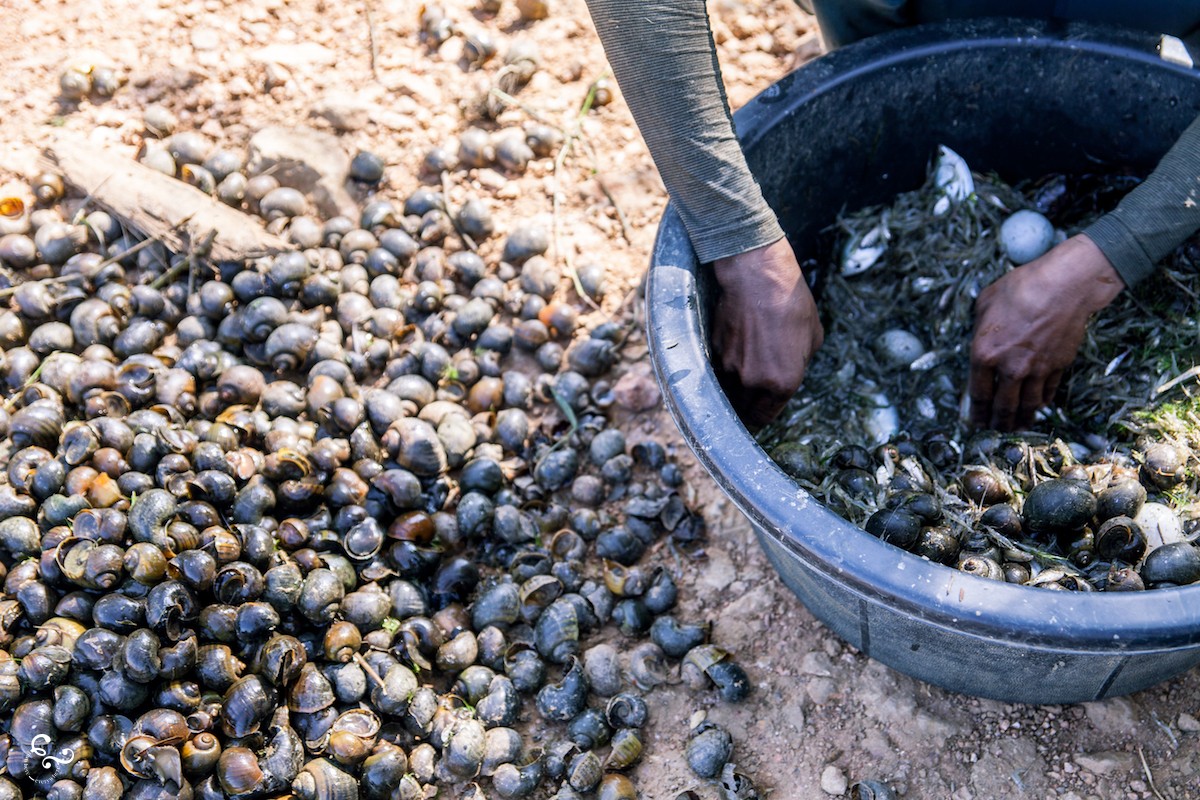