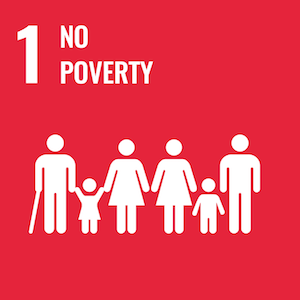 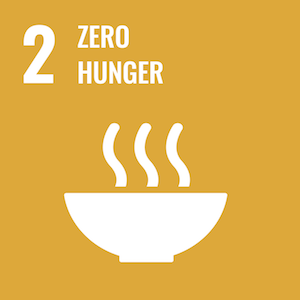 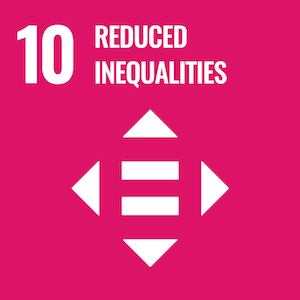 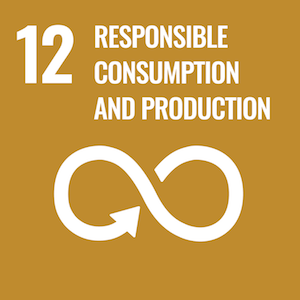 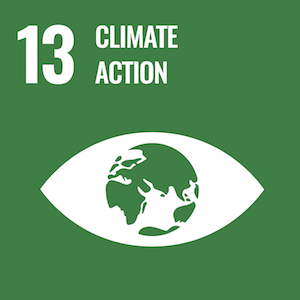 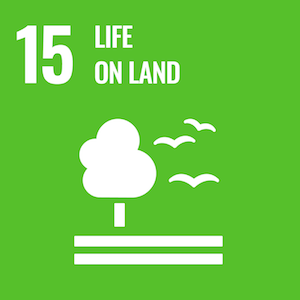 Friends, it is pretty much impossible to be 100% vegan just as it is to be 100% zero-waste or plastic free. You don’t need to be perfect. Perfection has never been worth striving for in any aspect of life.⁣
⁣
The ink on nearly every product you buy most likely is not vegan. Building houses on cleared land isn’t a vegan thing to do as urban development displaces animals from their homes and natural habitat (eventually driving many to endangerment or extinction) whilst killing others. Filling that same new house with furniture probably wasn’t vegan. Those products are made using natural resources that often reduce the environment left for native animals. Eating food, or using toiletries, with palm oil isn’t vegan when orangutans are about to be wiped out due to our insatiable wants. Buying fashion from fabrics that pollute riverways, make our lands toxic and wipe out water, kills animals. “Exotic” vegan foods often damage other ecosystems. Unless you eat only organic, your items are often coated in non-vegan waxes.⁣ Buying food in plastic often litters our environment, becomes a choking hazard to land animals and is regularly eaten by marine life whilst tangling itself up in many others. Owning a pet if you don’t feed them vegan food, kills millions of other animals and deforests the planet (insect food and eggs from your own chickens are a good replacement for animals that don’t require meat to thrive).

Crops that farmers grow often need to be ‘protected’ from animals who like to turn up and eat them (this is particularly a problem with monocropping as the plants show up reliably at the same time each year). To deal with this problem, farmers often shoot the animals or bait the rodents. Insects of course are killed at extremely high rates to grow crops.

Of course a lot of vegan products can’t be proven to be entirely vegan either. What is vegan wine? Is there really a way that wine produces can ensure with 100% certainty that the wine does not have crushed rodents and insects in it as nearly all wine does? Is a product truly vegan if it uses ink that isn’t vegetable based? And given that most vegetable inks are made from soy, and soy crops are destroying our forests and therefore our animals too, is that really vegan?
⁣
The point isn’t to make anyone aiming to be vegan feel bad (or stop). I’m pretty close to vegan myself. I don’t eat meat but I occasionally will have some sustainable line-caught fish mostly if I really need it (i.e. I’m in a rural location in a developing country and cold rice and cucumbers for months haven’t given me the nutrients I need or I’m truly hungry). I generally don’t have dairy much (oat milk all the way) but will have some cheese on occasion. I don’t buy leather goods or products with palm oil but I absolutely will use ethical wool in the right circumstance which is a much better material, and I support local beekeepers who do the right thing and sell organic, local honey. I would say I’m a plant-based eater with some flexibility. And that’s important. It’s the bit of flexibility that makes it possible for me to live like this and sustain it for a lifetime.

We understand veganism to be minimizing harm to animals as much possible. But that gets complex. The ethical wool I mentioned that strict vegans don’t use? Well it can be far more vegan than synthetics or cotton. Same goes for buying it second hand. Where cotton is grown is enormously problematic. In India and Australia where there are large cotton crops grown in drought prone areas, a lot of irrigation and water drawing from natural rivers is needed for the crops. This can often be devastating not just for the local fauna but for the animals that rely on the water. In Australia this recently resulted in mass fish deaths and devastating images of animals stuck and dying in the dried up riverbeds. In developing countries, the water taken for cotton means there is less for other things; like growing rice, a staple food for millions of people. Synthetic alternatives are no better. It’s a difficult quandary. Do you choose the leather product that has been made from the waste by-product of the agriculture industry using vegetable tanning methods and ethical labor from that small business supporting good jobs? Or do you choose the non-animal product that’s made from synthetic plastic and therefore required the extracting of oil and mass processing likely in a factory that exploited people and local resources? Which one has less impact on the environment and how important is ethical labor to you?

In Kenya, there is a project to bring back ecosystems the acacia trees create by installing beehives. Over the years, areas have been significantly logged for income creation for local people. By adding beehives to the trees instead, farmers can make more from the raw honey they sell so they stop cutting down the trees which they needed for income and it brings back all the animals to the area establishing a healthier ecosystem. For that system to work, it requires people to buy the honey. ⁣In that scenario one could easily argue the less-vegan thing to do would be to advocate against the honey.
⁣
Veganism in its full force can also be debilitating for people who need a little flexibility in their lives. Strict veganism is a difficult conscription if you ever feel like you’ve “fallen off the rails”. It creates a feeling that the moment you haven’t practised full veganism, you feel like such a failure that you stop altogether and turn back to animal products in full.

People have complex situations. Step-kids whom aren’t your biological children make it difficult to regulate everything in your home. Co-parenting might mean your very own kids eat things you entirely disagree with and you find yourself compromising a little to keep the peace at home. Living with a partner who isn’t vegan requires an adjustment from both people over the years. Living in a food desert makes it nearly impossible to be vegan all the time. Living in a developing country in a rural area will rarely meet your needs to be a vegan. And if you live in the desert, you’ll likely not be able to meet nutrition needs without eating a little meat. Capitalism also means that more and more, local fresh produce is exported to other countries only for other products to be imported because they’re cheaper. Local markets therefore slowly stop selling local produce in order to remain competitive and variety is significantly reduced in terms of access to the average person.

Fight against the system that created a world where millions of people don’t have access to fresh food instead of fighting against the people trying to survive.

Vegans aren’t wrong. The New York Times recently reported that 65 billion chickens are consumed each year. The general estimate of land animals killed for food each year is 70 – 120 billion (given the NYT article, it would be toward this higher end). Other research shows anywhere from 800 billion to 2.3 trillion wild fish are killed each year.  Up to 200 billion farmed fish are killed. That’s just the common animals of mass we eat. The majority of land animals for our food are from factory farms (generally 90% or higher depending on the animal type though cattle can be 75%+ depending on the country).⁣ If we ate humans this quickly, within a couple of weeks our species would likely be gone. We’re heading toward 10 – 11 billion people by the end of this century and the richer people get, the more ‘western’ their diets become and the more red meat they eat. ⁣⠀⁠

But the absolutism approach isn’t helpful. Instead ask if what you’re about to do is in line with your values. Ask yourself why you’re eating this animals but won’t eat another. Analyze the ideology that underlines that belief. Advocate for transparent supply chains & better options. Use your voice against factory farming. Abolish cruelty. Add empathy. There are many people who simply cannot survive without meat right now. There are Indigenous peoples who eat meat very sustainably. Outside of your own beliefs on the ethics of eating animals, raising a local animal in a natural area, without chemicals & antibiotics and then sharing the meat and using each part of the body is not wrong as part of our food chain. There are people that can barely access fresh food. We need millions of people voting against factory farming and we need to address hunger, poverty & inequality to change as a world.

We don’t need rigid perfection from a tiny percentage of people. We need a large percentage to be conscious and doing the best we possibly can.

If you choose to only do one thing, climate change data shows that reducing your meat intake is the most significant thing you can do (aside from not having children) to have a positive impact on our environment. Try meatless Mondays. Keep a food diary of just how often you currently eat meat on average. We know some people in industrialized nations who eat meat every lunch and dinner. That’s fourteen times a week and entirely unnecessary. Decrease your meat intake by half now and see how much further you can go from there. Purchase local foods that are in season. At every meal, ask how can I make this meal more plant based? Is this meal in line with my beliefs? You can also join our free six week challenge to get some more tips on the meat-week.

The movement against industrialized food systems and factory farming is important. It is extremely important. The shift to plant based diets is good for our health, our economy (ultimately, if you also include healthcare cost reduction with lowering diseases) and our environment. But perfectionism isn’t required. You’re not perfect. They’re not perfect. There are some extremely morally complicated questions along this path. And a lot of people are needed to work on the underlying issues that continue to keep people in poverty, reduce access to fresh produce and make living sustainably with our environment, inaccessible. 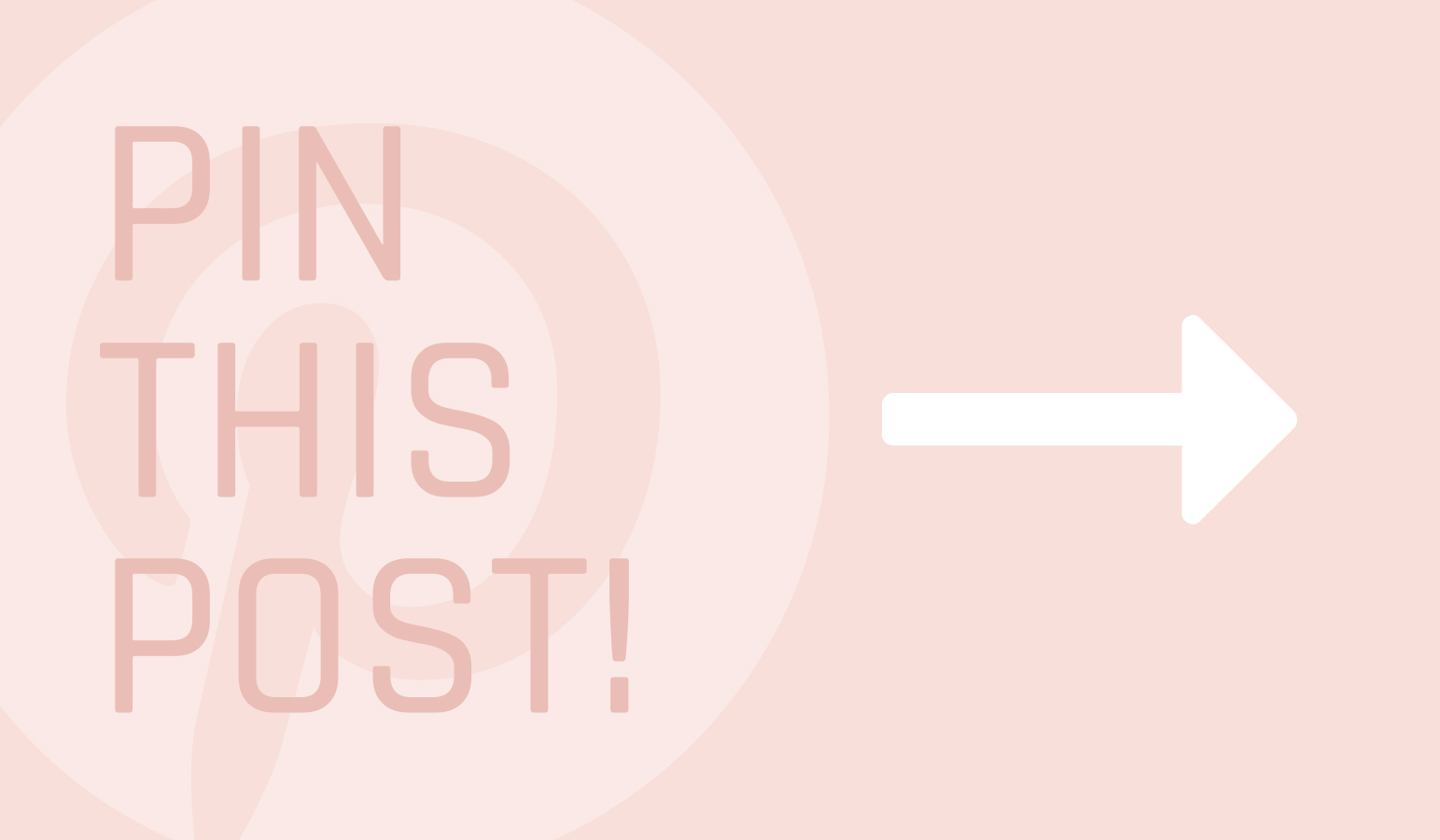 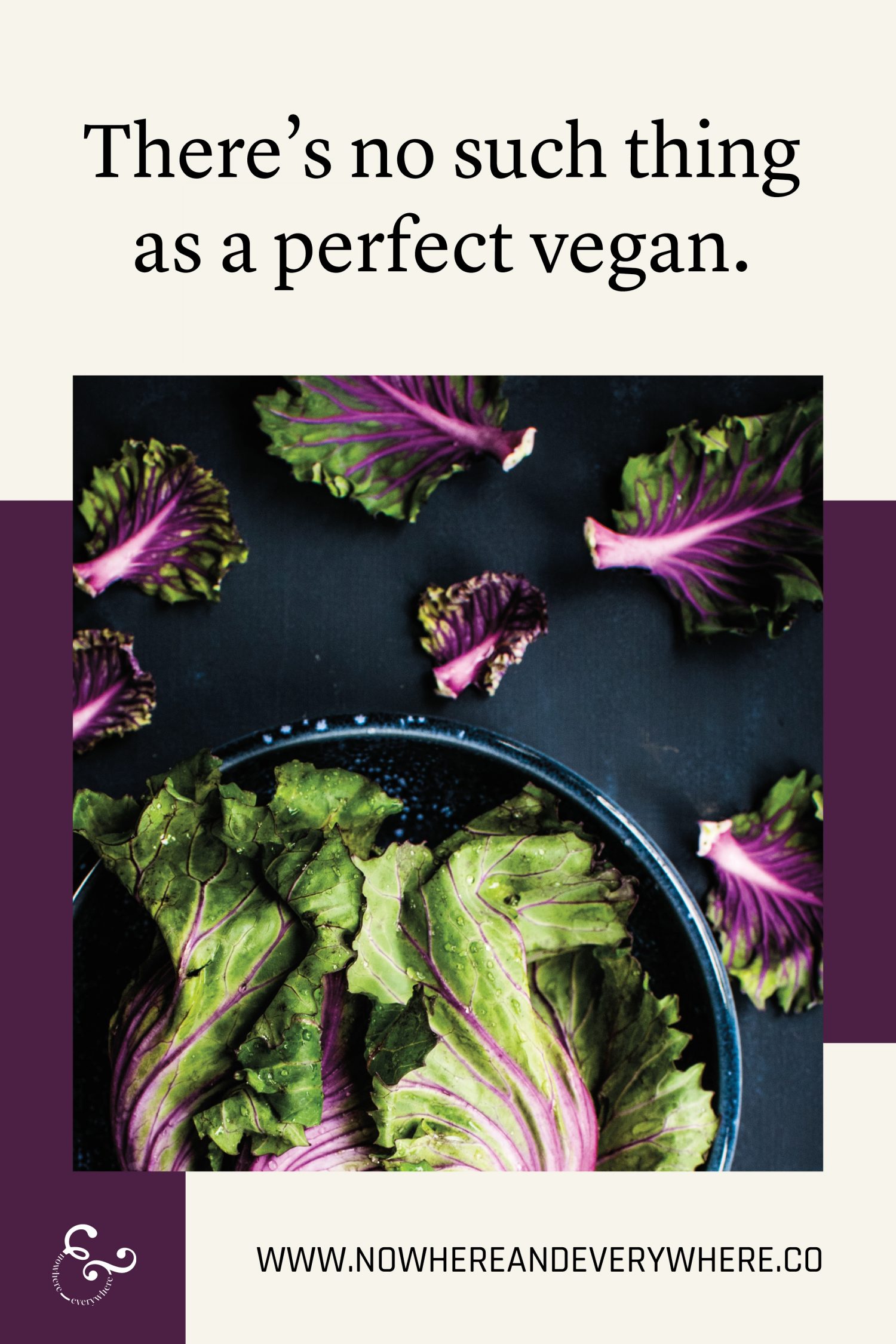 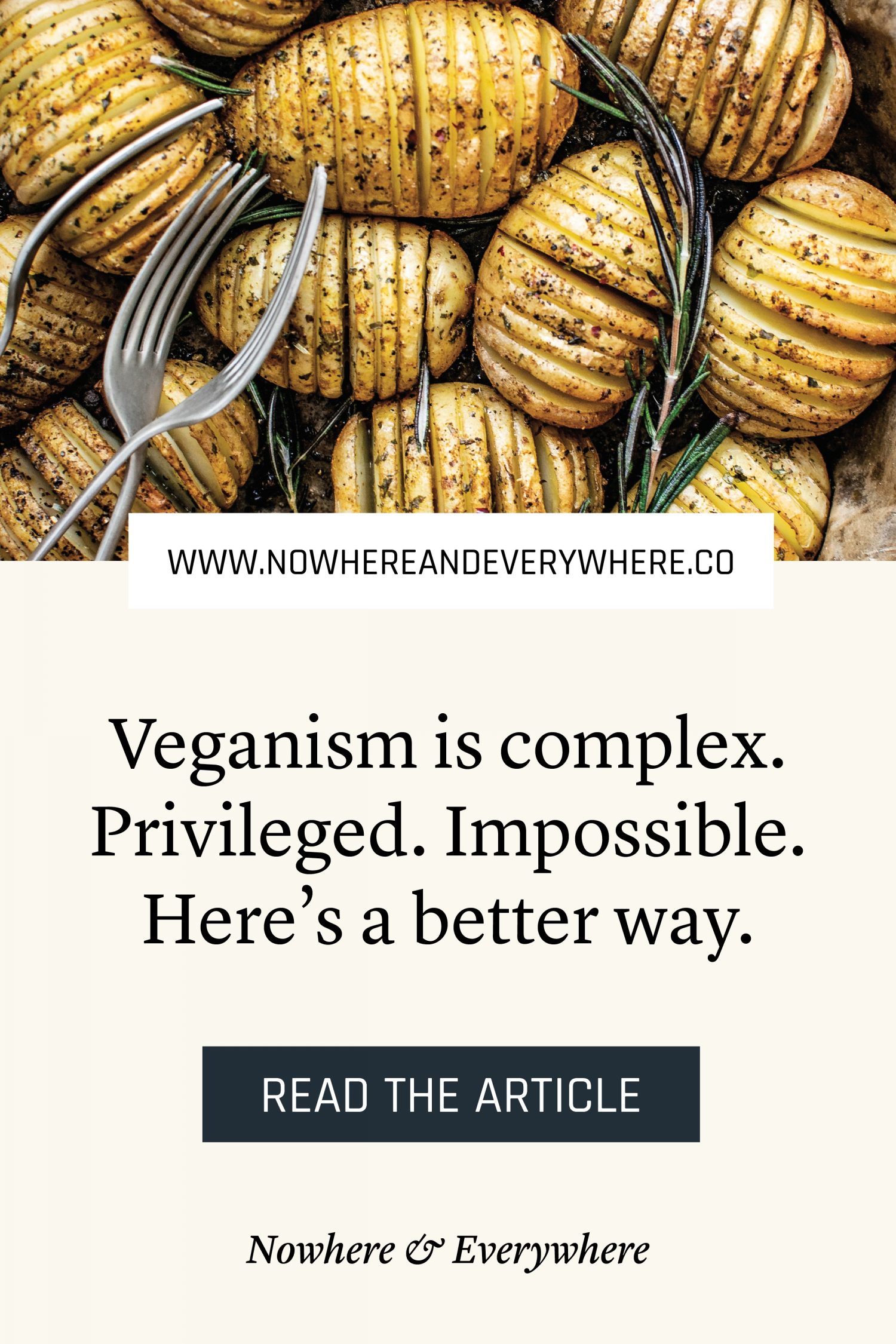 We share facts, stories, action steps and tips across environmental topics every day.
There's a community waiting for you.

Comment or Question?
We are an open, diverse community that know the comments section on the internet is mostly a crazy place. We welcome lots of questions, positive notes, and constructive dissent but all trolling, abuse and toxic comments will be deleted. Thank you for keeping this a happy space!
Cancel reply