Um sharks are pretty scary. Do we actually need them around? - Nowhere & Everywhere
“Sharks are being killed for food, fins, medicine, and fun. There is no end to the threats they face. But the biggest of all these is the human mentality towards them, because this stops people from fighting for them.” – Madison Stewart
Around the world sharks are in big trouble, with over 90% of the world’s sharks wiped out through fishing, shark fining and “shark mitigation” strategies. Between 70 and 100 million sharks die a year, most are killed for their fins. That’s over 10,000 every hour. Every hour!
A number of species of sharks are quickly headed for extinction.
Though the thought of coming across a shark during an ocean swim is terrifying, like them or not, they play a crucial role in keeping the ocean healthy. Our existence, in part, is dependent upon theirs. As apex predators, sharks play an important role in the ecosystem by maintaining the species below them in the food chain and serving as an indicator for ocean health. Remove sharks from the oceans and we are tampering with our primary food, water and air sources. We very much need these around. 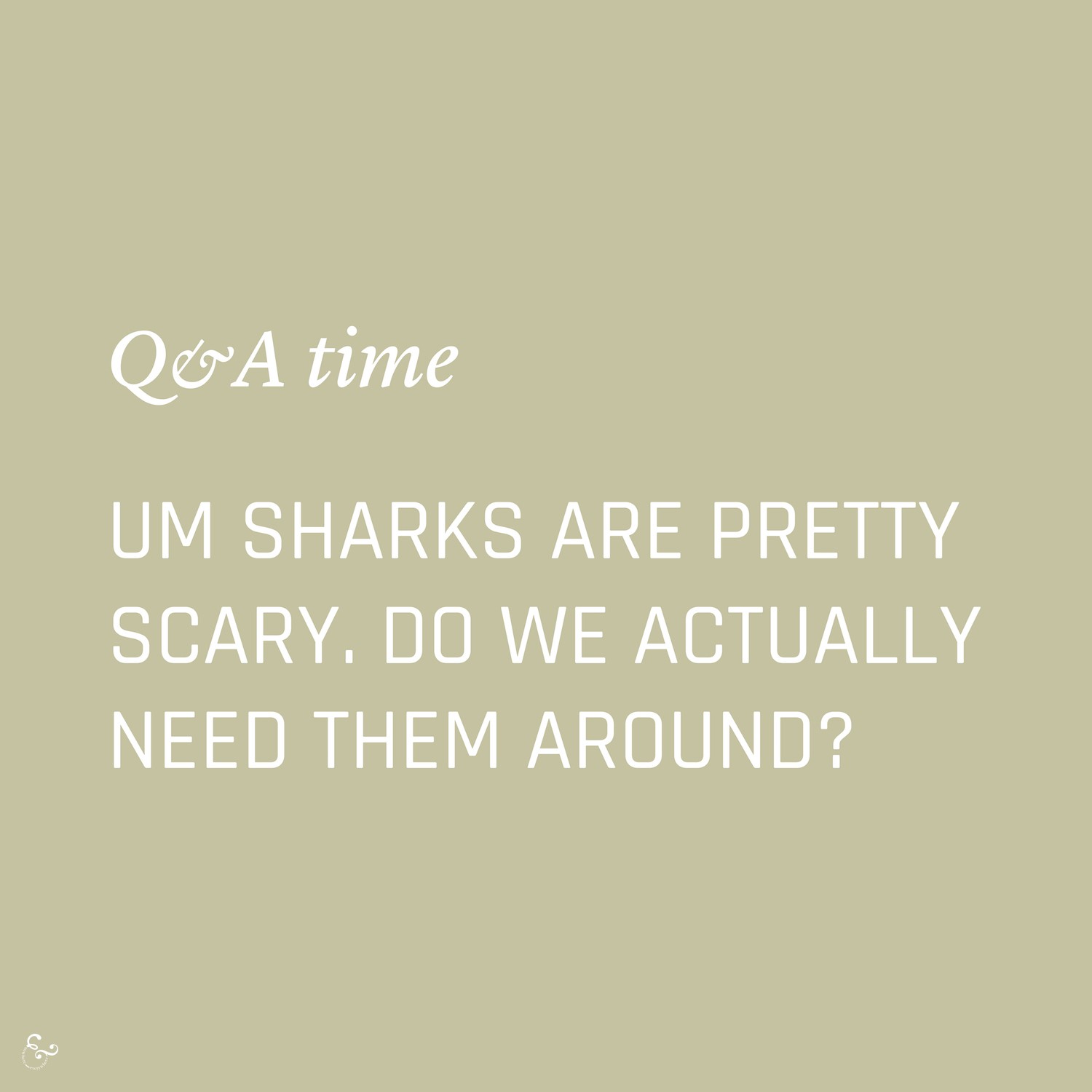