What happens to rubbish in landfill? - Nowhere & Everywhere
If we all didn’t have local services that took our rubbish away and we were forced to see it and deal with it each day then we would create a lot less of it. The world generates at least 3.5 million tons of plastic and other solid waste a day, 10 times the amount a century ago, according to World Bank researchers.
Have you ever wondered what happens to your rubbish when it leaves your home? In a household trash landfill, the ground is lined with clay and then with a layer of plastic about half an inch (1cm) thick. Drains and pipes collect the liquid seeping from the rubbish. This liquid is gathered in pools and is treated as wastewater before being released (with microplastics too). When the landfill reaches capacity, the waste is covered with another layer of clay and plastic before being covered with several feet of dirt fill, soil and plants.
Landfills are designed to store waste – not to break it down. The garbage does decompose, albeit very slowly in it’s sealed, oxygen-free environment. Up to 80 percent of waste by weight is organic – but this rarely decomposes in landfills. The lack of oxygen means that bacteria in the waste produce methane gas which is a highly flammable, potent greenhouse gas which contributes to global heating.
Modern landfills collect methane in a layer of pipes placed above the solid waste layer. Some landfills vent this gas into the environment, others collect it to sell or burn as a source of energy.
Of the 8.3 billion metric tons of plastic that has been produced, 6.3 billion metric tons has become plastic waste. Only 9% of this has been recycled with the vast majority (79%) ending up in landfills or in the environment as litter.
If present trends continue, by 2050, there will be 12 billion metric tons of plastic in landfills. That amount is 35,000 times as heavy as the Empire State Building! Can you imagine how much pressure that’s putting on landfills, and how much rubbish ends up in our environment and our oceans? Scroll across for our hierarchy of buying and some things to consider when making your next purchase.
Note: When food rots in landfill (not in compost) it produces methane gas that is 25 times more potent than the carbon dioxide produced by cars. Emissions from food waste in landfill are almost on par with the entire civil aviation industry! 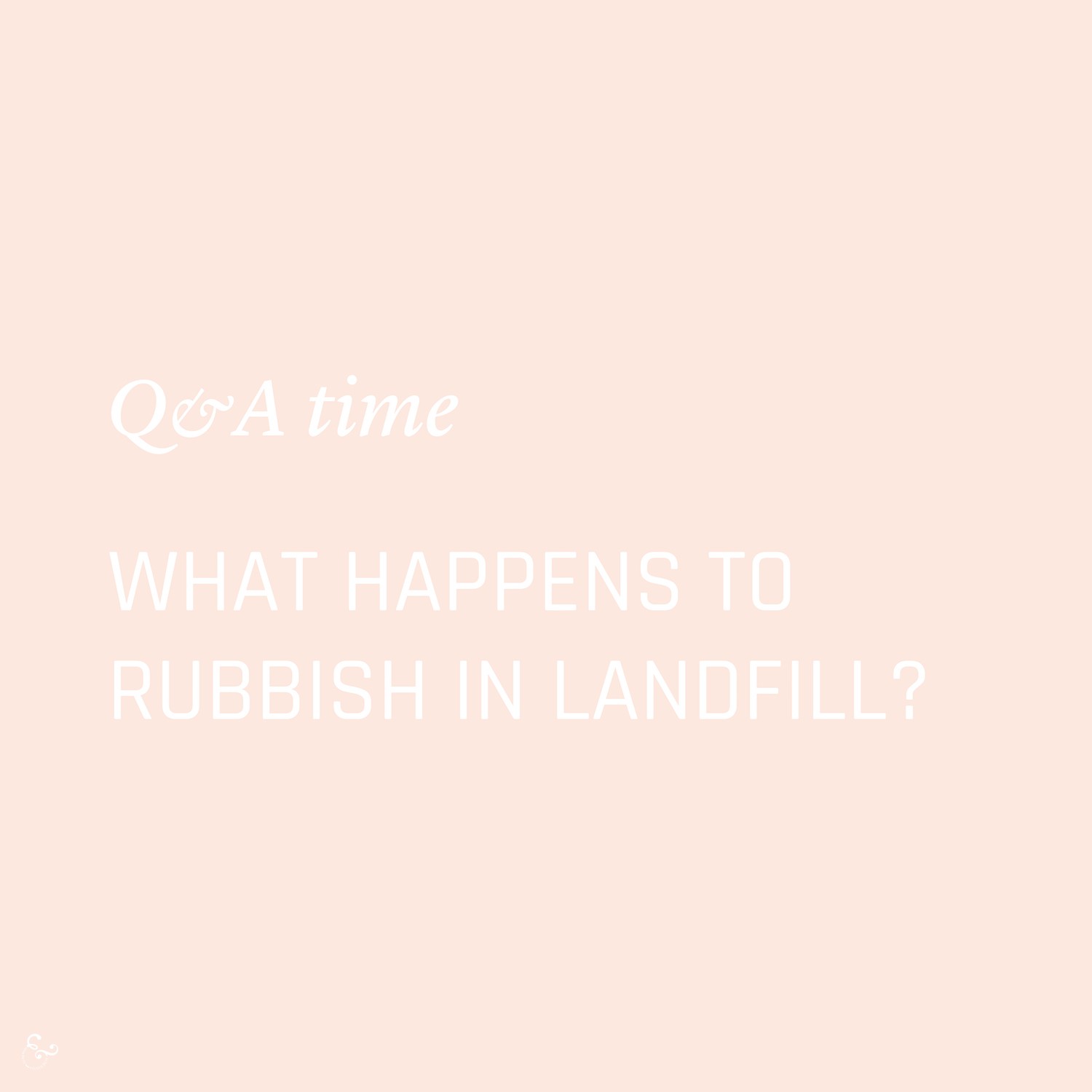