Three years ago a group of more than 800 Dutch citizens began the process of suing their government on the grounds that it had knowingly contributed to a breach of the two degrees celsius maximum target for global warming. The courts ruled in their favour, ordering the Dutch government to take action to cut greenhouse gas emissions by a quarter within 5 years. A couple of weeks ago, the appeals court held this decision and made it historic. This is the first time in history that a court has ordered a state to protect its citizens from climate change. Our founder is a Dutchie and pretty proud of this!

In the US, there is currently a case of a group of students suing the government for similar (Juliana vs US in denying a safe climate). The trial was supposed to begin tomorrow but just this week the Supreme Court stepped in to halt the hearing which is now in limbo (in a pretty unusual move). If you live in the States, call your senators and make your voice known about climate change…and vote on that issue in the midterms! How about your country? Anything similar happening to force government action? 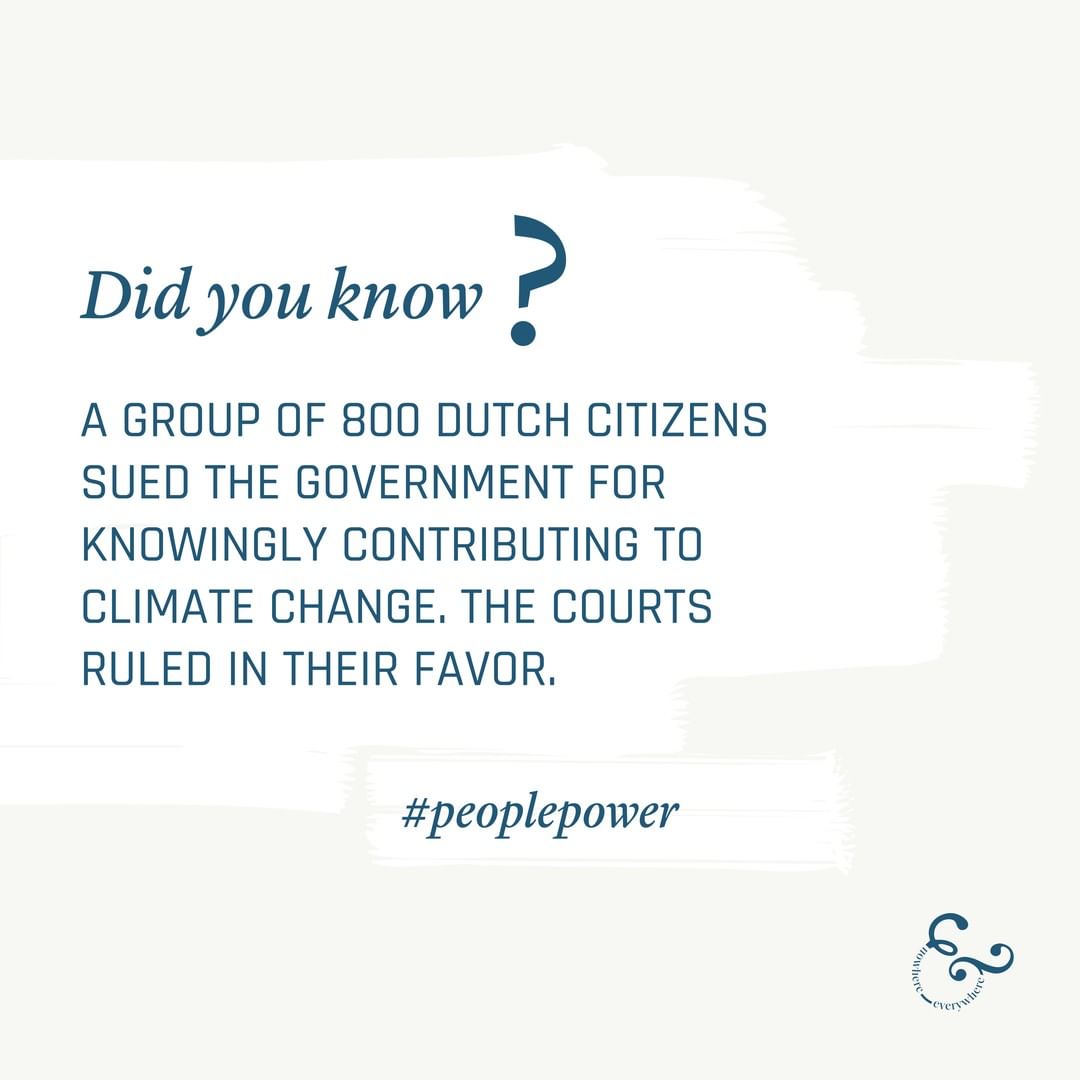