Did you know that air pollution caused an additional 8.8 million premature deaths in 2015? This represents an average shortening of life expectancy by nearly 3 years for everyone worldwide.

Air pollution is one of the most urgent public health problems and one of the least discussed. We’re raising it in numerous conversations during this pandemic for various reasons. One for the death count. Why do we not act on air pollution the same way as this pandemic? It’s not to say we have over-reacted to the Covid crisis but it is certain that we have under-reacted to air pollution. This is also a major environmental justice issue – the wealthier you are the less you will suffer from exposure to air pollution. Air pollution greatly affects lower socio-economic communities, communities of color and low income countries but it is prevalent nearly anywhere (see how much cleaner cities like LA have felt in recent months).

Secondly, many people have marvelled at our clearer skies as the result of less aviation. Whilst this helps, it’s mostly the reduction in traffic – our cars and trucks – on the road that helps our city smog. There has been a lot of modelling in the past but we’ve never had month long periods to test their accuracy. In Delhi for example, scientists are showing that most of the city pollution comes from the activities of those in the city (~70%) with much of the remainder coming from industry outside of it.

A recent study modelled the effects of sources of air pollution on death rates, and found that in comparison, tobacco smoking shortens global life expectancy by an average of 2.2 years (7.2 million deaths), HIV/AIDS by 0.7 years (1 million deaths), diseases like malaria by 0.6 years, and all forms of violence (including deaths in wars) by 0.3 years.

They also found that air pollution had a greater effect on shortening lives in older people, with the exception of deaths in children aged under five in low income countries, such as Africa and South Asia. Over 100,000 children under the age of 5 died in India in 2016 due to exposure to toxic air, according to a new WHO study. This is a travesty and we need WAY more attention on this. 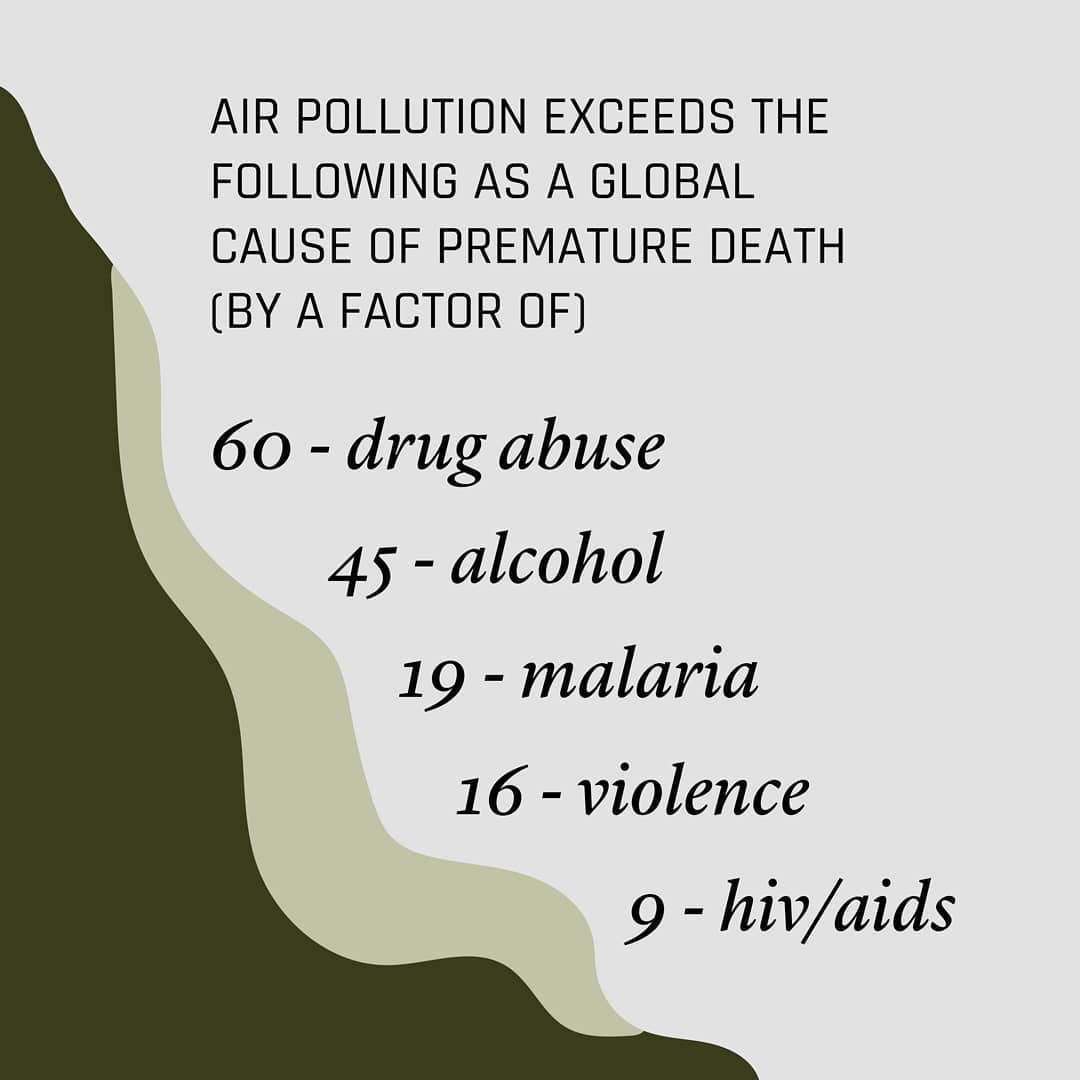