🙋🏽‍♀️ Where are our Canadians at? Would love to hear your thoughts! Canada is warming twice as fast as the rest of the world, according to a recent government report. It is currently unlikely to meet its 2030 Paris climate target and that appears almost entirely due to increasing emissions from the oil and gas sector, which are expected to reach 100 million metric tons a year by 2030. A study published in Nature found that emissions from the Canadian oil sands, measured directly from aircraft, are about 30% higher than the figures reported by the industry.⁠
⁠
Nearly one-third of the natural gas burned in Canada last year was used to produce oil from the oil sands, according to the National Energy Board (NEB). Natural gas is largely used in the oil sands to generate steam to inject into underground formations to thin the thick bitumen crude and allow it to be pumped to surface. The growth in these projects is the main driver behind increased oil sands demand for natural gas according to the NEB.⁠
⁠
It’s said these sands are the dirtiest form of oil producing 15% more carbon emissions than a standard gallon (nearly 4 litres) of conventional oil.⁠
⁠
If Alberta, with its population of four million people, were a country, it would be the fifth largest oil-producing nation. The Alberta oil sands is the world’s third largest known oil reserve at 170 billion barrels. It also holds one of the world’s largest collections of tailings waste ponds—able to fill more than 500,000 Olympic swimming pools. These are so toxic, ducks and other birds have to be prevented from going near them.⁠
⁠
Sources: NEB, National Geographic, NRDC 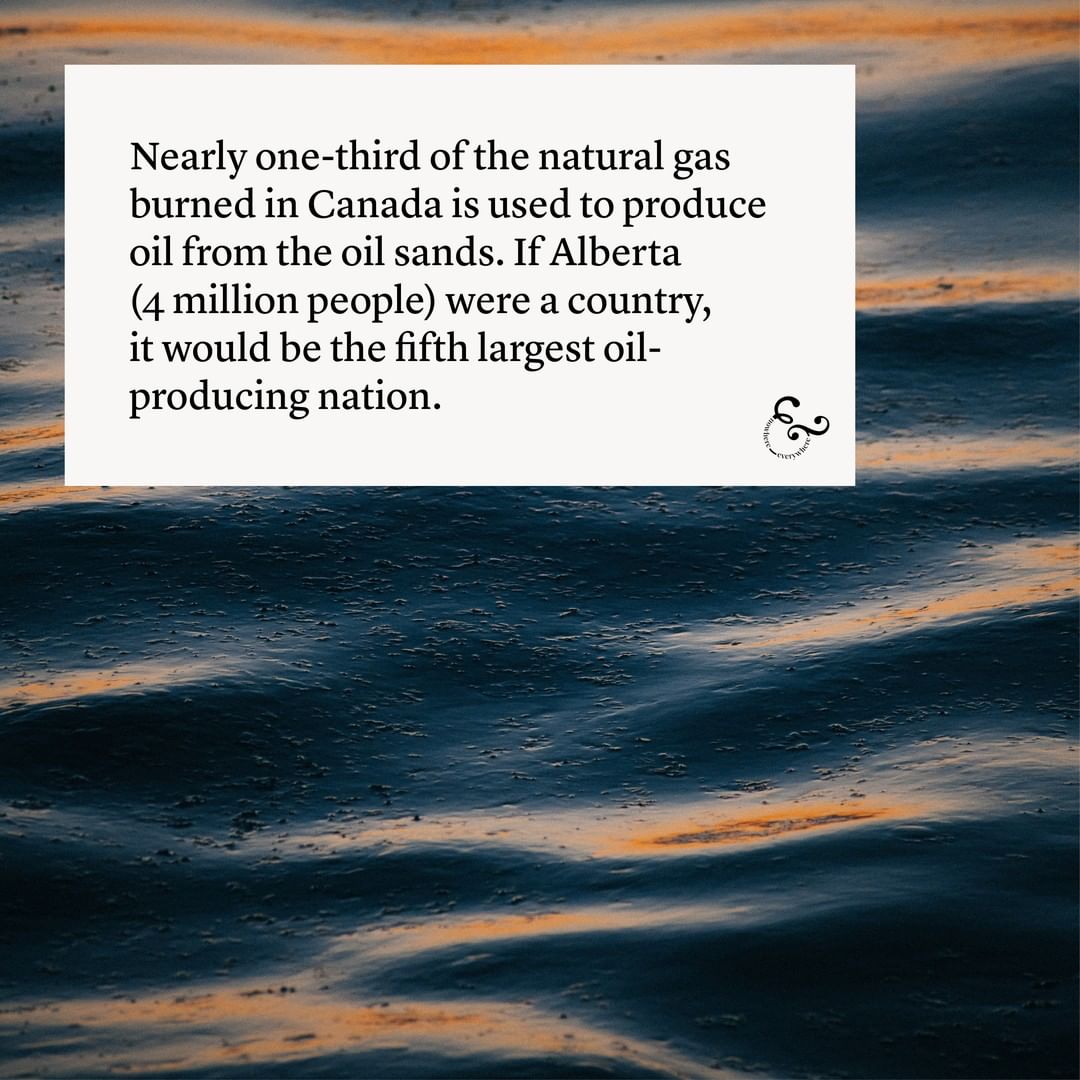