An estimated 165 billion packages were shipped in the US in 2017, and many of them had polybags inside, protecting the garments or electronic components or… buffalo steaks. The Environmental Protection Agency reports that US residents use more than 380 billion plastic bags and wraps yearly. A lot of this plastic — 8 million tonnes a year — goes into the ocean, where researchers aren’t sure if it will ever truly biodegrade. More likely it will just break into smaller and smaller toxic bits, which (despite being microscopic) are getting harder and harder for us to ignore. For example, in December, researchers discovered that 100 percent of baby sea turtles studied have plastic in their stomachs and microplastics have been found in tap water around the world! We all need to learn how to quit plastic, including online shopping companies. Vox has written a great piece on some alternative options and why replacing polybags has been so difficult.⁣
⁣
P.S. One of the bonuses of running our own little production studio is that we don’t ship every item in individual plastic bags – or plastic at all. Win! 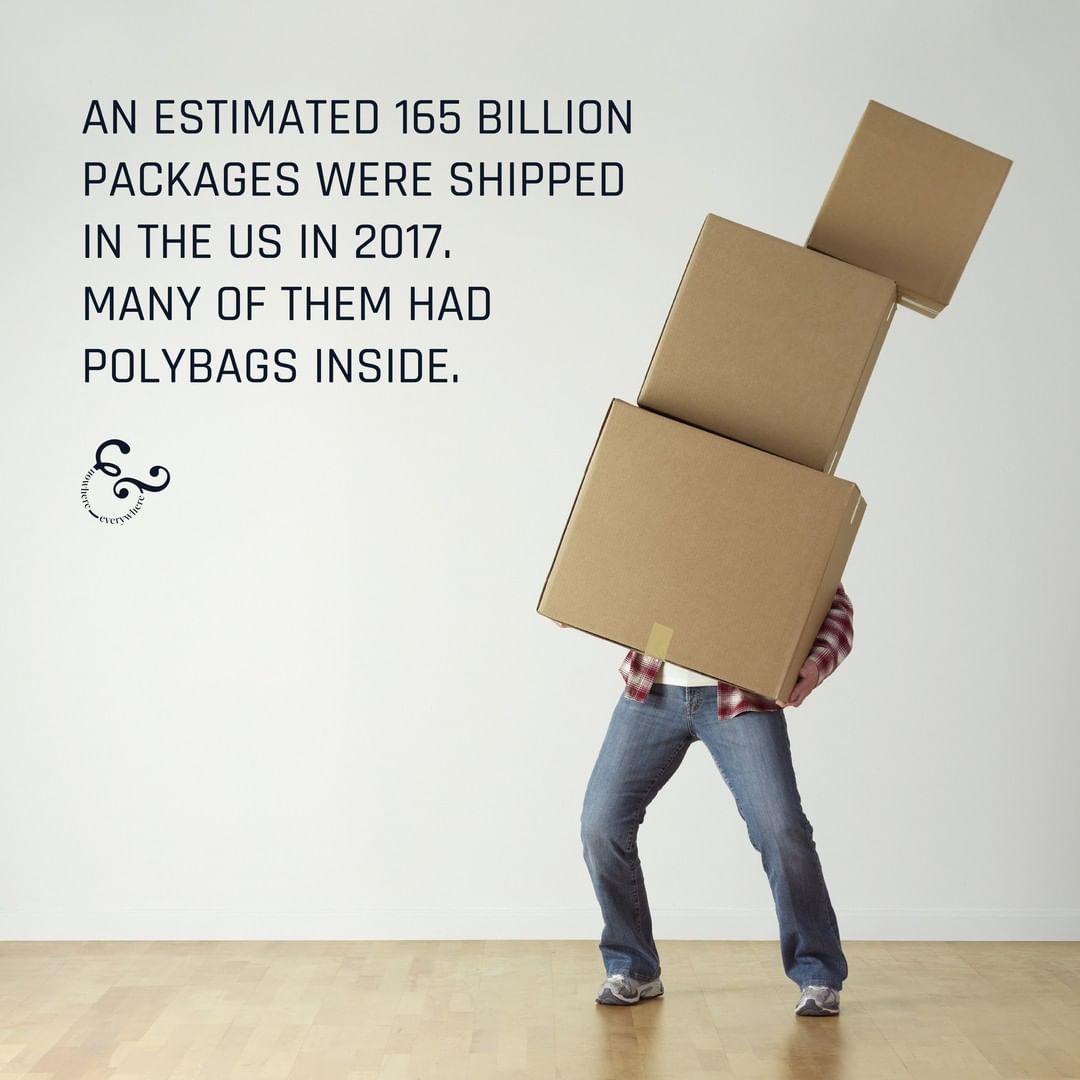