Australia is in a bushfire catastrophe - Nowhere & Everywhere

The Amazon fires captured our attention but we are not training our eyes enough on Australia at the moment. Australia might not have Bolsonaro in charge but it has had years of climate-denying and deliberate frustrating of the global movement (as seen just last week at the COP25 in Spain where Australia, the US & Brazil joined forces to stop action). Even though it has a tiny population for the huge size of the country, Australia has one of the highest median wealths in the world, the highest mammalian extinction in the world, provides nearly 30% of coal on global markets, has one of the highest per-capita footprints in the world, is the third largest exporter of fossil-fuels after Saudi Arabia and Russia, and its biggest exports are mined-minerals and beef. And it’s on fire.
Kicking off a couple of months ago, the rainforest in Queensland has links to the supercontinent Gondwana of 180m years ago. It burned. Since then, swaths of the east coast of Australia have seen massive bushfires. More than 3 million hectares have already burned (nearly double that of the 2018 California fires). Koala habitat has been destroyed, already suffering from human encroachment. This week saw major fires start in three other large states.
Sydney has been covered in smoke for a month with some days worse than nearly any other city on Earth. Fire season started early, Australia has been in drought and this week broke the hottest day across the country twice – first recording an average temp of 40.9C and breaking it again at 41.9C (107.4F). It’s important to remember bushfires are normal; it’s part of the natural cycle and Indigenous peoples use fire to effectively manage land. What isn’t normal is the length of the seasons, the droughts, the frequency, the scale and intensity – and places like rainforest. These are climate change exacerbated causes and need to be addressed. Australian leadership is currently absent with the deputy PM recently calling climate protestors “inner-city raving lunatics”. Climate Analytics estimates that by 2030 Australia, with 0.3% of the population, will be linked to ~13% of the GHG that can be emitted to meet Paris goals. 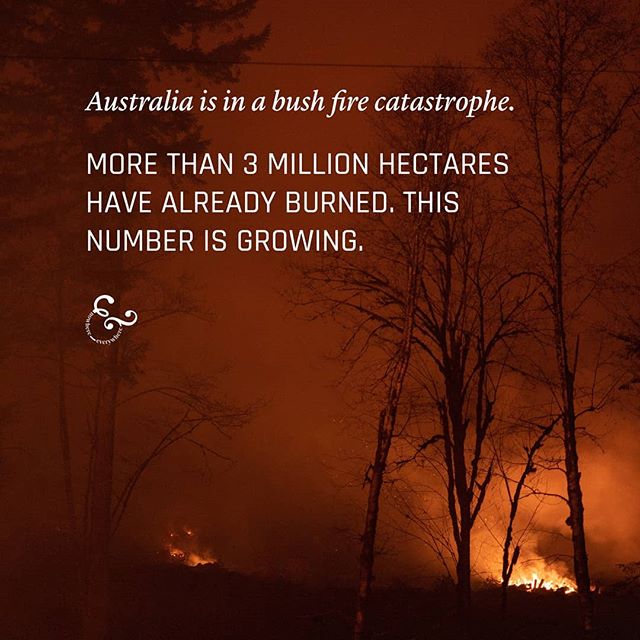