In this NYT bestseller, Rachel Maddow takes on the oil industry in this book to analyze the political (and climate) consequences of the industry. Who here has read it? Apparently it’s excellent on audible too.

In 2010, the words “earthquake swarm” entered the lexicon in Oklahoma. That same year, a trove of Michael Jackson memorabilia—including his iconic crystal-encrusted white glove—was sold at auction for over $1 million to a guy who was, officially, just a forestry minister of the tiny nation of Equatorial Guinea. And in 2014, Ukrainian revolutionaries raided the palace of their ousted president and found a zoo of peacocks, gilded toilets, and a floating restaurant modeled after a Spanish galleon. Unlikely as it might seem, there is a thread connecting these events: the oil and gas industry.

The oil and gas industry has weakened democracies in countries across the world, polluted oceans and rivers, and propped up authoritarian regimes. But being outraged at it is, according to Maddow, “like being indignant when a lion takes down and eats a gazelle. You can’t really blame the lion. It’s in her nature.”

Blowout is a call to contain the lion instead: to stop subsidizing the wealthiest businesses on earth, to fight for transparency, and to check the influence of the world’s most destructive industry and its enablers. Maddow writes, “Democracy either wins this one or disappears.” 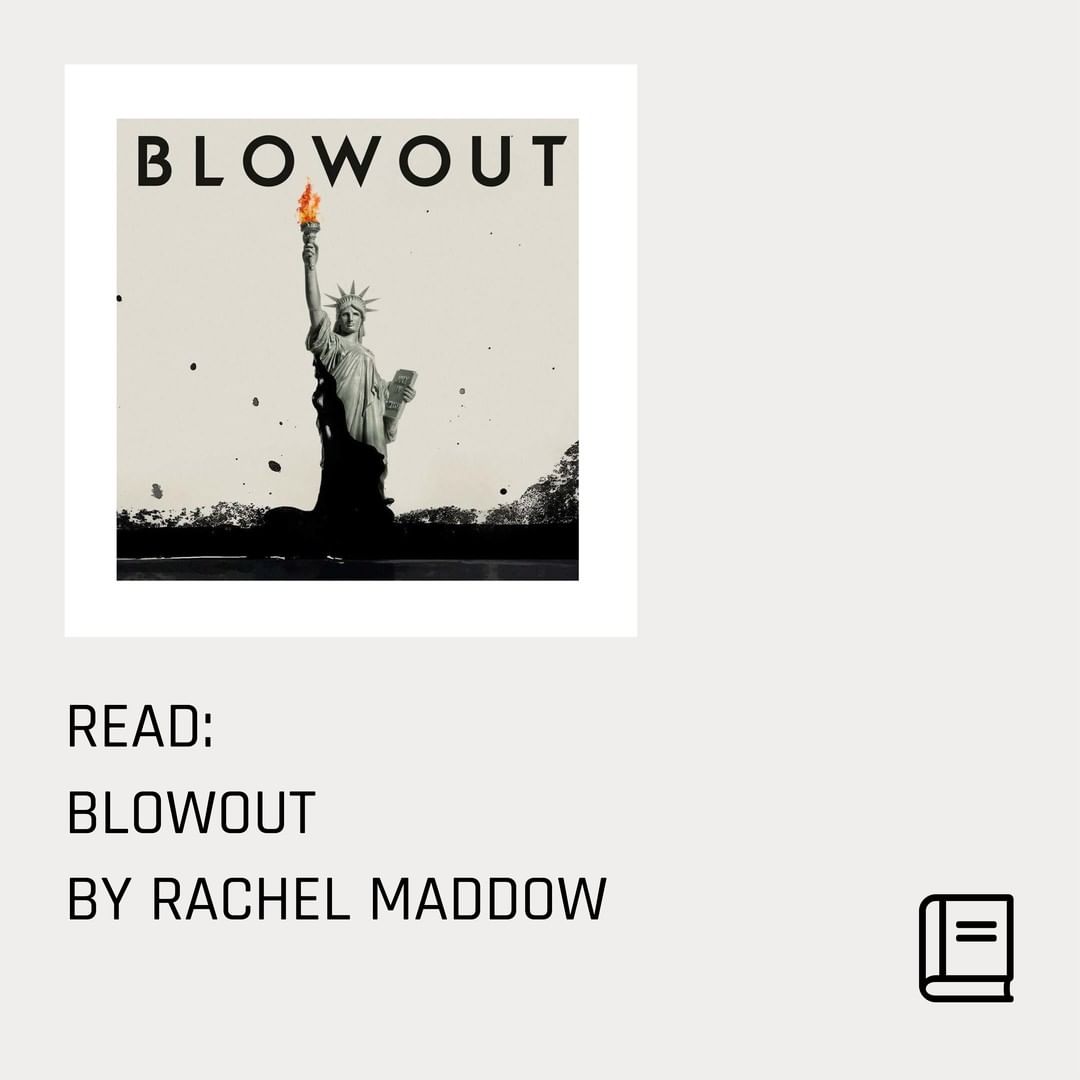