By 2050, the Earth could be home to as many as 10 billion people - Nowhere & Everywhere

By 2050, the Earth could be home to as many as 10 billion people, up from the current 7.5 billion. Unless there can be a massive increase in agricultural yield, combined with the challenge of massive decreases in water and fossil fuels, starvation could become the 21st century’s most urgent problem. ⠀
⠀
The Netherlands has become an agricultural leader in the future of farming. This small but densely populated country, with more than 1,300 inhabitants per square mile, is lacking almost every resource necessary for large-scale agriculture – most of all, land. Yet it’s the globe’s number two exporter of food by value, second only to the United States which has 270 times its landmass. How on Earth have the Dutch done it? By using the world’s most efficient agricultural technologies!⠀
⠀
Almost two decades ago, the Dutch made a national commitment to sustainable agriculture under the rallying cry “Twice as much food using half as many resources.” Since 2000, farmers have reduced dependence on water for key crops by as much as 90%, and completely eliminated the use of chemical pesticides on plants in greenhouses.⠀
⠀
One example of this commitment to sustainable agriculture are these photos. This is a rooftop farm producing vegetables and fish in Den Haag (The Hague) Netherlands, built on top of a factory. In a self-sustaining loop, these tomato plants are fertilised with fish waste and in turn filter the water for the fish. Opened in 2016, the operation includes a produce market and a bar. Local restaurants proudly offer the veggies and “city swimmers.”⠀
⠀
Photography by National Geographic 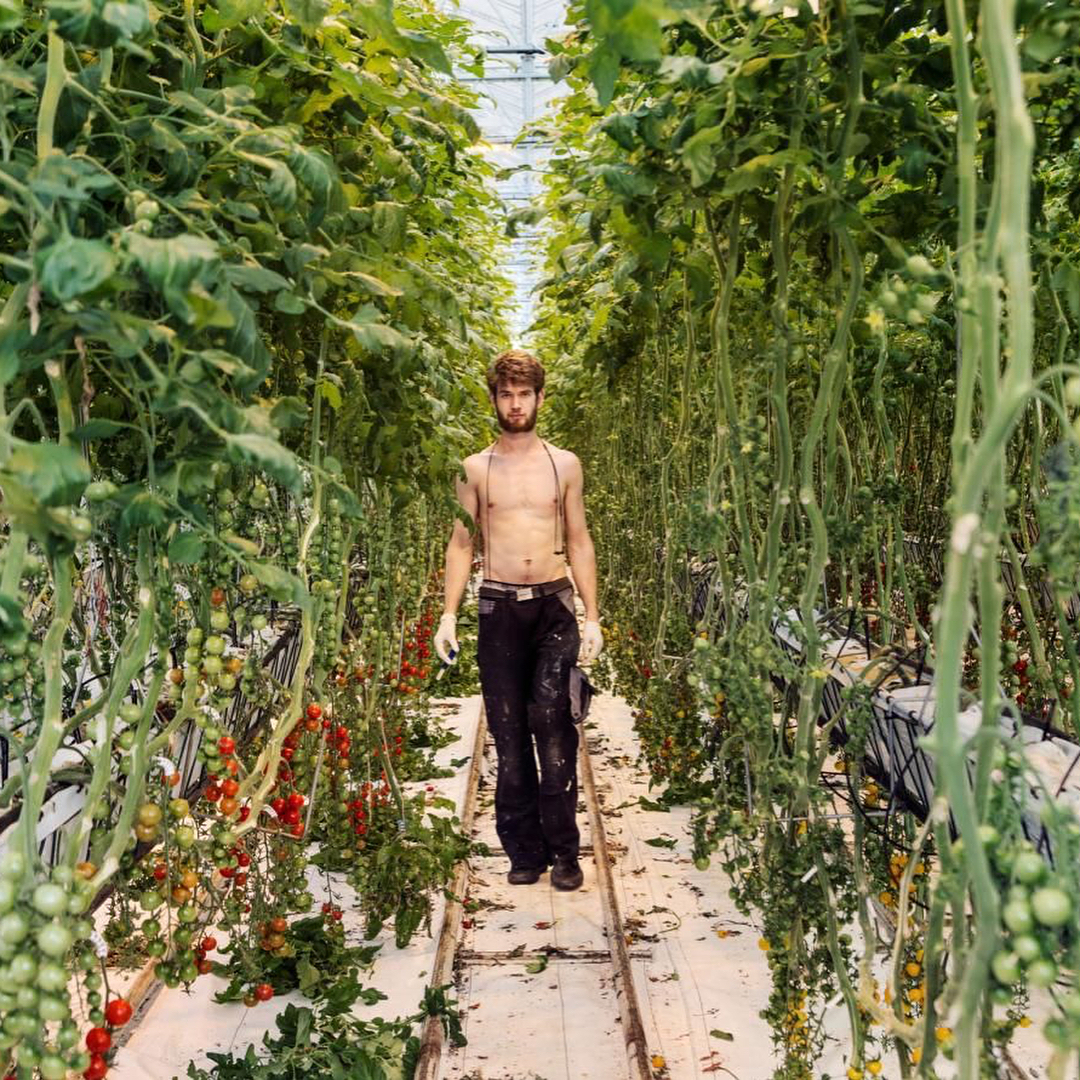