China is holding the water back - Nowhere & Everywhere

Lis here – last year I lived in one of the worst droughts I’ve ever experienced in Cambodia. It was for all the locals too. It was the second ‘one in one hundred year’ drought in just three years. Everything shut. The little electricity we have (lots of villages in our area still have none) is run on hydropower and went down for weeks at a time. Generator costs skyrocketed to unaffordable rates.

I was holding workshops on how climate change happens and figuring out what we could do about crops (local harvests were 40%). The second rice sowing of the year was banned by the govt. The new canals were empty. Children couldn’t go to school; not just because it was so hot and the fans couldn’t be used but because the toilets didn’t have water and children were having fits due to dehydration. I can’t really describe how bad it was. People were hungry. I saw my first climate migrants.

Since then there’s been an increase in journalism + intnl reporting on what exactly happened. Was it entirely climate change induced? El Nino? As it turns out, China was involved. That’s a difficult topic (I’ve written before about why that is) but China is wielding enormous influence and new research shows that Beijing’s engineers appear to have caused record low water levels by limiting the river’s flow in Thailand, Laos, Cambodia & Vietnam. “The satellite data doesn’t lie, there was plenty of water in the Tibetan Plateau, even as countries like Cambodia and Thailand were under extreme duress”.

China has been damming the Mekong over the past ten years. It built and owns all the dams in Cambodia. It’s nearly identical in Laos. It has many within China. Scientists and conservationists are increasingly concerned we may lose the Mekong; something tens of millions of people rely on for food and income. It is exceptionally painful to know this is why the suffering was worse.

I don’t know how to explain this when I’m back and my privilege protects me from the horror, but I recommend reading: 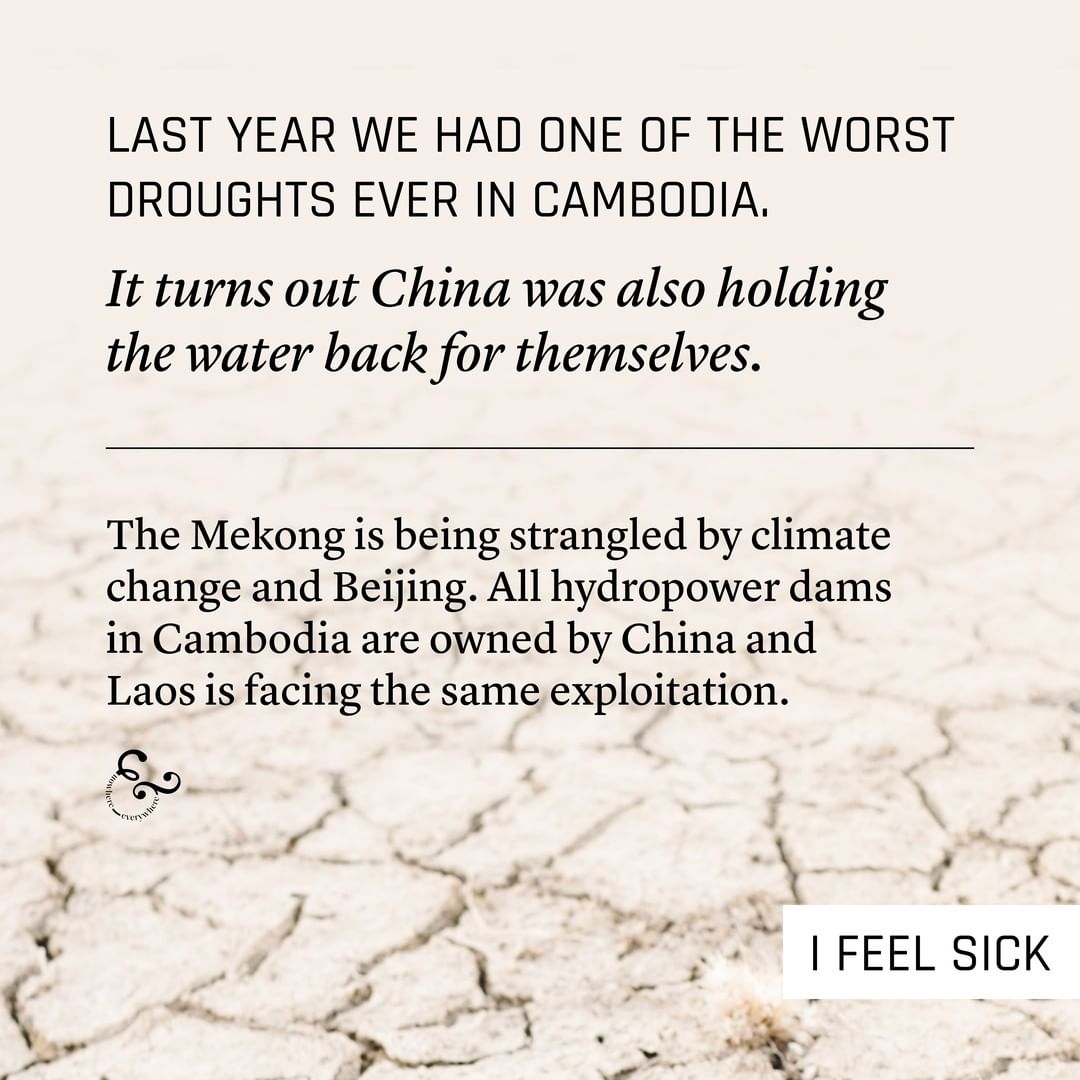