Researchers have alarmingly found that warmer temperatures not only increase insect metabolism but also undermine the ability of crops to fend off insect attacks. When these two stressors combine, crops are forced to make a tradeoff between releasing chemicals to deter insects and cooling their leaves. Releasing the defence chemicals blocks the leaves’ cooling strategies, which affects photosynthesis and plants growth. Based on expected spikes in insect metabolism alone, crop loss from insects has been predicted to increase by 10-25% for each degree of temperature rise. Oooph. 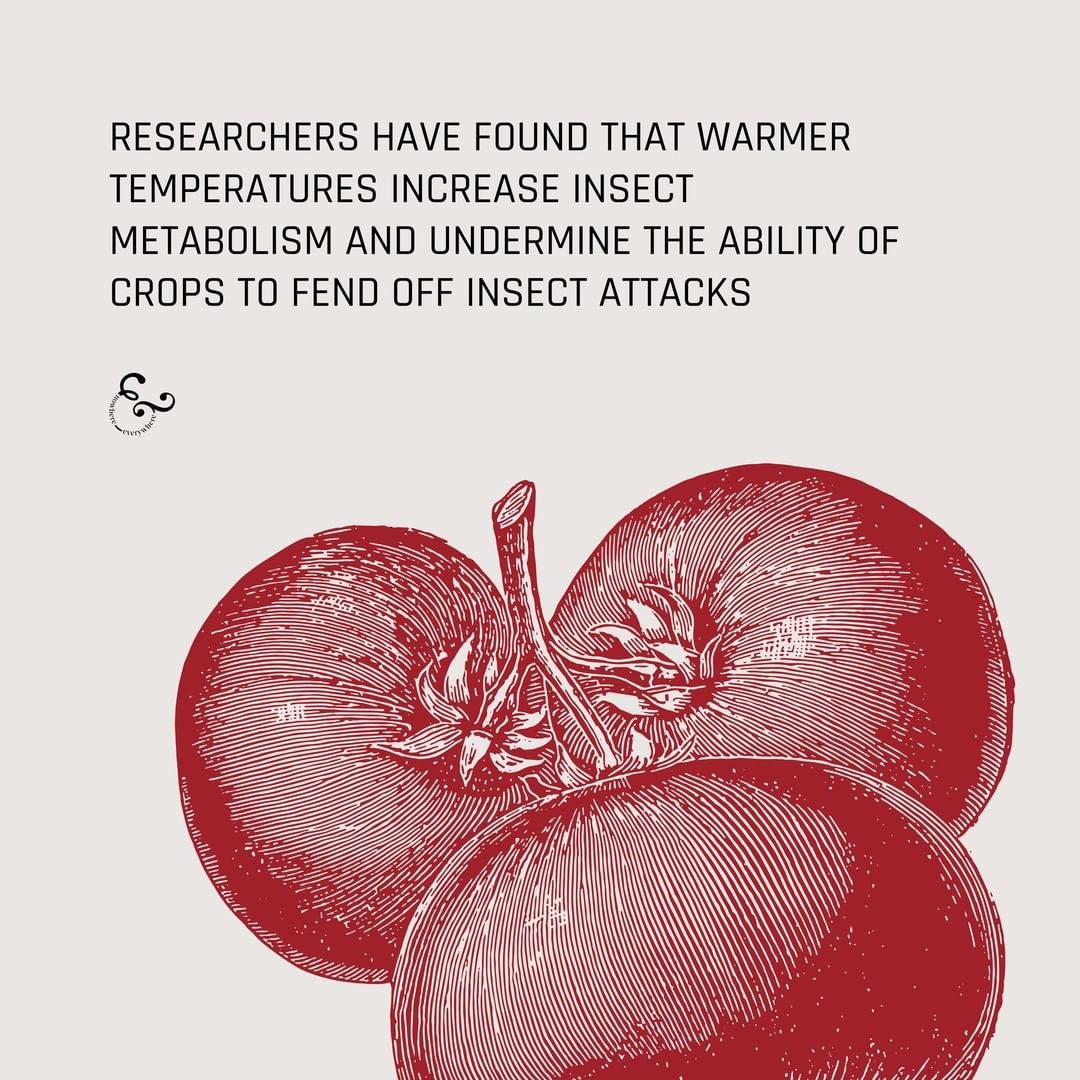