Did you know Cambodia has tigers? - Nowhere & Everywhere

Most visitors have no idea Cambodia even had tigers up until very recently (they’ve got a leopard too!). The last tiger from Cambodia was recorded in 2007. There is believed to be a handful of tigers left in neighboring Vietnam and Laos. Only about 250 Indochinese Tigers survive (mostly between Myanmar and Southern China). This all happened due to humans; shrinking habitat, encroaching human populations and poaching.⁠
⁠
Acknowledging the species’ functional extinction from Cambodia, tiger reintroduction was identified as a critical action in the Cambodia Tiger Action Plan. Cambodia became the first country to acknowledge 21st century national extirpation (local extinction) of tigers and to develop clear steps for recovery. ⁠
⁠
The Wildlife Alliance in Cambodia has identified two potential re-introduction locations and is working with stakeholders to move tiger reintroduction plans forward and ensure the country makes a contribution to the global goal of doubling wild tiger numbers. It’s a tough ask and a lot of protection and regulation needs to be put in place to ensure what caused their decline doesn’t happen again, but if properly conducted, it will likely help protect other species too.⁠
⁠
Photo: @wildlife_alliance 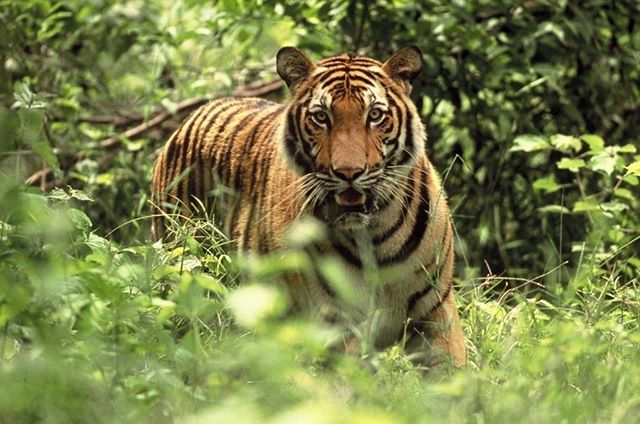