In 1982 Exxon predicted that by 2019, atmospheric carbon dioxide levels would rise by about 80 parts per million to reach 418 ppm. They were just about dead on; within about 10% of the actual increase based on current measurements of 410 ppm globally.⁠
⁠
In the late 1980s, Exxon began funding conservative think tanks like the Cato Institute whose scientists inaccurately stated that temperatures would remain essentially unchanged. Exxon knew about the dangers of global heating and yet quietly gave tens of millions of dollars to groups that tried to convince the public otherwise. ⁠
⁠
It’s been highly effective. Nearly four decades later and in some major countries of the world (looking at you America & Australia), considering climate change as fact is now a partisan issue. Globally we’re not even coming close to addressing the problem. Meanwhile Exxon has made billions in profit without restriction and we’re arguing about very small-scale laws and discussing green growth as if the only solution is to continue growing our economy.⁠
⁠
To be clear, consumers are also part of that problem.⁠
We should all be taking action to reduce our consumption, decrease our house sizes and get significantly more uncomfortable. Opt out of what everyone has told you you need to have. Opt out as much as possible of the prescripted life of economic growth where you can. But outside of that, we need everyone to be rallying their governments away from fossil fuels and to be holding companies accountable. We need to make ecocide law a reality and hold executives to account. And to really get out of this mess we need a different economic system that doesn’t incentivize these huge risks in the first place. ⁠ 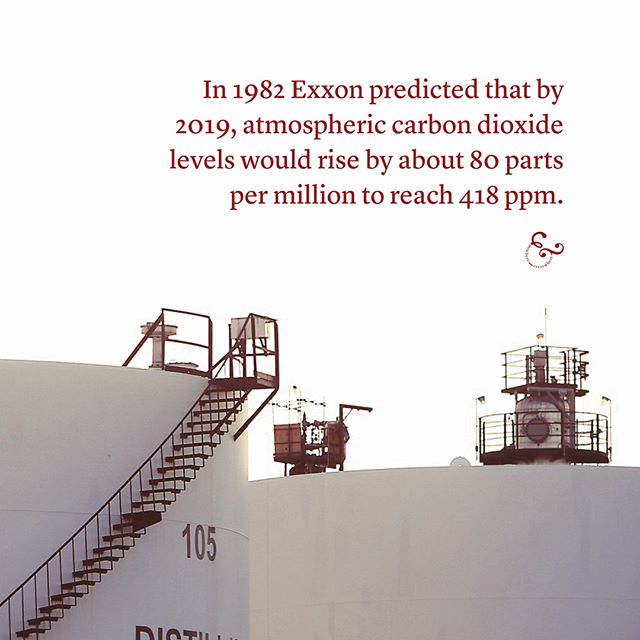