ACT AND REPORT BACK // Globally, subsidies to fossil fuels were up 11% between 2016 and 2017, reaching $300 billion a year. The Renewables Global Status Report has indicated that while at least 40 countries have undertaken some level of fossil fuel subsidy reform since 2015, fossil fuel subsidies remained in place in at least 112 countries in 2017, with at least 73 countries providing subsidies of more than USD 100 million each. That is about double the estimated support for renewable power generation. And that’s just direct subsidies.⁠
⁠
A recent paper from the International Monetary Fund (IMF) estimates total fossil fuel subsidies — both direct, in terms of tax and cash transfers, and indirect, in terms of unpriced environmental damages — reached $5.2 trillion in 2017. ⁠
⁠
Slide across for some more quick facts and then time for action! This week we encourage you to petition your Government to stop fossil fuel subsidies and report back! First things first, time for some research – let us know how much your country contributes to subsidies. We’ve put together a list of what to do next – we’d love to hear how you go.

See all the templates and facts here. 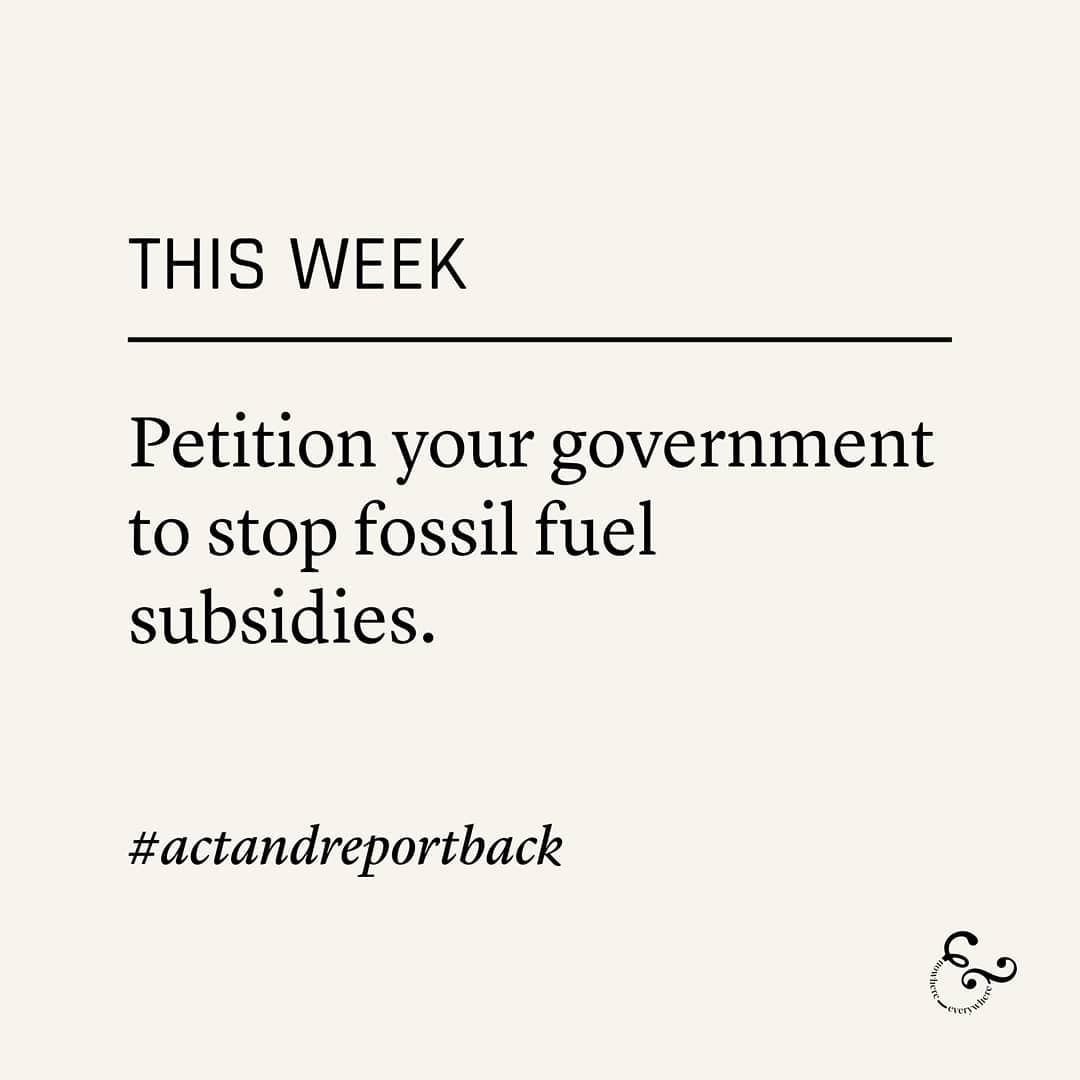