French Guiana is a small territory on the north-eastern coast of South America and is one of the most forested nations on the planet. Its precious ecosystem is also under threat from illegal gold mining where gold deposits can be found just 15m (50ft) below the forest floor. When the global economic crash of 2008 caused the price of gold to skyrocket, a gold rush began all over the Amazon jungle. ⁠
⁠
Since then, the price of gold has continued to soar and illegal gold mining has destroyed swathes of jungle from Ecuador across Peru, Colombia and Venezuela to Brazil. In French Guiana, which has a population of less than 300,000 people, there are an estimated 8,000 to 10,000 illegal miners.⁠
⁠
“Mercury, used in the extraction process is the big problem. It pollutes the rivers, which then poisons the fish, which then in turn poisons the people who eat the fish” – Dominick Plouvier, conservation expert and director of Amazon Conservation Team.⁠
⁠
The French Foreign Legion patrols the dense rainforest and it’s their job to find the small-scale miners and to destroy their camps. But despite all their armory, helicopter support, boats, and GPS tracking, they rarely catch anyone. Often by the time they arrive, the diggers have been tipped off and fled. ⁠
⁠
Operating across an area the size of Ireland, a team of 400 men simply cannot be everywhere at once. But that too is not a long term solution. “Gold mining is such an important livelihood in this area, you can’t just say ‘don’t do it. Many local people as well as Brazilians depend on this economy. If you want to stop the destruction of the forest, you need to offer legal and sustainable alternatives.”⁠
⁠
Read more on this story: BBC 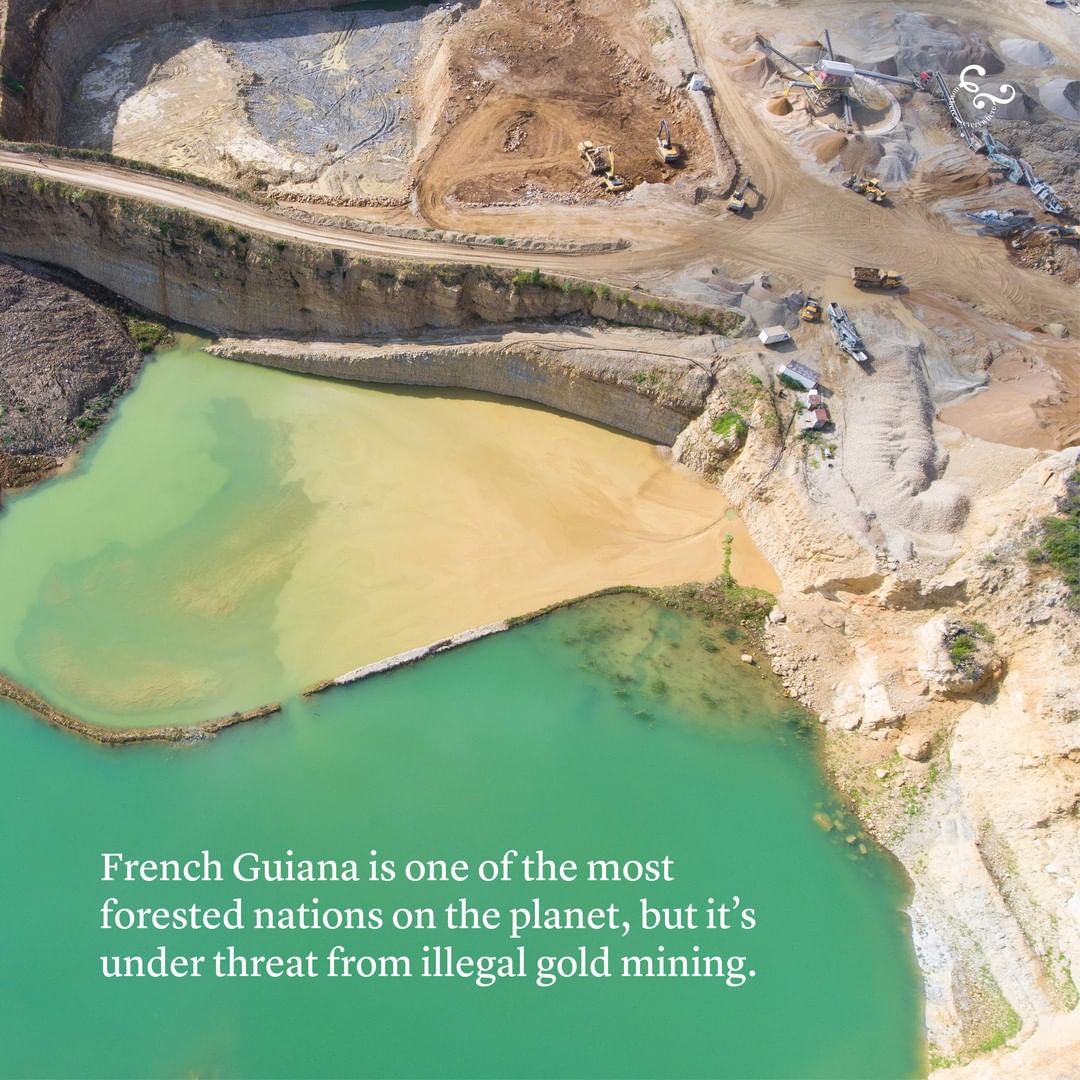