"Green growth" is not the answer - Nowhere & Everywhere

New data has suggested that you can support capitalism or the environment—but it’s hard to do both. Many policymakers have responded to environmental threats like climate change, soil degradation, deforestation and the collapse of fish stocks by pushing for “green growth”. The idea of green growth is that by investing in more efficiency technologies and introducing the right incentives we’ll be able to continue growth whilst reducing our impact on the environment (which is already at an unsustainable level).⁣
⁣
As the author Jason Hickel points out, a decoupling of rising GDP from global resource use has not happened and will not happen. While 50 billion tonnes of resources used per year is roughly the limit the Earth’s systems can tolerate, the world is already consuming 70 billion tonnes.⁣
⁣
At current rates of economic growth, this will rise to 180 billion tonnes by 2050. “Green growth” focussed on maximum resource efficiency, coupled with massive carbon taxes, would reduce this at best to 95 billion tonnes which is still way beyond environmental limits. ⁣ 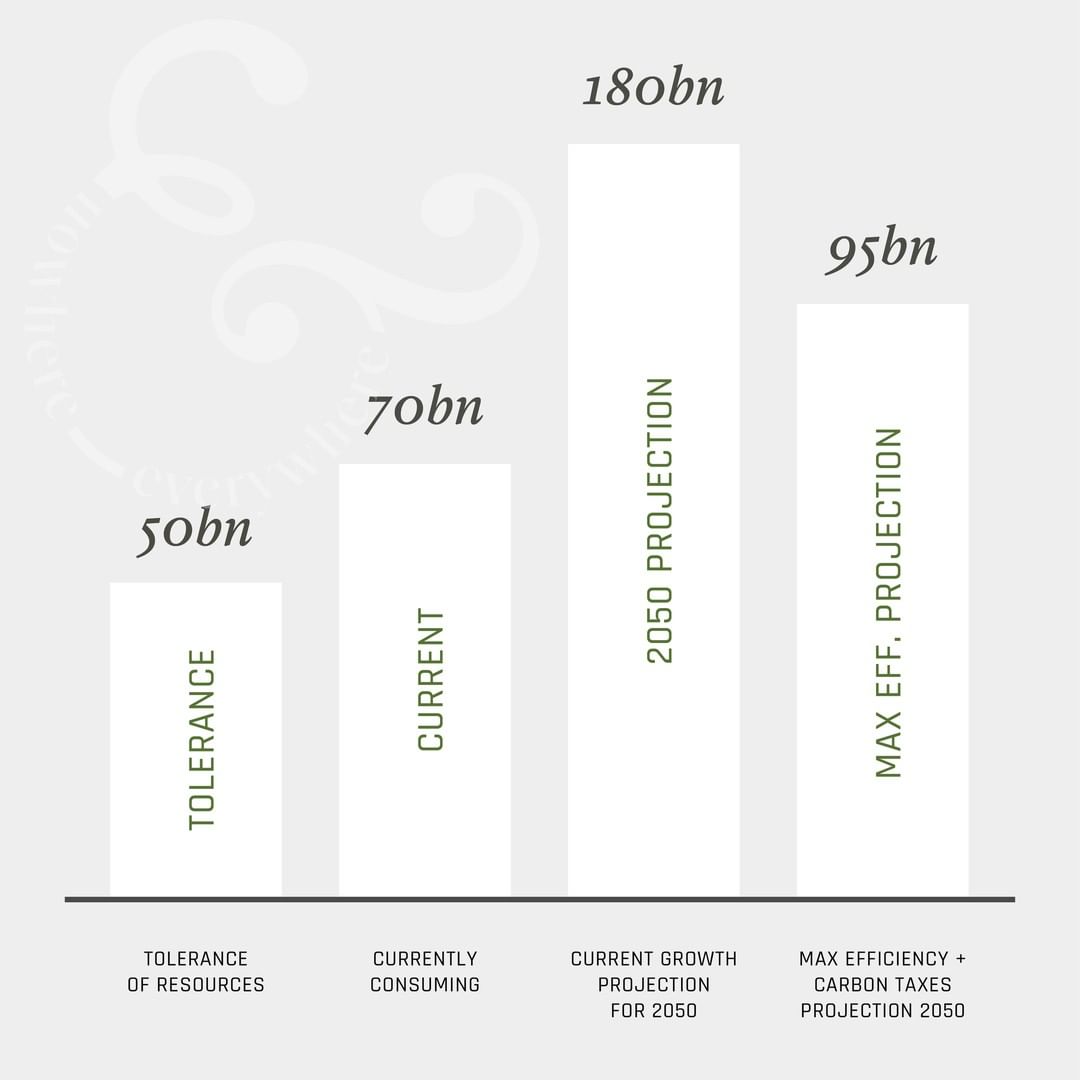