Greenland has been rather melty this Summer - Nowhere & Everywhere

This chart is not good. Greenland has been melting at an accelerated rate for some two decades and is now melting at an astonishing pace. In the last week of July, the melting reached levels that climate models projected for 2070 – 50 years from where we are now – in the worst-case scenario.⁠
⁠
Greenland melt contributes to sea level rise and increased emissions as exposed permafrost thaws. As the snow thins and recedes, dark rocks & soil are exposed and instead of reflecting heat, it absorbs more heat than white snow. This is all part of a feedback loop. This year, the melt season started one month early too. Scientists say that somewhere between 1.5 and 2 degrees global warming Greenland will reach a tipping point and the ice sheet will eventually disappear, raising our seas unimaginable amounts. ⁠
⁠
We’re all concerned about Greenland but it’s personal too. People are being directly affected right now. A first-of-its-kind survey conducted in December last year by the University of Copenhagen, the University of Greenland and Kraks Fond Institute for Urban Economic Research showed eight in ten residents say that they have directly experienced climate change and over 60 percent think that it’s extremely important or very important to them personally. ⁠ 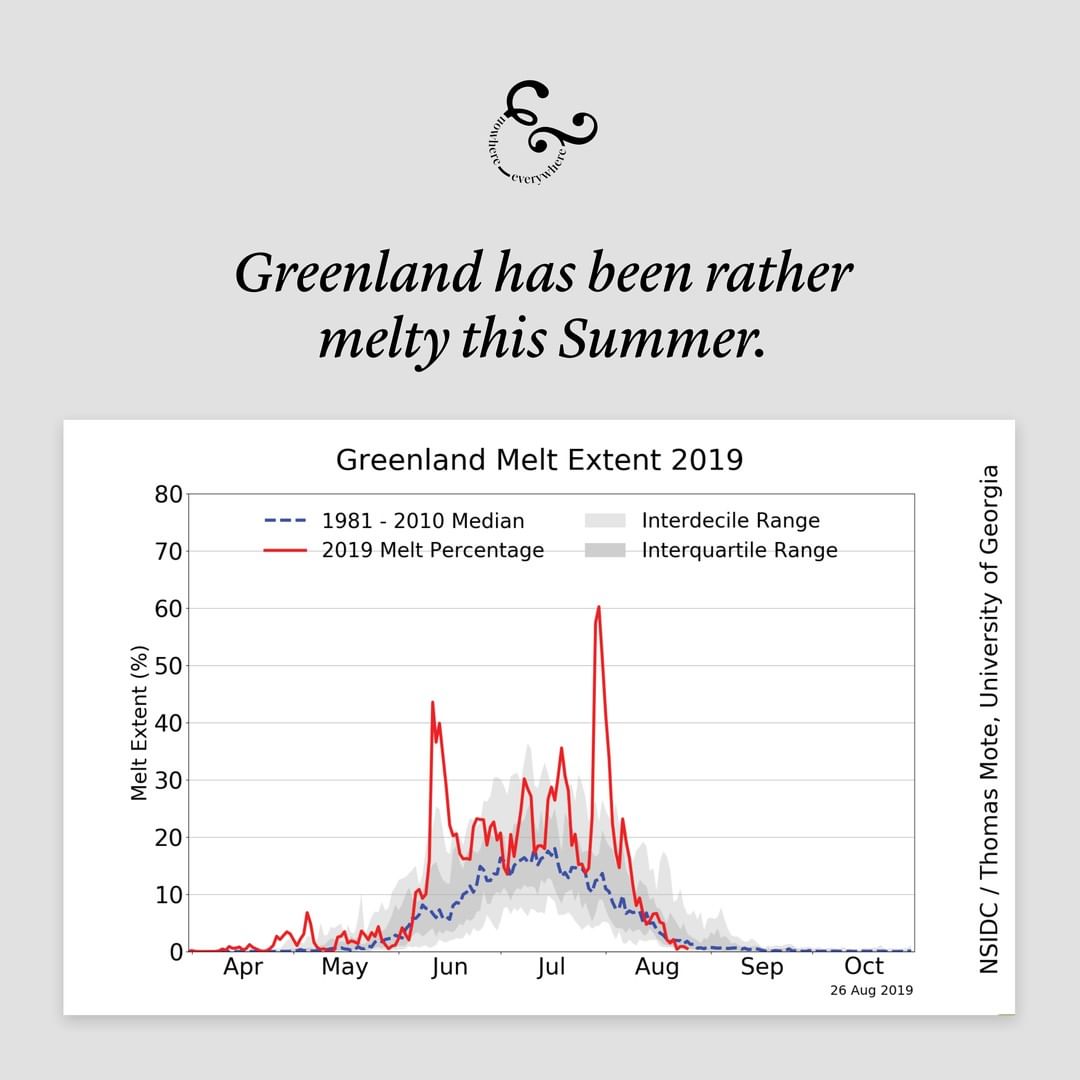