In 1970, 20 million Americans took to the street - Nowhere & Everywhere

🌍 April 22 is Earth Day! The theme this year is climate action. We know it’s pretty hard to concentrate on this during a pandemic (totally understandable). There’s plenty we can learn and notice during this period though (we’ve got a detailed article on Covid and the climate up on our site). How are you feeling with it all? ⁠
⁠
As the year of the 50th anniversary, climate change is the biggest challenge of our future. ⁠
⁠
The first Earth Day in 1970 launched a wave of action including the passage of landmark environmental laws in the United States. The Clean Air, Clean Water and Endangered Species Acts were created in response to the first Earth Day, as well as the creation of the Environmental Protection Agency (EPA). It’s sometimes hard to imagine this in today’s world! Many countries soon adopted similar laws. ⁠
⁠
In 2016, the United Nations chose Earth Day as the day when the Paris Agreement on climate change was signed into force.⁠
⁠
Are you doing anything special? How about we all do something gentle and small this year? An Earth shaped cupcake (tag us in!). Smelling the plants outside if you’re allowed around your streets. Going foraging for something local in your area. Reading up on a local policy up for public comment in your local area. Gathering us all into a Zoom conference on cooking with leftovers and food waste? 🙂 ⁠
⁠
Check out our previous post for some more ideas.⁠
⁠
🌽🍌🥕🍇🍏🍅🥒 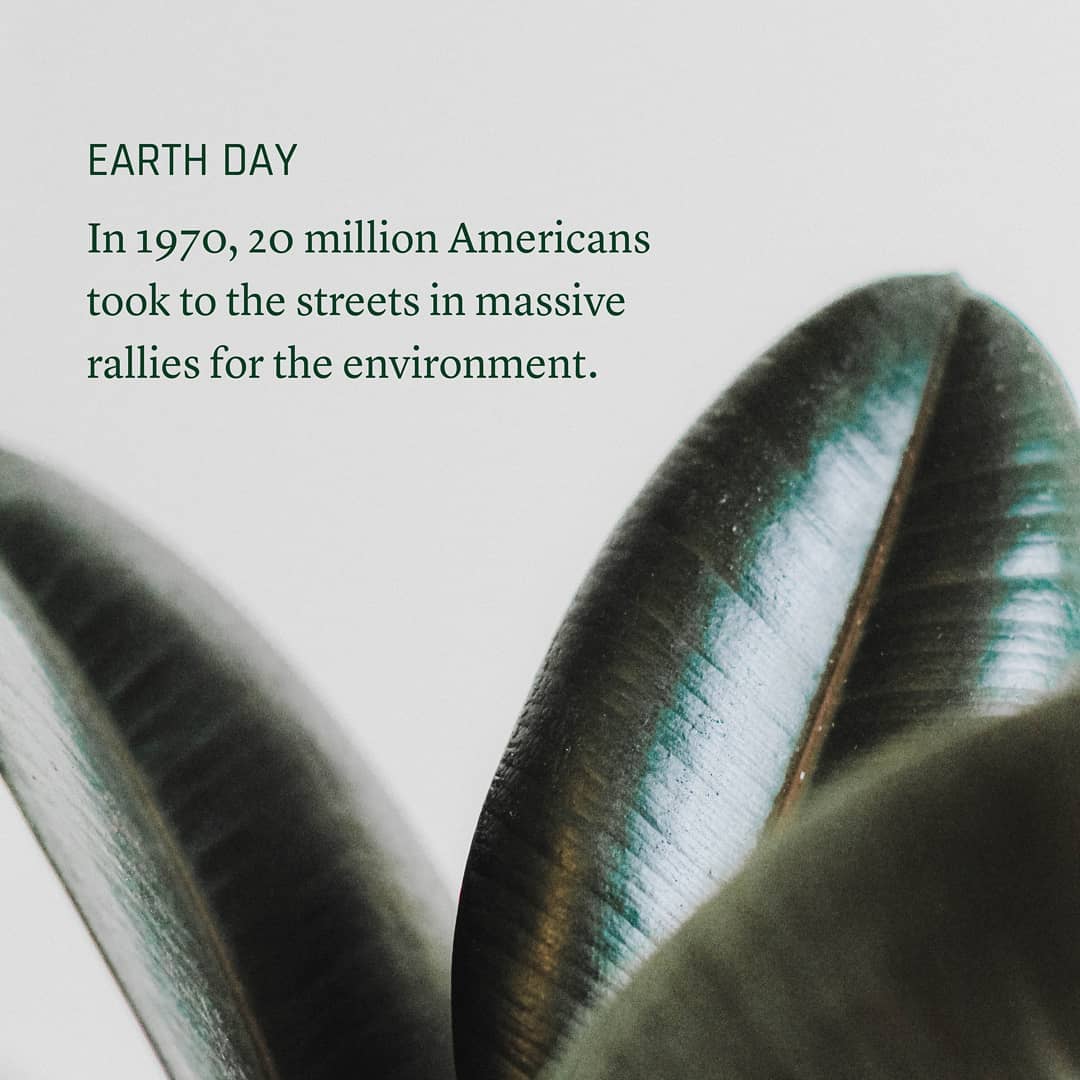