In the 1970s, Germany had around 50,000 landfills. Then in 2005 Germany imposed a ban on traditional garbage dumps, replacing them with one of the most advanced waste-management systems in the world. Now, in a country of 83 million people, there are less than 300 landfills and they don’t accept unsorted garbage.

They only receive what is left after recyclable items have been removed from the waste chain and the rest cycles through compressing it into an inert mass.

In 2020 it’s predicted those landfills will be completely out of operation because by then Germany plans to make use of all garbage and the energy produced by it. 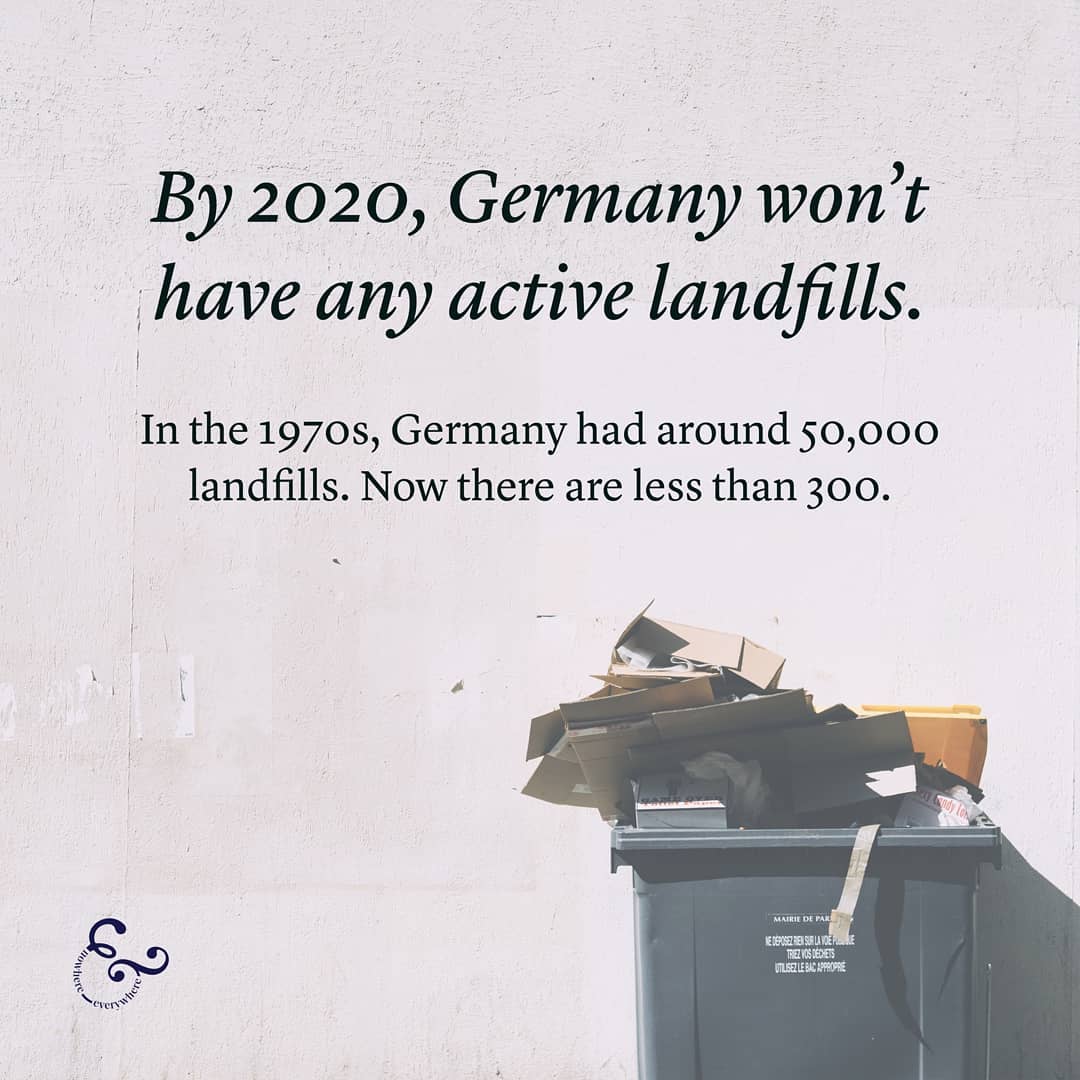