Right now, teams in China, Japan, Spain, Portugal, Greece, Mexico, and Chile are experimenting with new methods of intensive octopus farming. The main markets for the octopus are restaurants in Japan, South Korea, northern Mediterranean countries, the United States, China, and Australia. Rich countries who don’t need octopus to stay healthy and fed.⁣
⁣
Octopuses are conscious, capable, and highly intelligent. They are solitary, and badly suited to captivity. Confined in tiny cages, they suffer and die; confined together, they kill each other. It’s immoral and awful. Octopuses are also carnivorous so like farming other wild ocean animals, it would have major environmental consequences. Farming octopuses, like salmon and tuna, will increase pressure on wild sealife as more is required to feed the farmed animals.⁣
⁣
We don’t eat octopus daily. They’re not part of any staple diet in the world, and there are no octopus factory farms yet. So, rather than spending decades fixing the mistake (and it will be another huge one) we can actually just… not make the mistake. And that’s a pretty rare opportunity in our world.⁣
⁣
What can you do? If you’re in one of the above mentioned countries, create pressure on your local and national legislators to ban the sale of farmed octopus. If we ban it, before we start it, we might just avoid one horrendous mess. You can also call and email companies experimenting with the farming and call on them to be stopped.⁣
⁣
Vox has a brilliant article on this from where the above info arrives. 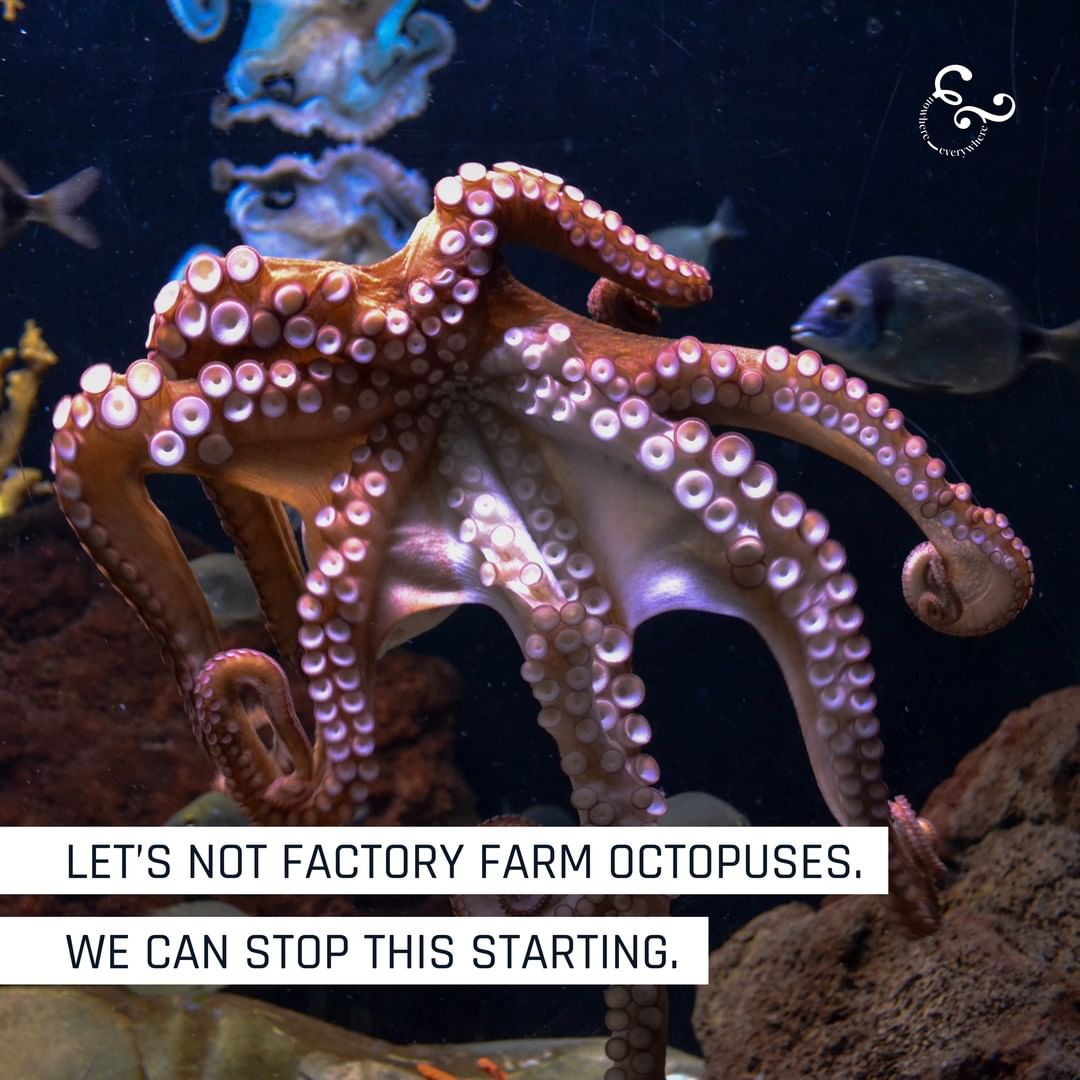