Is it really vegan if it has palm oil? - Nowhere & Everywhere

Ok team – we know this one can go deep. Can we have a good conversation about it? We’re mostly plant based, non-dairy vegetarians around here and totally admire the commitment to being completely vegan (where it is accessible to you). But, aside from the plastic waste & synthetic ingredients a lot of these new vegan products have, we do have a bit of a query about palm oil and whether products that include it, should be allowed to be labelled and advertised as vegan; particularly as more and more new people trying to do the right thing start to dabble in vegan products. Is this misleading? We believe every product should have to declare palm oil and other awful ingredients to help consumers.

Generally vegans don’t wear wool or eat honey – animals that are mostly not killed from these practises. But many vegans do consume a whole lot of palm oil – particularly in packaged foods and toiletries. When you’re a fairly strict vegan in regards to wool & honey due to the exploitation and harm of animals – knowing orangutans are being killed in the hundreds of thousands to the point of endangering them (along with tigers and other animals) and entire rainforests destroyed for your product – that surely cannot be vegan and others might not know this at all? So many new people are getting interested and buy based off the vegan label for environmental or animal purposes.

There is indeed no good alternative to palm oil at scale but by cutting out your processed foods and sourcing ethically you’ll remove the vast majority of it. This is generally really practical for food (eat fresh & local). Do you think it should still be labelled vegan?

P.S. We know we can pull this string a lot longer of course too. One could easily argue that nearly all products & fabrics take resources from mining, oil drilling and land clearing thus killing millions upon millions of animals – all items vegans use just like everyone. That’s not something all us consumers can solve on our own right now.

We wrote more about this here. 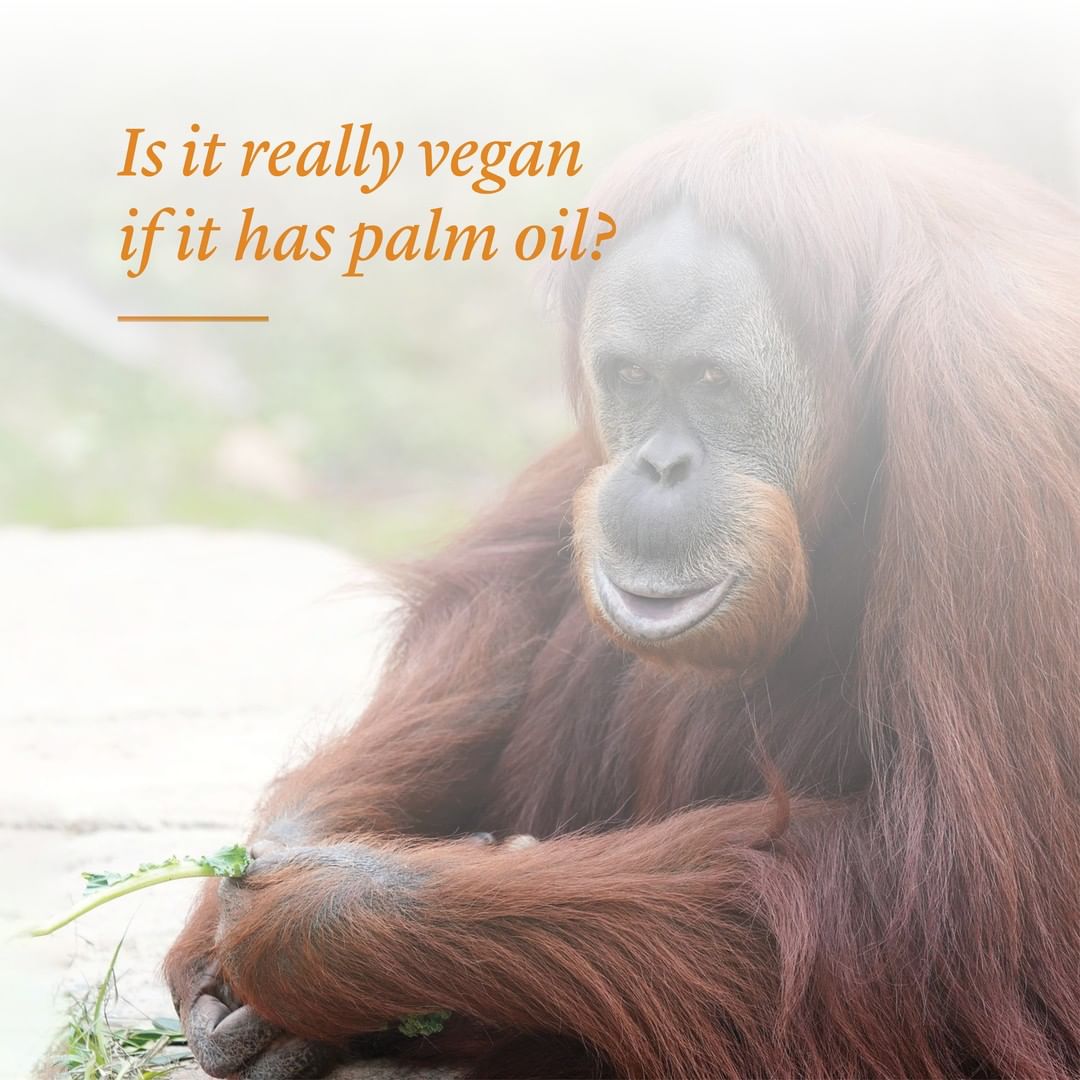