An estimated 9% of the 458 fish species assessed in Lake Malawi are at high risk of extinction. This is worrying because the lake, and the fish species that occupy it, are very unique. Lis has camped around here and attests to the beauty of this place. “I knew I was inland, but for a moment I thought I had somehow made it to the ocean, the lake is that big!”

At over 500km (310 miles) long, Lake Malawi has more distinct fish species than any other lake in the world. New species are discovered regularly and some scientists believe that the lake may contain more than 2,000 species. As a result of this exceptional diversity, the lake is considered a global biodiversity treasure because almost all of the species that it contains occur nowhere else on the planet. ⁠
⁠
But Lake Malawi is under threat. Human activities, like deforestation in the lake’s catchment area and over-fishing, are taking their toll. Increasing agricultural activity in the lake’s basin has caused soil erosion and sediments end up in the water. This affects water clarity, light penetration it smothers plants and algae – ultimately, harming the food resources on which fish depend.⁠
⁠
Over-fishing has led to less diversity in the kinds of fish that are caught and has reduced the amount of fish caught by individual fishers. There’s hope though. In Malawi, where fisheries are high on the national agenda, initiatives such as the IUCN Red-List assessment and Key Biodiversity Area identification projects which assess the status and distribution of freshwater species, help to guide policy and prioritize conservation actions. Hopefully this incredible lake sees more of them. 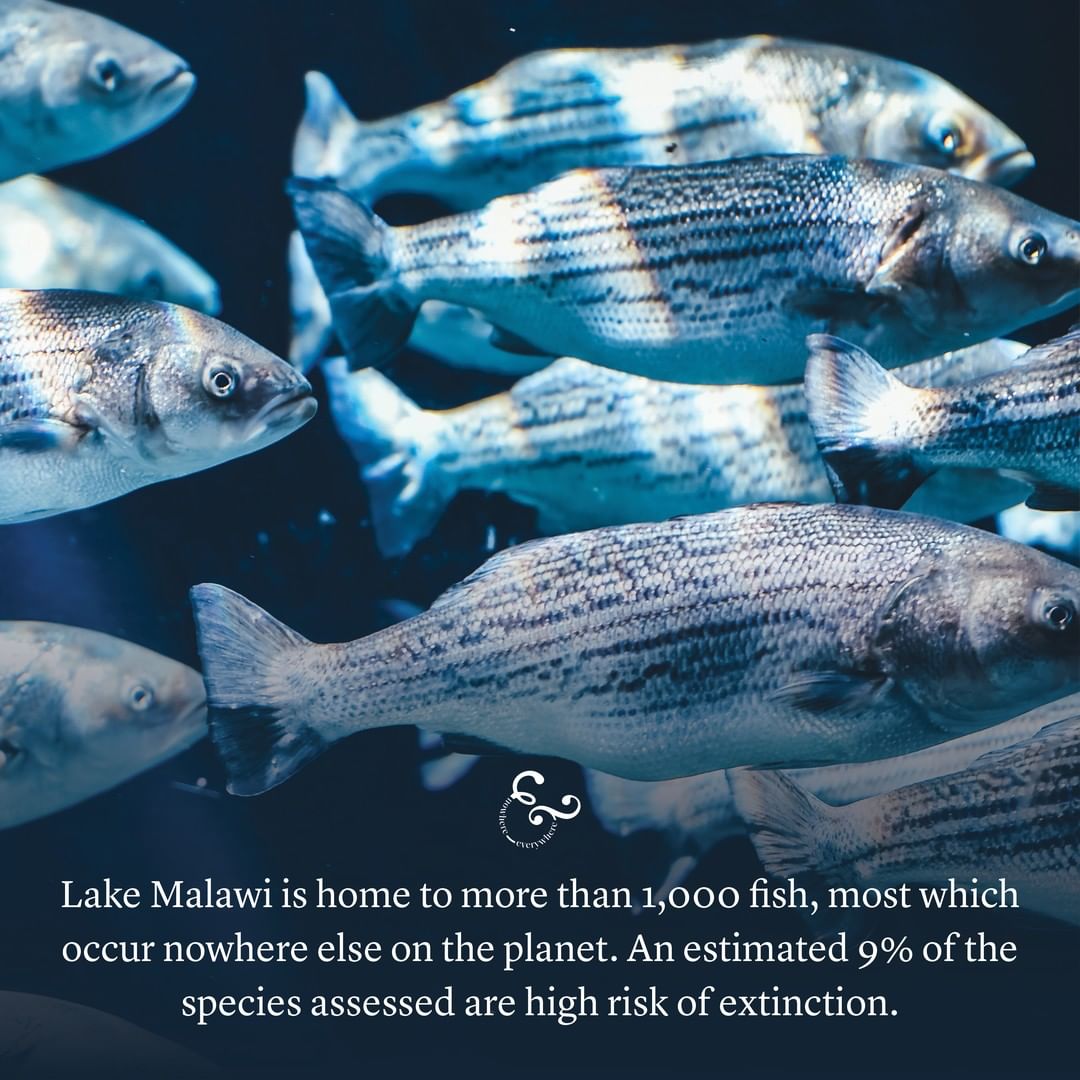