Legislators vs the people - Nowhere & Everywhere

There is a constant argument in environmentalism whether we should be focussing on bottom-up or top-down action. The boring answer is that it absolutely should be both (bottom-up requires focus on those with the ability to make change whilst also ensuring we lift millions out of poverty so we equalize living standards so all lives are sustainable).

We need many, many more people in wealthy cities and towns who are able to change their consumption and habits to do so. Unfortunately we live in a world where so many millions of people can and simply won’t (most of us here probably have some of these friends!). Behavioral change is extremely difficult even when you *want* to do it let alone when you’re actively resisting anything you consider inconvenient or a reduction in “lifestyle”. We’re all currently reducing demand on systems not because we want to but because governments have mandated actions that have caused this and most are unlikely to remain a habit. We need to get better at encouraging individual changes and learn how to communicate and incentivize issues such as food waste reduction, less consumerism and more sustainable eating but…

…know what’s easier? Gathering together to convince legislators in our local regions and countries to design, pass, implement and ultimately enforce (something often forgotten) environmental policies. We don’t need to convince billions of them; just a few hundred across the world and that’s doable. Voting does this. We could decide to get active and creative and ensure we vote out anyone who doesn’t protect the environment and human rights (seriously) and vote in those that do.

ACTION: What’s one local and one national environmental issue that is currently being discussed or overlooked where you are? What should exist that doesn’t? Make the calls and write the emails to those involved and see how many others you can get behind you. Ask those in favor how you can best support the campaign – someone in the office will often let you know. We’d love to know what’s happening in your region! 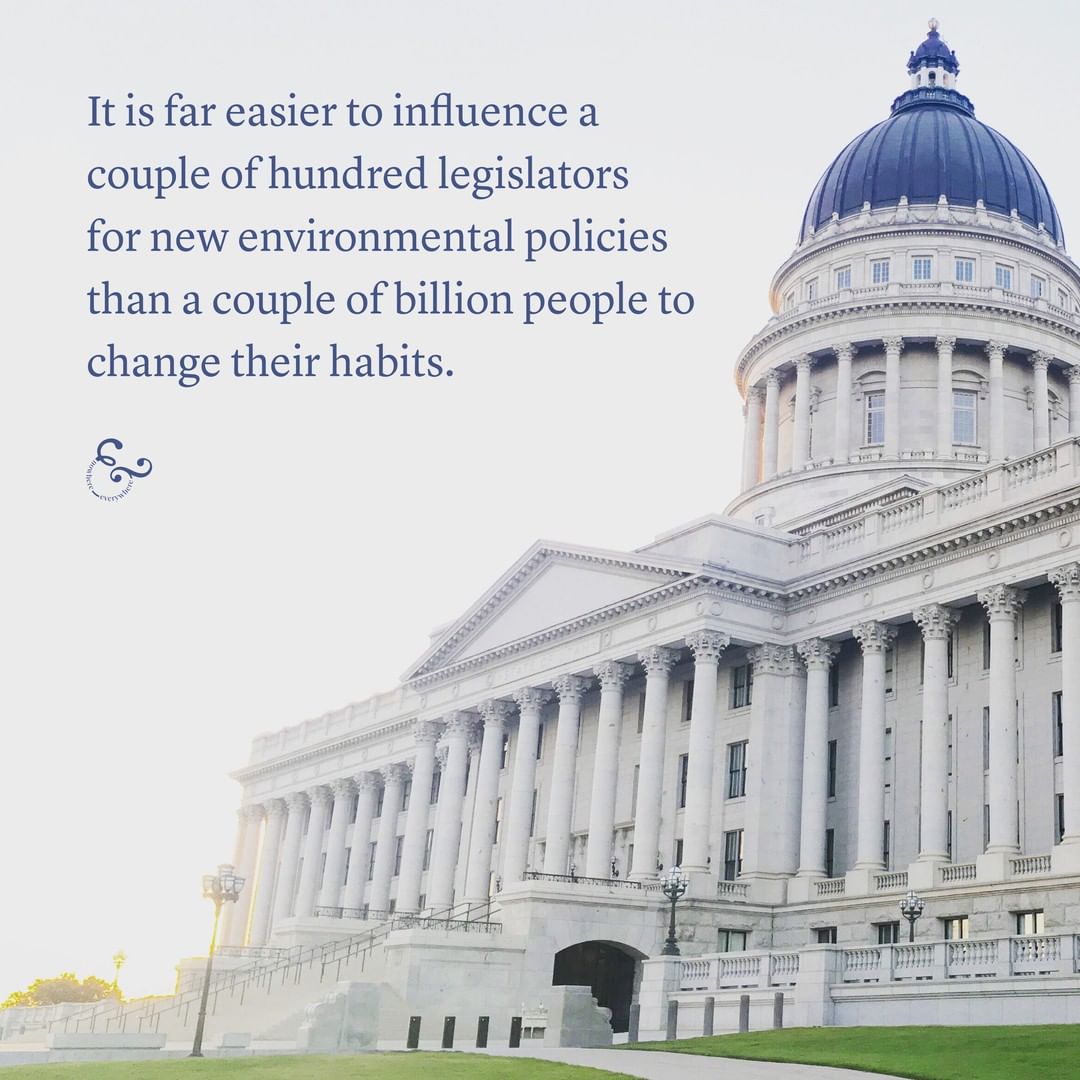