Let’s dispel the myth that eating soy is responsible for deforestation. The majority of deforestation caused by soybean production occurs in South America (soy crops love the tropics and require lots of space). Around 70% of the world’s soy is fed directly to livestock and only approximately 6% of soy is turned into human food, which is mostly consumed in Asia. The rest of soy is turned into soybean oil.⁠ 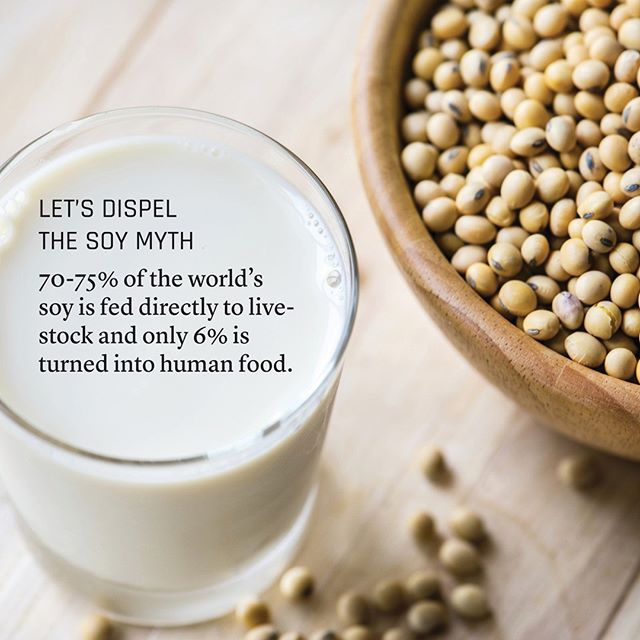