New Orleans is suing oil and gas companies to help it pay for flood protection. Unfortunately with a GOP led House it isn’t going well (another reason voting is so important!). A committee recently approved a measure that would kill lawsuits filed against the companies over the loss of wetlands and marshes and will likely be approved in the republican House (SB440). The senator sponsoring the bill (Mike Fesi) is of course sponsored and working with oil lobbyists who are active in seeing these lawsuits quashed._
_
Oil, gas and pipeline companies cut long, straight canals through the wetlands to move drilling rigs, pipelines and other equipment through marshy coastal areas. Saltwater then enters the marsh, changing the ecosystem and killing vegetation. Loosened soil, once held together by plant root systems, is then washed away.

After Hurricane Katrina, the federal government built a giant $14 billion flood-protection system and now the city is trying to restore the marshes that protect it from storm surge. New Orleans alleges that the companies failed to protect the coastal environment and specifically foresaw the destructive effect of their operations.

According to the National Climate Assessment, rising sea levels and an increase in extreme rainfall events are already causing an increase in flooding, particularly in coastal cities like New Orleans. Wetlands act as a barrier during hurricanes and tropical storms, reducing storm surge and protecting the city. On the edge of New Orleans, the East Orleans Land Bridge area has lost an estimated 5,470 acres of marsh since 1932, according to U.S. Geological Survey.

New Orleans Mayor LaToya Cantrell said if the current rate of wetland loss continues, the Gulf of Mexico will be at the edge of New Orleans within fifty years and the city will be left with no protective land barriers._ 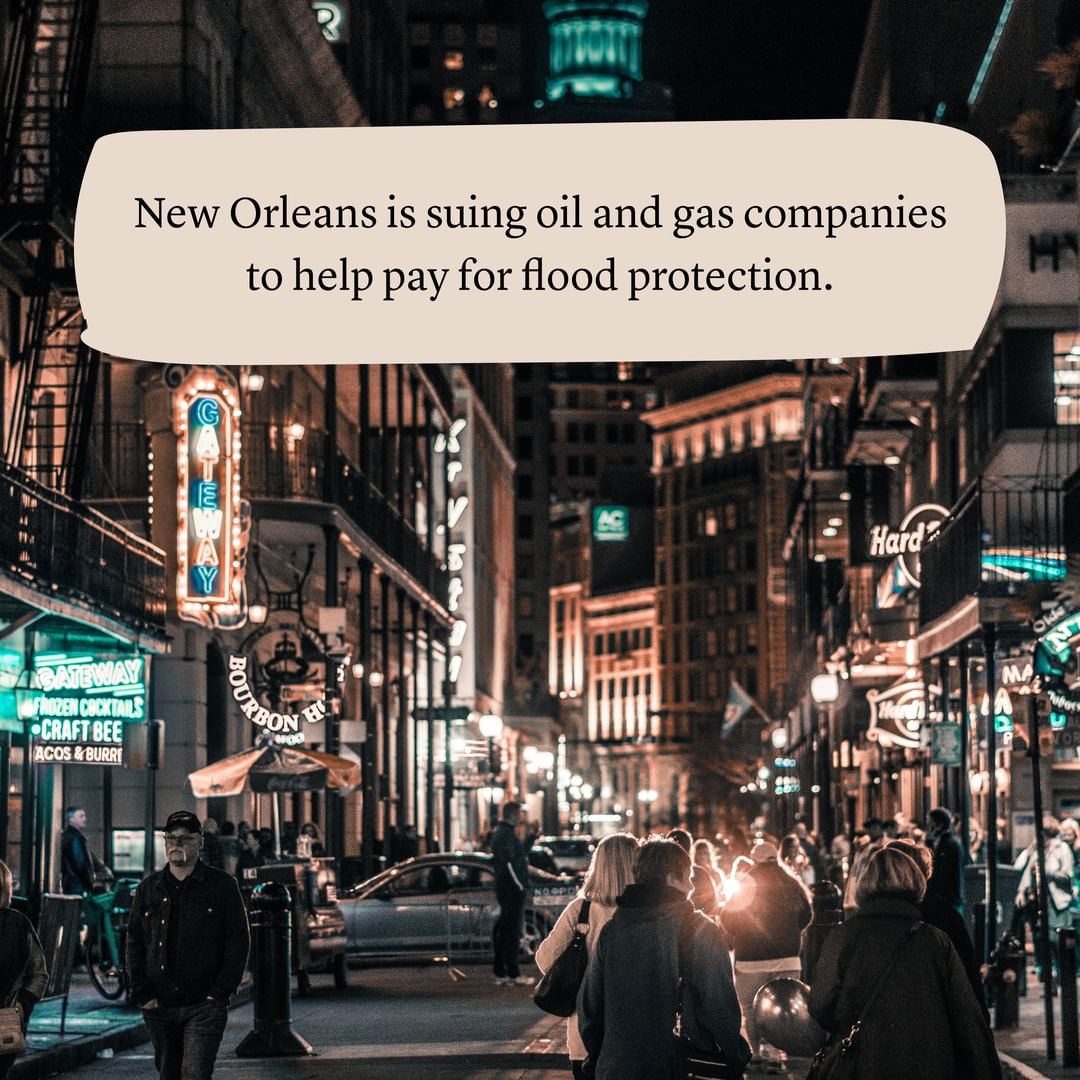