No nation can escape from injury - Nowhere & Everywhere

These words are from a 1992 Warning to Humanity and they are still equally relevant today._ We use different words than developing and developed today but otherwise this still stands (which is rather frightening given we haven’t acted on this and we’re three decades down the track):

Acting on this recognition is not altruism, but enlightened self-interest: whether industrialized or not, we all have but one lifeboat. No nation can escape from injury when global biological systems are damaged. No nation can escape from conflicts over increasingly scarce resources. In addition, environmental and economic instabilities will cause mass migrations with incalculable consequences for developed and undeveloped nations alike.”

– The Union of Concerned Scientists 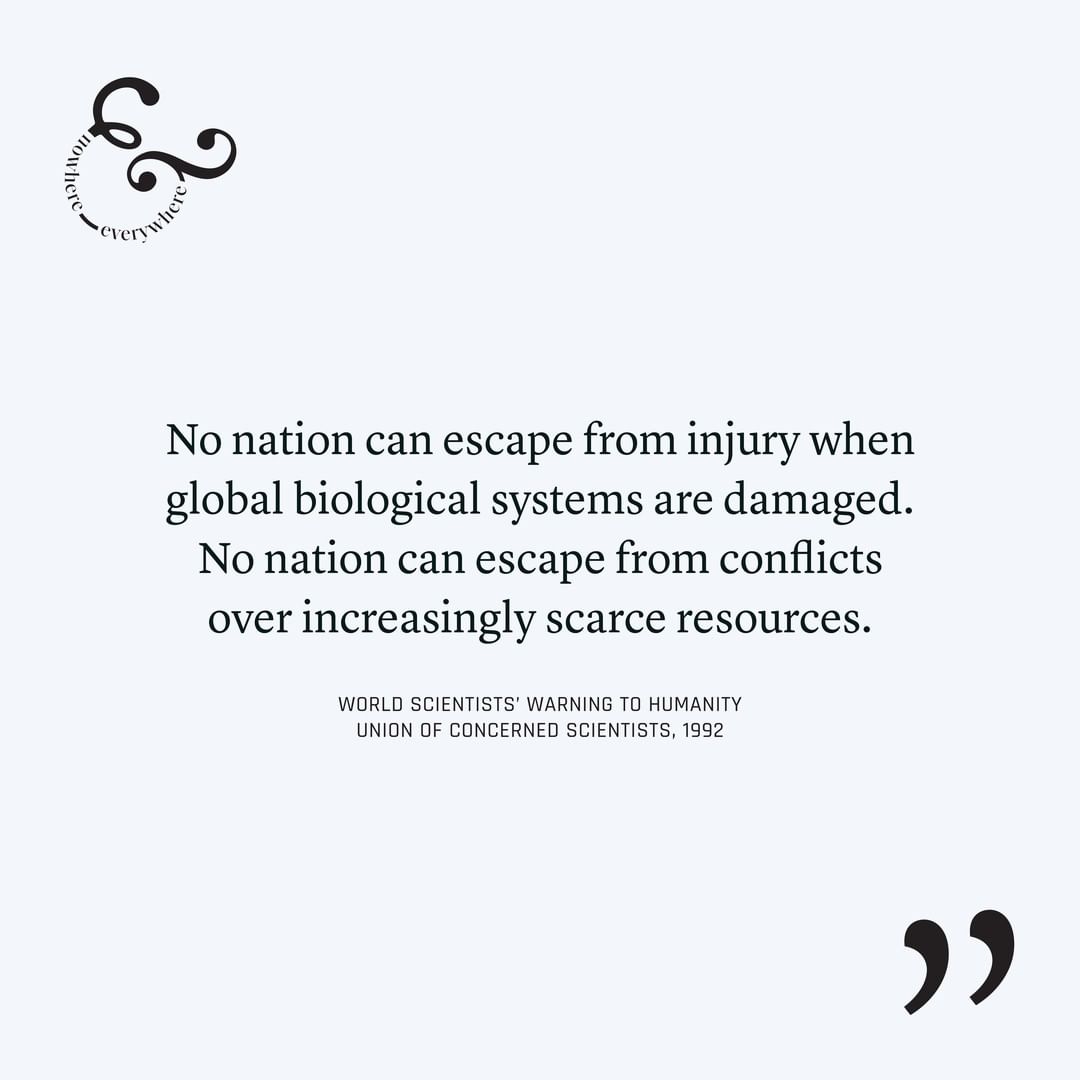