Ocean acidification is a byproduct of climate change - Nowhere & Everywhere

We really aren’t talking about this enough as a world – oceans are acidifying and that’s a byproduct of climate change. Our oceans are already currently absorbing about 90% of the increase in warming on our earth.⁠
⁠
Ocean acidification is the reduction in the pH (over an extended time period). It’s mostly caused by the uptake of carbon from the atmosphere. The ocean absorbs about 40% of the CO2 that is released in the atmosphere by us humans, and as levels of atmospheric CO2 increase, so do the levels in the ocean.⁠
⁠
Recent research from just the other week showed that acidic oceans will shrink phytoplankton and made them less effective at storing carbon. These plankton also provide the nourishment of a huge marine food chain.⁠
⁠
National Geographic: When CO2 is absorbed by seawater, a series of chemical reactions occur resulting in the seawater becoming more acidic and carbonate ions to be relatively less abundant. Ocean acidification has already bleached coral reefs. The pH levels in the world seas have already dropped on average from 8.2 to 8.1 on the pH scale [just since industrialization]. It actually means the water is about 28% more acidic than it was before. As the ocean absorbs more industrial emissions of carbon dioxide, it’s pH is expected to drop to 7.7pH units by the end of the century. The result is that, by 2100, calcium carbonate shells will be dissolving – killing critical shelled organisms like corals, oysters, many plankton and changing the food chain. It also confuses fish, disturbing their sense of smell. It may even change the way sounds transmit through the water, making the underwater environs slightly noisier.⁠
⁠
All of these consequences disturb a very delicate balance and we’re not even sure of the full breadth of them. 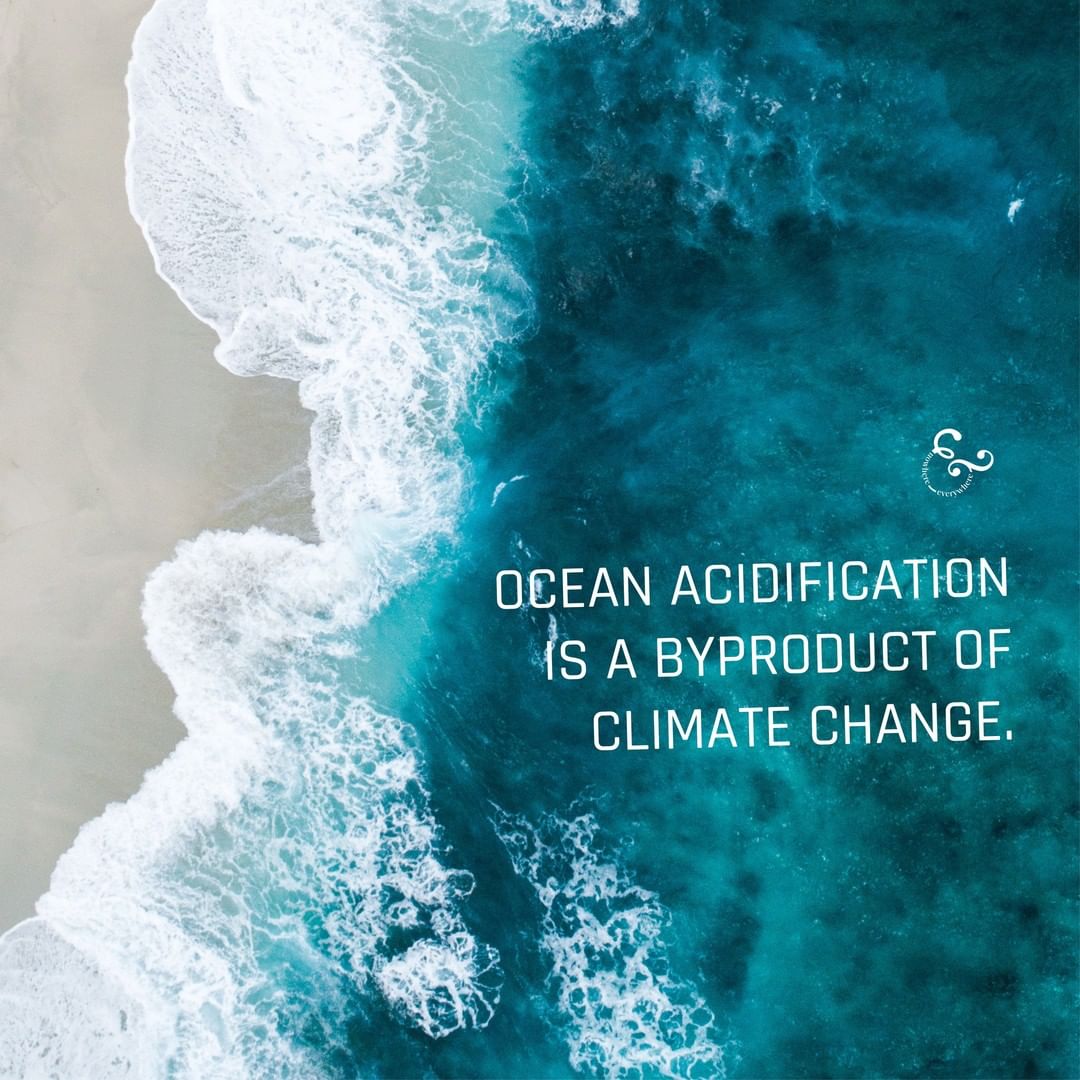