One rhino is slaughtered every eleven hours - Nowhere & Everywhere

Our planet is in the midst of its sixth mass extinction, the worst since dinosaurs roamed the earth, 65 million years ago. Every 14 minutes, an elephant is killed in Africa, while a Rhino is slaughtered every 11 hours. Having been lucky enough to see these beautiful creatures in the wild (including the white Rhino which is now functionally extinct), it is hard to believe that human greed has lead to the destruction of this species and threatens so many others. It terrifies us to think that we might have to explain to the next generation how our actions caused animals like rhinos and elephants to become extinct. It is our responsibility to protect the rhino populations that are left (estimated 29,000 on Earth). 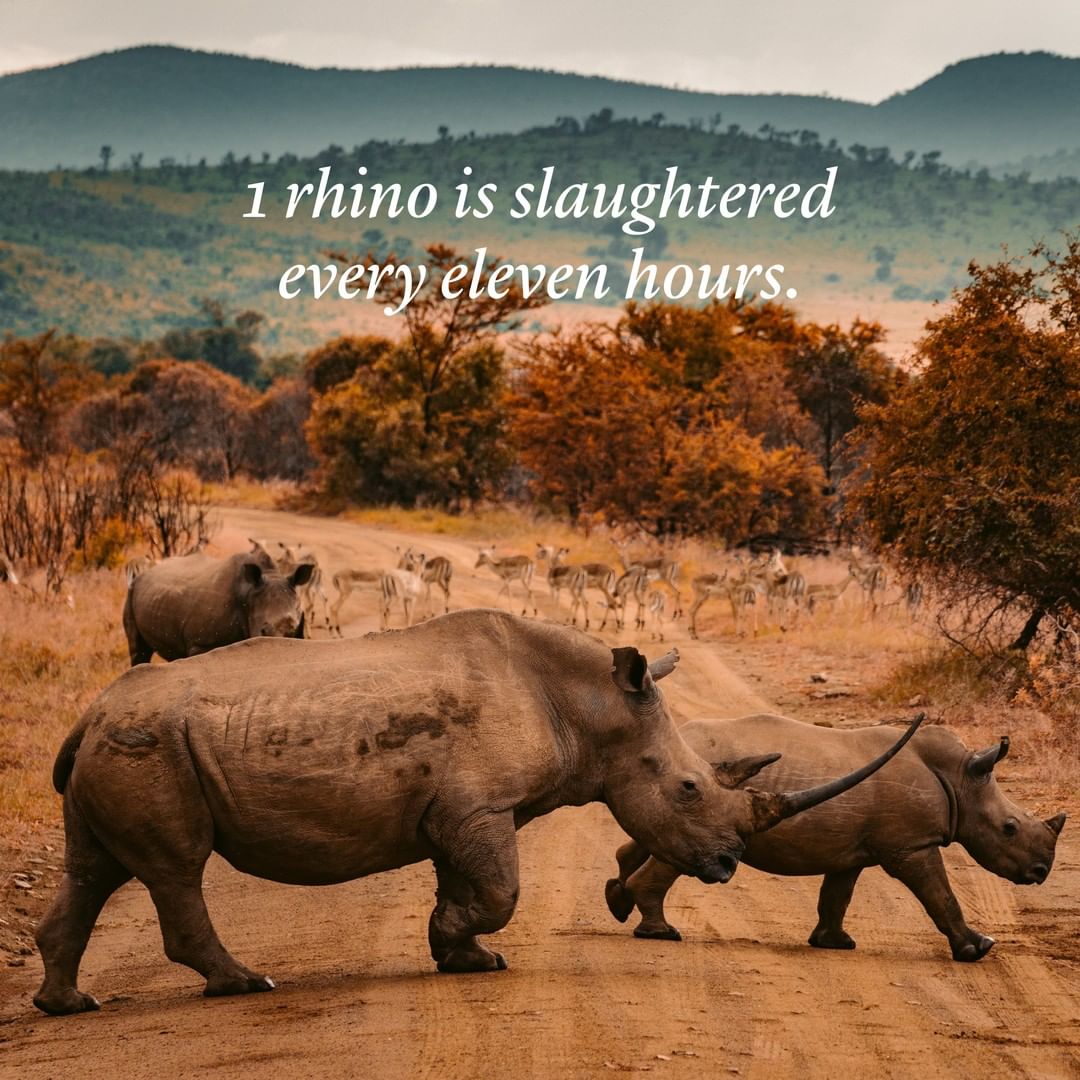