According to the United Nations Environment Programme (UNEP), over a third of total crop calories are used for animal feed. Instead of all going to animals which are raised in their billions to be slaughtered for human consumption, this land could theoretically feed an extra 3.5 billion people. This would allow us to adequately feed 10 billion people by 2050 without further agricultural expansion (which is also great news for biodiversity, something often lost in the meat discussion).

The livestock sector is a primary driver of deforestation and land degradation and is responsible for almost 15% of global greenhouse gas emissions. A report from the World Watch Institute, concluded livestock agriculture “is the driving force behind virtually every major category of environmental damage now threatening the human future.”

Scientists know we have to shift away from so much meat and they’ve been telling us for a while. Nearly all of us know this is necessary with a growing population. The richer we get, the more meat we eat and that needs to change. Our meat eating is one of the personal responsibilities we have because for the large majority of those of us in industrialized countries, meat eating is not for survival or health and is largely for pleasure. That’s a consumption that can be reduced (and there’s a strong argument that processed meat and dairy causes plenty of nutritional issues too). Governments could certainly incentivize eating fresh produce, stop subsidizing meat production, pay the costs for the destruction, stop exporting it so much, and ensure that everyone has access to fresh, healthy food.

Note: this doesn’t mean every one in the world has to become a perfect vegan overnight; there is no such thing. Eating sustainably changes where you are and requires some flexibility to also be sustainable in itself. We can all make improvements and those of us in high-income countries including China need to make this a priority. 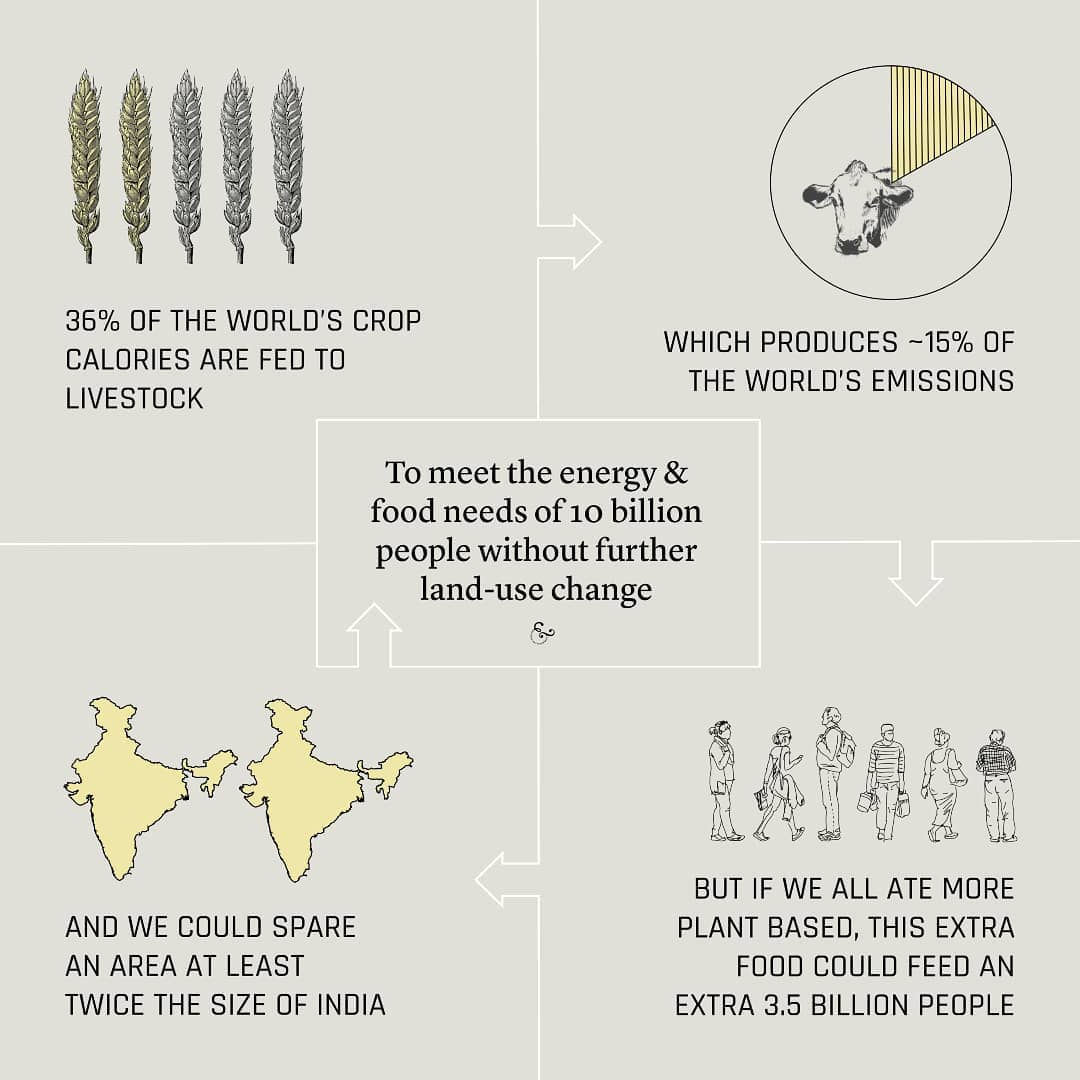