A recent study has found that plastic pollution is killing coral reefs. Coral reefs are already susceptible to bleaching due to unusually warm water, either from seasonal shifts in water temperature or from human-caused global warming. Now there is another threat to our beautiful reefs. Based on four years of diving on 159 reefs in the Pacific, the study shows that reefs in Australia, Thailand, Indonesia and Myanmar are heavily contaminated with plastic. It clings to the coral, especially branching coral, and where it clings, it sickens or kills.

“The likelihood of disease increases from 4 percent to 89 percent when corals are in contact with plastic,” researchers report in the journal Science. Bleached coral is more susceptible to disease as it’s already stressed. Plastic pollution could exacerbate this. 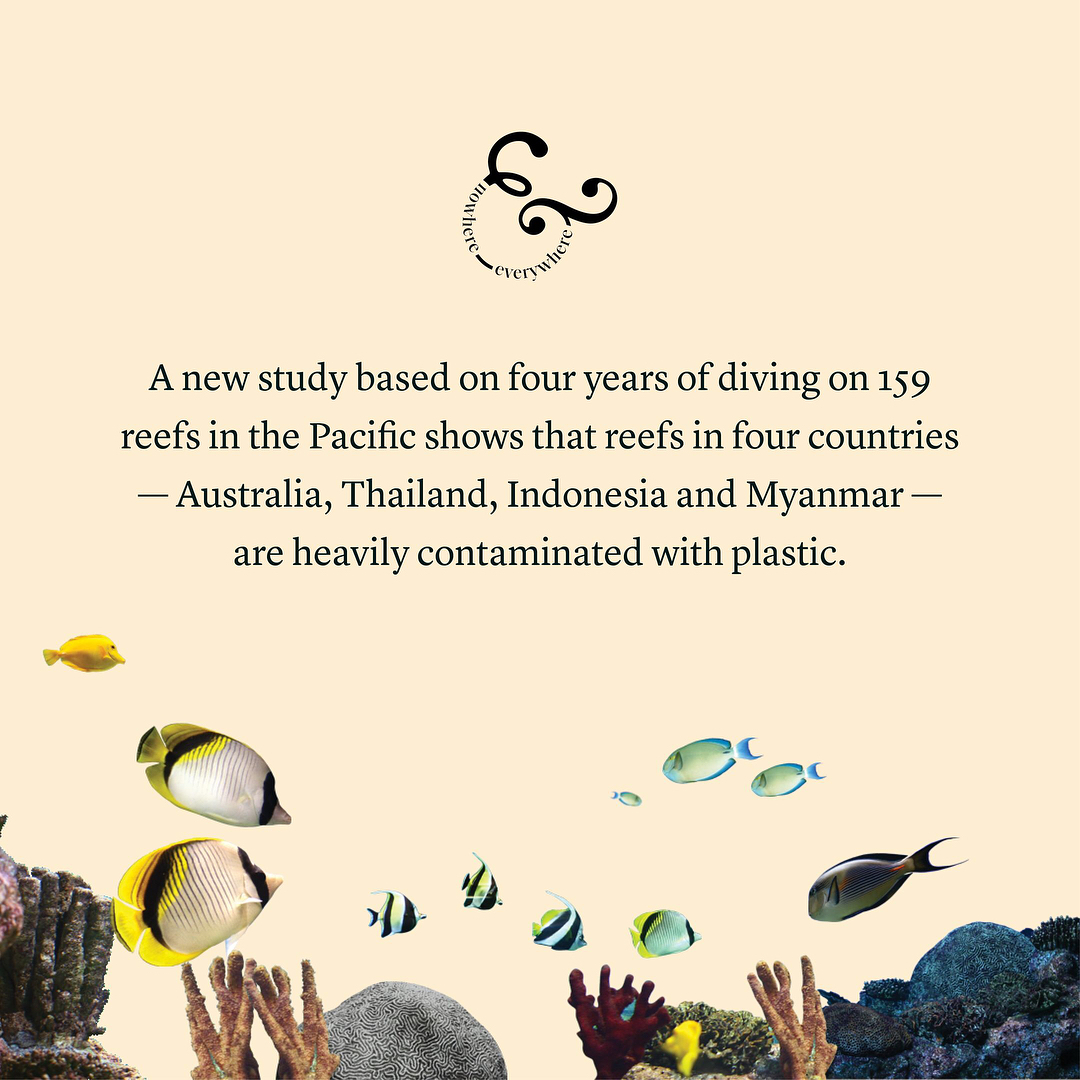