Methane is the second largest case of human-induced global heating after carbon dioxide. 28 times more potent than carbon dioxide (its 100 year Global Warming Potential – GWP), it can trap heat in the atmosphere for more than 100 years. Humans are responsible for about 60% of global methane emissions. We have been producing methane for thousands of years through actions such as raising cattle, growing rice, rotting food waste in landfills, fossil fuel extraction and clearing land with fires._ Wetlands are the largest source outside this, contributing about 30%.

Ice cores in the Antarctic have shown that the global average methane concentration has nearly tripled in response. We therefore definitely need to address this in our work in climate change.

Want to know something interesting about fossil fuel based methane? Methane has gone through constant calculations over the past decades – it’s surprisingly complex. When a methane is oxidized in the atmosphere, some CO2 is produced in that chemical reaction. GWP doesn’t generally factor this in because the extra CO2 is already accounted for. When methane comes from a cow or rice field, the carbon is being recycled. The plant already removed a molecule of CO2 during photosynthesis, so that offsets the molecule of CO2 that forms when methane is broken down.

Fossil fuel methane technically also has this offset because oil and natural gas started off as dead organic matter. But the associated CO2 was pulled out of the atmosphere millions of years ago, so to include the offset now underestimates what that methane will do to the climate.

Ultimately it means that for fossil fuel methane, you need to increase the GWP 100 (that is the Global Warming Potential figure accounted over 100 years) by 2, raising it from 28x as potent to 30. If you include climate feedbacks, it raises it to 36 times.

You might also see the GWP of methane listed at 84 (or 85 for fossil fuel based methane) which is the GWP figure calculated over a 20 year period instead of 100. When looking at GWP figures its really important to see the time scale that has been used! Got questions? We know this one could be confusing – ask away! 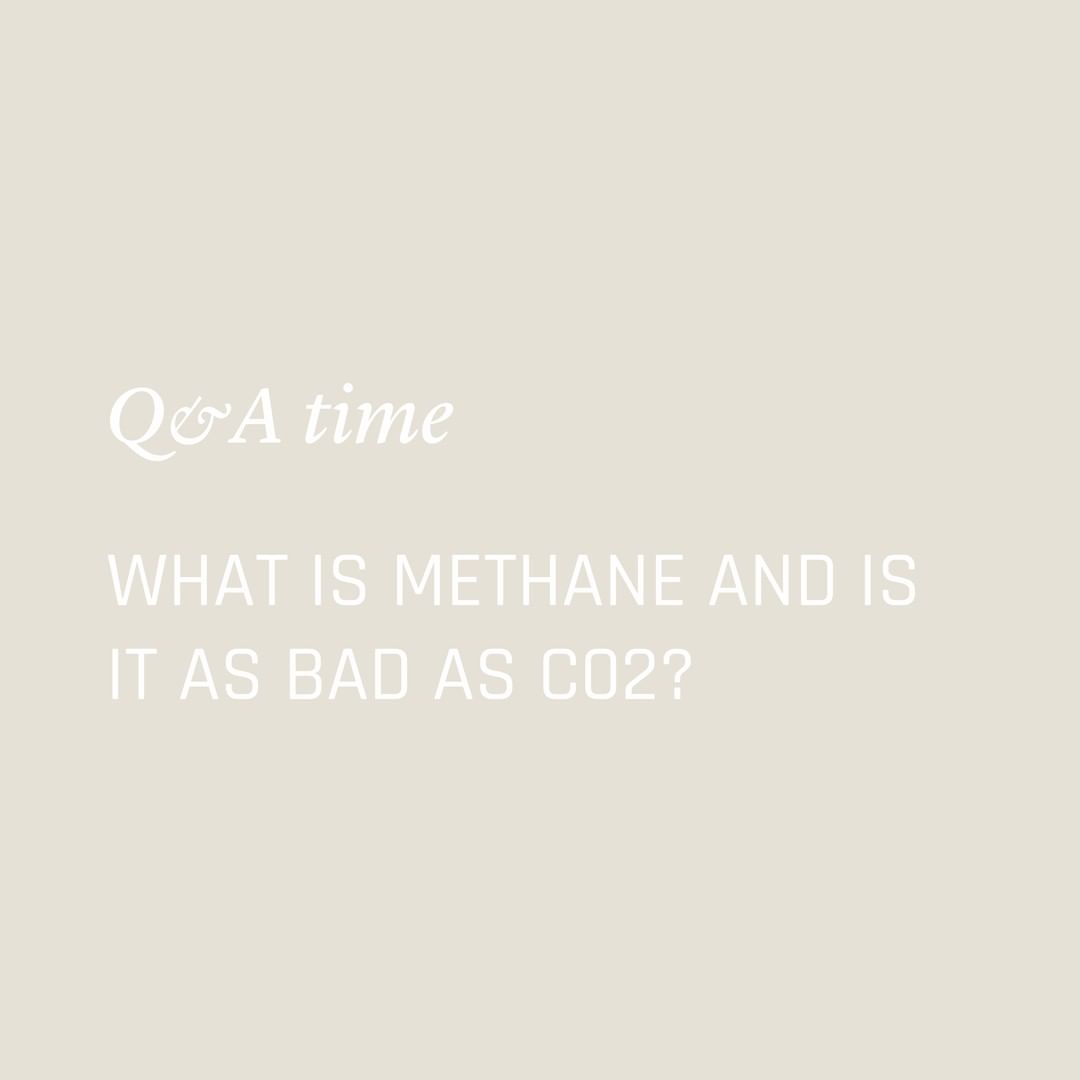