Rosewood has been nicknamed Bloodwood in these parts. The wood is prized for furniture and is the world’s most illegally trafficked wild product according to the UN Office of Drugs and Crime. Rosewood accounts for a third of all seizures by value, more than elephant ivory, pangolins, rhino horn, lions and tigers put together. ⁠The IUCN has new assessments for most of the dry forest trees in Madagascar, including 23 rosewood and palissander species, and it finds that 90% are threatened.⁠
⁠
Across the border that Thailand and Cambodia share there is also a rampant illegal trade for rosewood under the cover of dark each night; in a UNESCO world heritage site. Cambodian poachers head in with now finessed operations to log and remove the trees to sell to the Chinese. The Thai forest rangers are ill-equipped to stop them. It’s dangerous. Dozens of rangers have lost their lives in Thailand since 2009, according to the International Rangers Federation; at least six were killed by poachers.⁠
⁠
The wood is a status symbol for wealthier Chinese. A smaller tree worth logging takes around 60 years to grow, while the most mature ones are around 200 years old. Poachers typically get $150 to $200 for a load of wood that could be worth tens of thousands of dollars in China. A single old tree can be worth up to $300,000.⁠
⁠
This is a clear example of where laws simply need to come down hard. We’re not going to squash demand in China quickly but we can end supply. And with that, we also need to address why people are doing this which is of course often poverty. We need programs in place so that this isn’t a lure and people can make a more ethical living to survive. ⁠
⁠To that end, governments have launched a crackdown on the billion-dollar trade in rosewood timber that is plundering forests across the planet. The Convention on the Trade in Endangered Species (CITES) summit in 2016 placed all 300 species of rosewood under trade restrictions, meaning poachers and smugglers can no longer pass off illegally logged species as legitimate. ⁠
⁠
The Guardian has a good piece on Madagascar and the NYT on the Thailand operations.⁠ 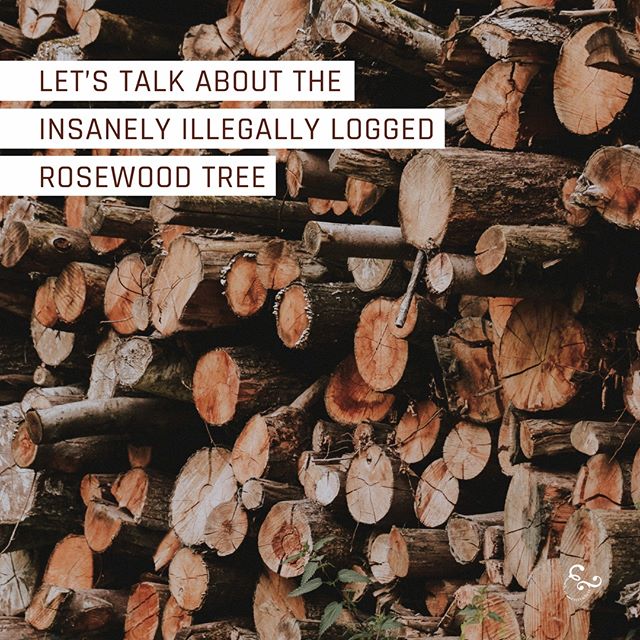