Secrets of the Ice - Nowhere & Everywhere

So, there is this project uncovering our past secrets from the ice. Have you seen it? Since the scorching hot summer of 2006, almost 3,000 archaeological artifacts have appeared from the melting ice in Northern Norway.

The finds have included an Iron Age tunic, a 1,500-year-old arrow and a 3,400-year-old shoe. The glacier archaeology program is called Secrets of the Ice and is documenting the finds being made on local ice patches – ice fields that are ideal locations to find objects that were once buried under snow.

Instead of having to dig like traditional archaeologists, Oppland’s archaeologists simply survey areas of the ice, looking out for artifacts that have thawed. Its obviously a damning indictment of where we are at with the climate but provides fascinating discoveries.

Photos: Secrets of the Ice 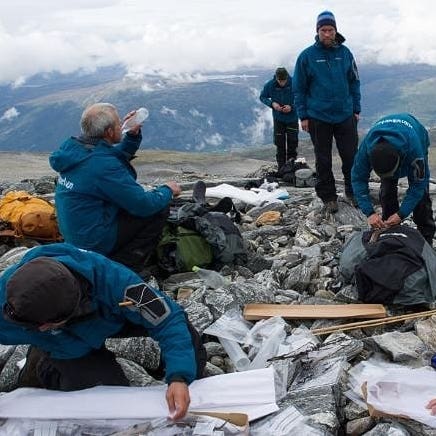