September 16 is International Day for the Ozone Layer - Nowhere & Everywhere

September 16 is International Day for the Ozone Layer and is timely this week with the UN climate action summit happening shortly. Most of us will probably remember the fury around reducing CFCs (found largely in cooling and aerosols) back in the 80s and 90s to stop the holes in the ozone layer growing? Well, they’ve stopped growing and are now slowly starting to heal (scientists estimate it will take another few decades to be back in a similar state to 1980).⁠
⁠
The Montreal Protocol in 1987 that enacted provisions is one of our biggest successes of international co-operation. Every country ratified it and 98% of CFCs have been phased out of products. It worked because it was legally binding (unlike the climate targets in the Paris Agreement) & provided financial assistance. And likely also because it was extremely specific in its nature. It’s a rare bright light in international law. ⁠
⁠
In 2016 the Protocol was amended to include HFCs within its ambit with binding reductions starting this year for industrialized countries and in 2024 for developing nations (with a few lower-economic countries with special provisions until 2028). Total production & consumption of HFCs need to be reduced by more than 80% over the next 30 years. The Kigali amendment again provided financing to aid with the transition. ⁠
⁠
Although HFCs are not stratospheric ozone-depleting chemicals, they increased since CFCs were phased out and are a potent greenhouse gas (2 – 14,000 global warming potential compared to CO2) and are rapidly increasing as the demand for refrigeration and air conditioning does (another part of the cruelty of cooling in a heating world). The UN says HFC emissions are growing at a rate of 8% per year and annual emissions are projected to rise to 7-19% of global CO2 emissions by 2050. We therefore need urgent action to address this to keep to under a 2 degree warming scenario. ⁠
⁠
Important to remember of course that we’re solving problems we alone are causing but the Montreal Protocol is something we come back to time and time again and shows what we can all do when we are at our best. That’s the energy we need for our climate & biodiversity crises. 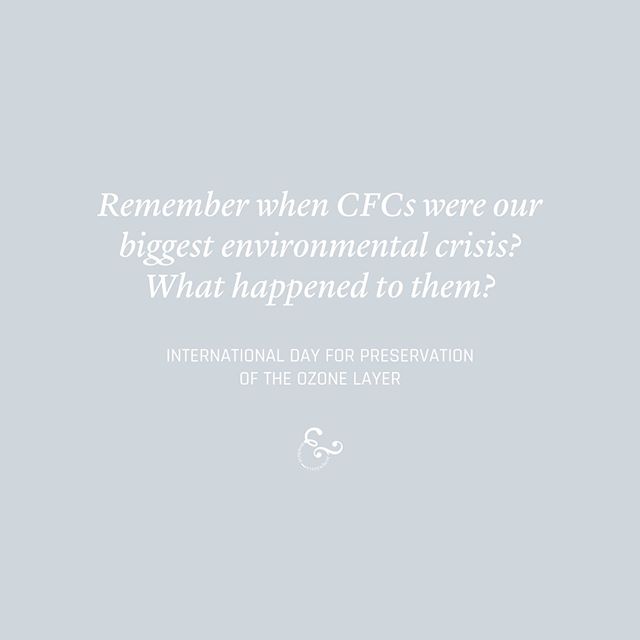