Silvery Gibbons are endangered due to habitat loss from clearing of forest for human habitation, logging & pet trade - Nowhere & Everywhere

Silvery Gibbons, like many other primates, are endangered due to habitat loss from clearing of forest for human habitation, logging, and the capture of young gibbons for the pet trade (over 6000 gibbons are currently kept as pets in Indonesia alone). According to the Silvery Gibbon Project it is estimated that 98% of the forest home of silvery gibbons has been destroyed. Populations surveys have indicated that there are fewer than 4000 silvery gibbons remaining in the wild, and the few that are left face even greater threat of extinction because so many sub-populations are isolated from each other, marooned on forest islands surrounded by rice fields and villages. The largest observed populations, occur in three national parks. These parks offer the best hope for protecting the silvery gibbon in its natural range, as many of the other populations are not within protected areas. 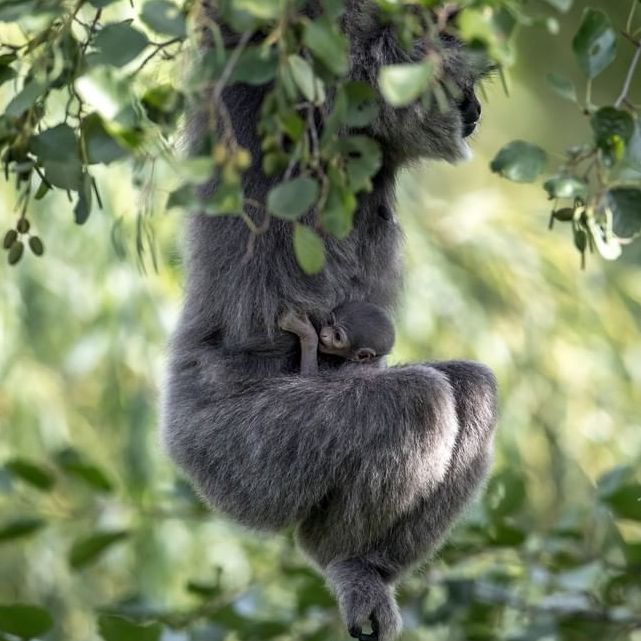