The seafood industry has a LOT of problems and our insatiable demand is causing nearly all of them. An estimated 59 million people work in fishing & aquaculture and 85% of those people were in Asia (FAO). In 2016 there were an estimated 4.6 million fishing vessels (inc. trawlers and unpowered boats) and 75% of those were from Asia. If you follow fisheries around the world you’ll find yourself mired in political fights – within countries and between them. Everything from Brexit to the contested Southern Sea to what’s happening on the west coast of Africa.

What we do know is that our personal consumption is growing and the number of fish left is reducing. Since 1961 consumption has grown from 9kg a person (per capita) to more than 20kg. It now accounts for about 17% of animal protein consumed globally. In that time the percentage of the world’s oceans being fished has risen from 60 to 90% but we’re catching far less because there are far fewer fish. 25 tonnes per 1000km travelled was caught in the 1950s down to 7 tonnes per 1000km (Sea Around Us).

But have you heard of slave ships? Slave ships are made up of migrants (largely men from Asia – mostly Cambodia, Vietnam & Myanmar) who work under gruelling conditions. It’s essentially human trafficking. And indentured servitude. They need work to survive and find themselves stuck at sea for violent months with little pay, no hygiene, no beds, 18-20 hour shifts, and no idea of what they’re entering into (nor the ability to swim). This is a standard occurrence in illegal fishing (of which there is an increasing amount) but it’s also a huge problem in legal fishing; we just have little idea how big it really is. This forced labor is used for feeding humans, pets and poultry, pigs and farm-raised fish.

The AP conducted incredible investigative journalism on this and secured the release of more than 2,000 slaves. They traced the seafood caught to supermarkets and pet food providers across the US. The articles they’ve written online pulling this all together go deep into what they uncovered.

The podcast Reveal also did a fantastic episode on this – Hunting the Ghost Fleet. 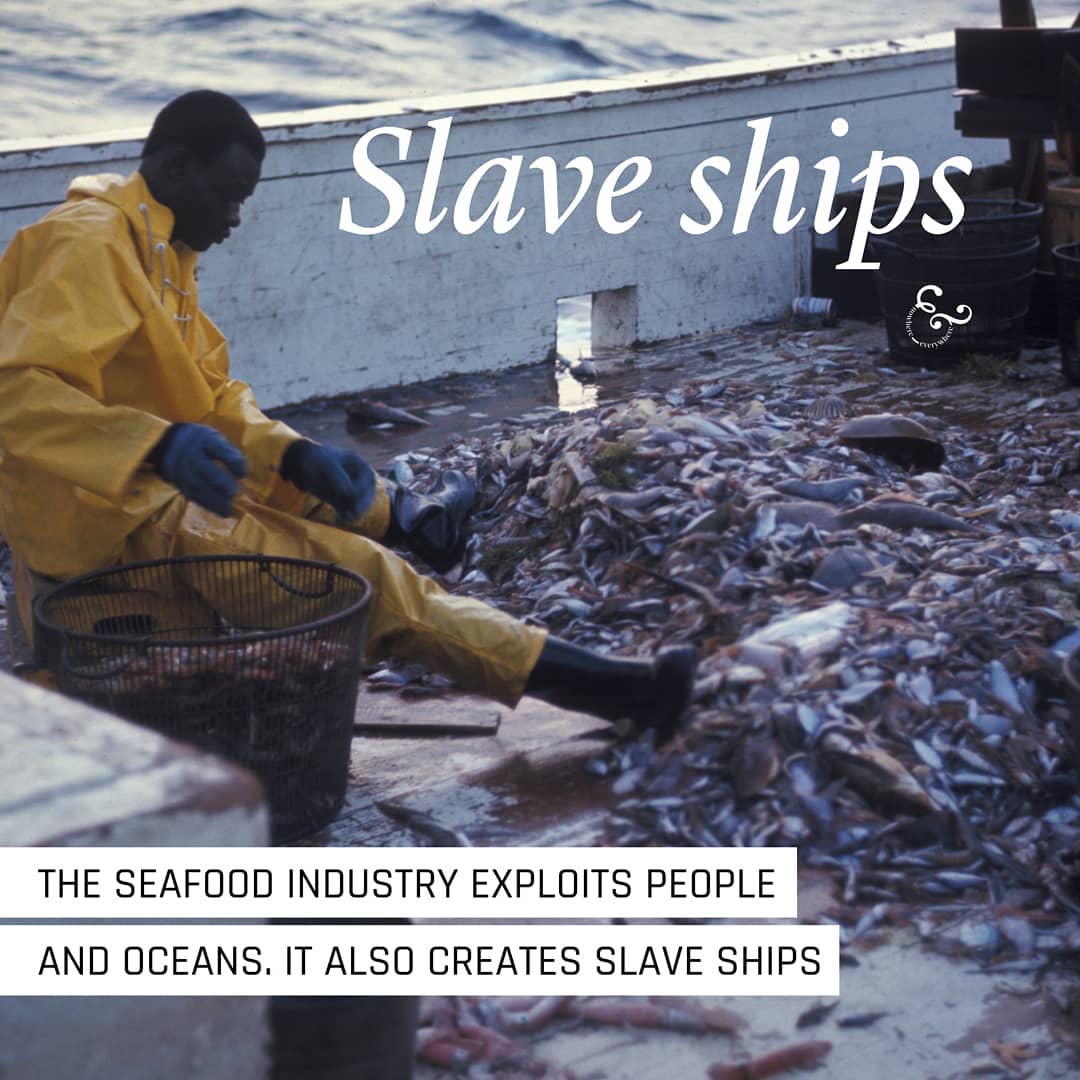