In the next few decades, land required for renewable energy generation, urban infrastructure and agriculture will need to expand to meet the needs of 10 billion people. At the same time, nature is declining globally at unprecedented rates, and the global climate is rapidly shifting toward irreversible tipping points of change.

To mitigate climate change and prevent further biodiversity loss, habitat areas and ecosystems must be preserved and restored, and renewable energy generation capacity needs to skyrocket to levels 6x greater than today. So how will we be able to spare the land needed to achieve this, without compromising efforts to feed a growing population, or undermining the rights and livelihoods of communities?

There is one clear and well-studied solution to this (apart from a total transformation of our economic system). Land-use conflicts could be avoided through a global shift to plant-based diets. Doing so would free up the land that is dedicated to grazing and growing feed for livestock animals (25% of Earth’s ice-free surface) for energy generation, food cultivation and/or restoration.

The livestock sector is the primary driver of deforestation and land degradation and is responsible for almost 15% of global greenhouse gas emissions. A report from the World Watch Institute, concluded livestock agriculture “is the driving force behind virtually every major category of environmental damage now threatening the human future.”

According to the United Nations Environment Programme, over a third of total crop calories are used for animal feed, which could theoretically feed an extra 3.5 billion people. This would enable the world to adequately feed 10 billion people by 2050 without further agricultural expansion (great news for biodiversity!).

The impacts are astounding even for modest reductions in animal-product consumption. Modelling by the World Resources Institute showed that if high-meat intake populations like those in Australia and the US reduced their meat consumption to 60 grams a day (or 1-2 meat meals a week), it would spare more than 640 million hectares of agricultural land, or an area twice the size of India! 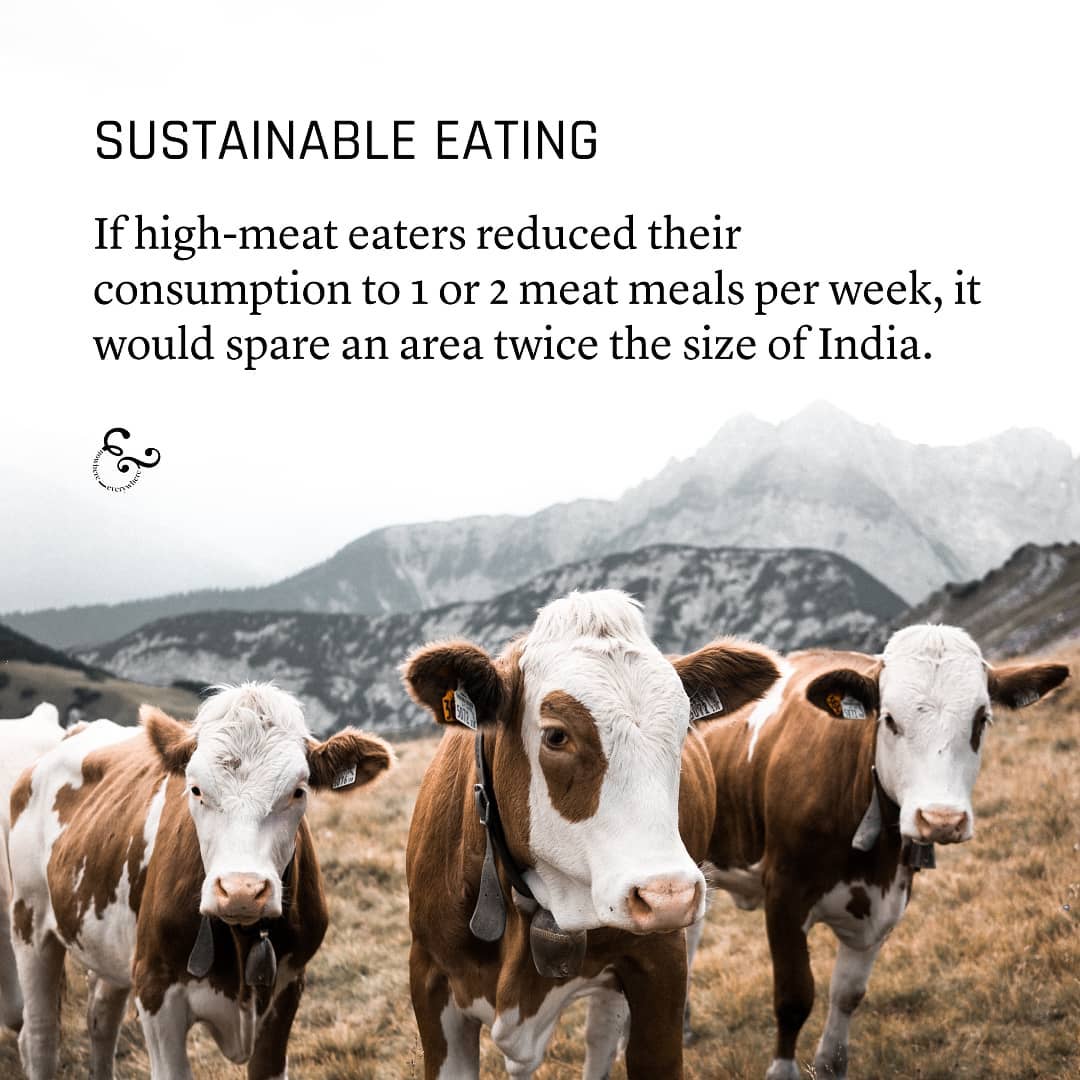