Sweden has closed its last coal plant two years ahead of schedule. A mild winter with reduced electricity demand meant a quicker decision was made in line with the circumstances. Sweden now produces 30% less carbon dioxide than it did in 1990.

It doesn’t mean the country is perfect at all – it still has a way to go on its energy mix (which seems to be made up largely of nuclear, hydropower, and biofuels) – but here is to taking steps forward and acknowledging what we would normally be celebrating. Plus Sweden is significantly increasing capacity of solar and wind over the coming decade.

Additional fun coal news (not something we normally get to write in the same sentence): following the UK’s run without coal power, Portugal just went 52 days without using coal electricity. 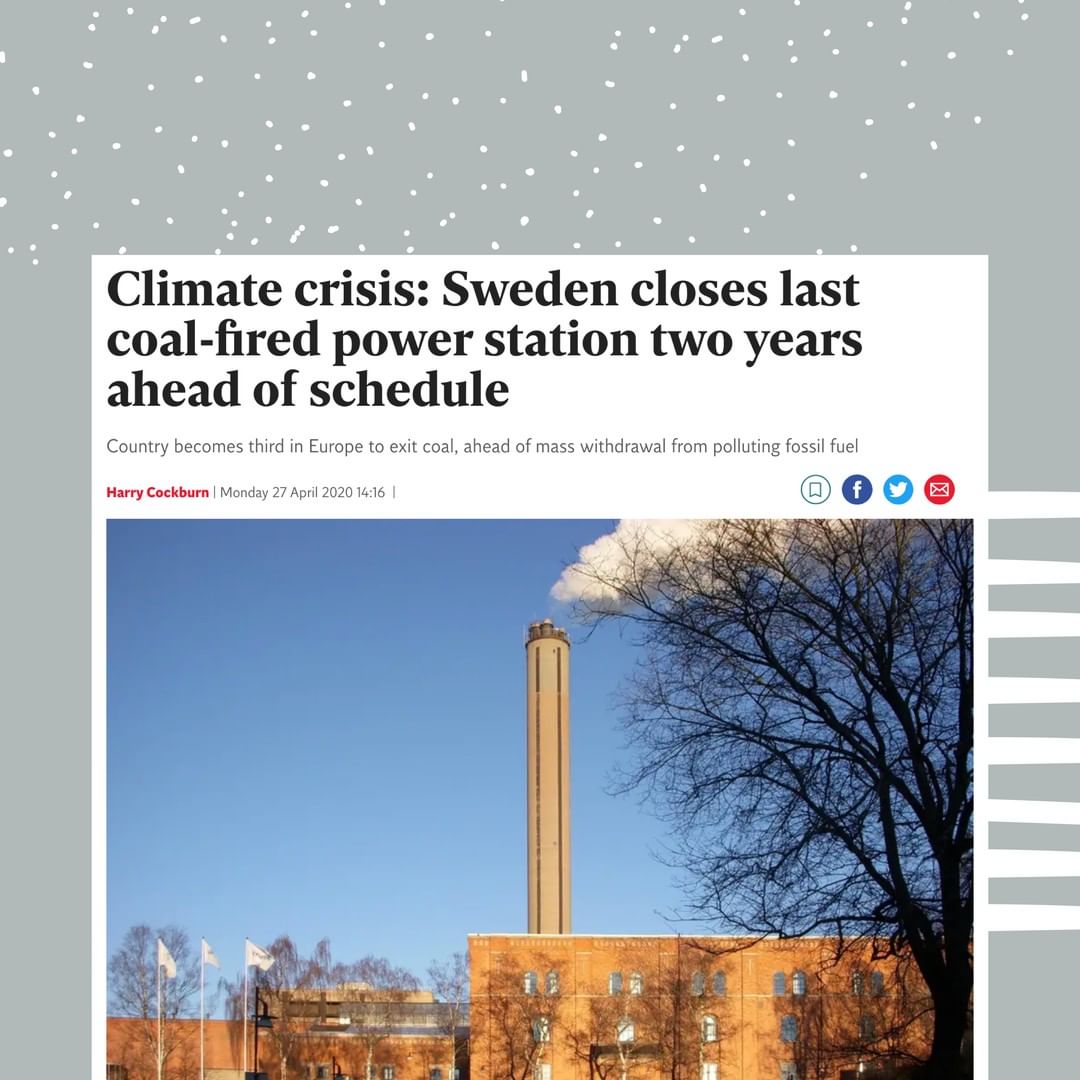