According to the Center for American Progress Action Fund 150 members of congress – all Republicans – do not believe in the scientific consensus that human activity is creating the Earth’s climate change. Notably, since the previous congress, the number of climate deniers has decreased by 30 members, in part because 47 former deniers retired, resigned, or were defeated in their 2018 re-election.

However nearly 60% of Republican members still do not believe in climate change and the urgent threat that it poses. And they’re raking in the political donations for it. The group of 150 have so far accepted a total of more than $68 million in direct contributions from the fossil fuel industry. And this is only the official figure. There’s significantly more lobbying.

How do they know whether they’re a climate denier? Good question! CAP considered a number of different stances in the definition:

CAP reviewed public statements by all current members of congress and for those whose statements were unclear or unavailable, they reached out to their offices requesting clarification and comment. 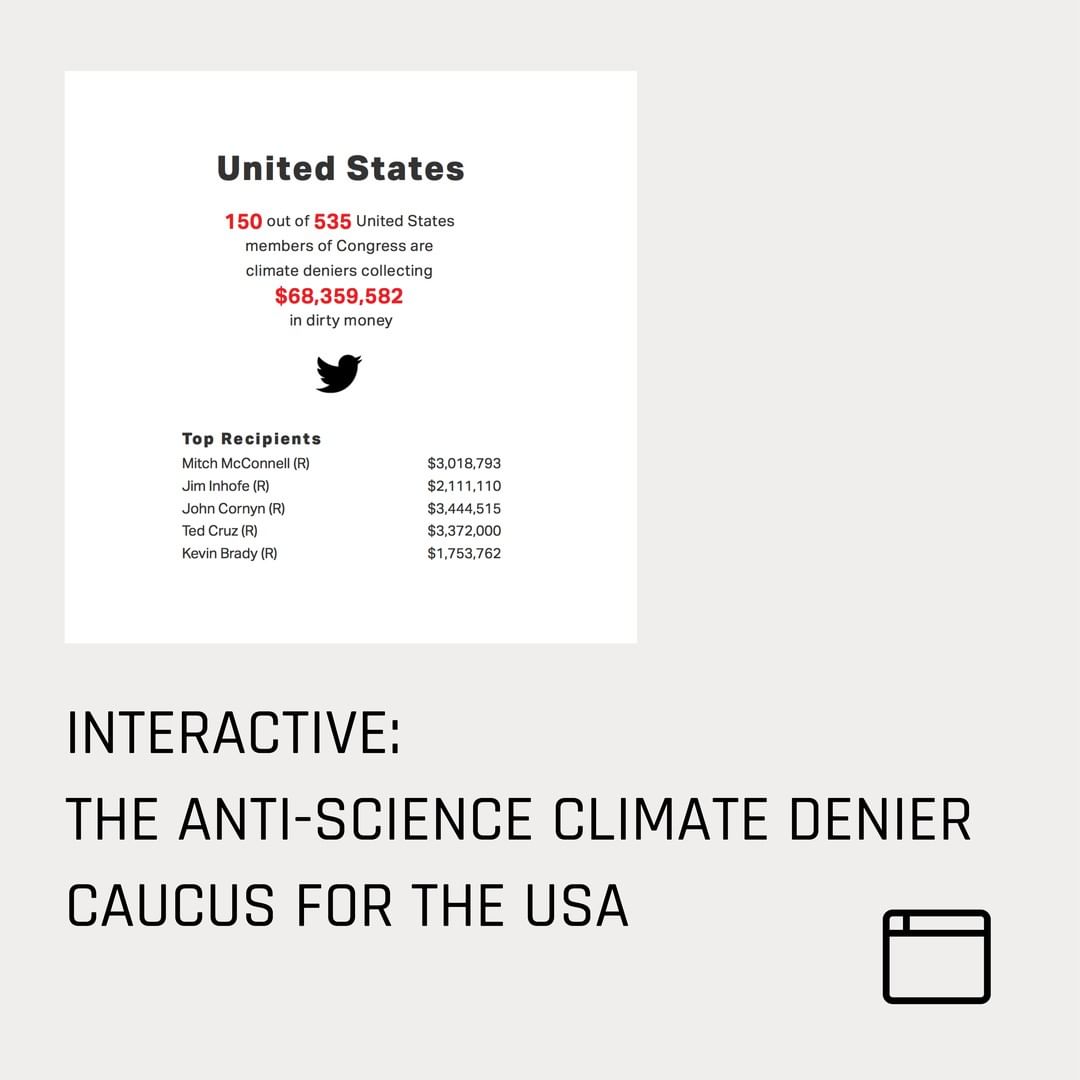