The cruelness of cooling in a heating world - Nowhere & Everywhere

This year in rural Cambodia we had months where most days hovered around the 39 – 42°C (107f) mark. We have a tiny bit of power but due to the drought (it’s hydroelectric) we had only a couple of hours per day. Increasing demand saw prices of generators skyrocket to $1500usd for one just enough to run our studio (Honda is definitely benefitting from the crisis). Solar panels don’t exist out here to serve these needs. And they’re insanely expensive. We’d love to raise money for them but that’s not a scale solution – that’s why we need industrialized countries many of us live in to stop subsidizing the fossil fuel industry & exports and instead contribute the funding and technology for renewables in lower-economic countries (from which we all benefit).⁠
⁠
We had to make a hard decision. How do we cool everyone down? Should we try to save more money to buy a generator and install a small airconditioner? An airconditioner that in turn contributes to our climate crisis? The wealthy did.⁠
⁠
Heating & cooling accounted for a fifth of the increase in global energy demand last year. By 2050, cooling systems are expected to increase electricity demand by an amount equivalent to the current capacity of the entirety of the US, EU, and Japan combined. In Saudi Arabia alone 700,000 barrels of oil are burned EACH DAY in the summer mostly to power air-conditioning.⁠
⁠
In the heatwave across Europe this year we saw an extreme need for cooling. Only 2% of homes in Western Europe have airconditioners. As temperatures rise, cooling is needed in many areas to cope with this. We already rely on it in some places to keep ourselves semi-comfortable, productive and alive.⁠
⁠
In the end, we installed more than 500 used plastic bottles in between the wall and the roof to force air through, cooling it down a couple of degrees (an idea used in Bangladesh). We installed many, many more fans for when we do have power. And we bought lots of ice. We have to buy water in as we don’t have any running water or water that can be filtered. The toxic rivers and our catchments ran dry. We cooled down the water with the ice. We blew fans over it. We’ll probably need to make a different decision soon. 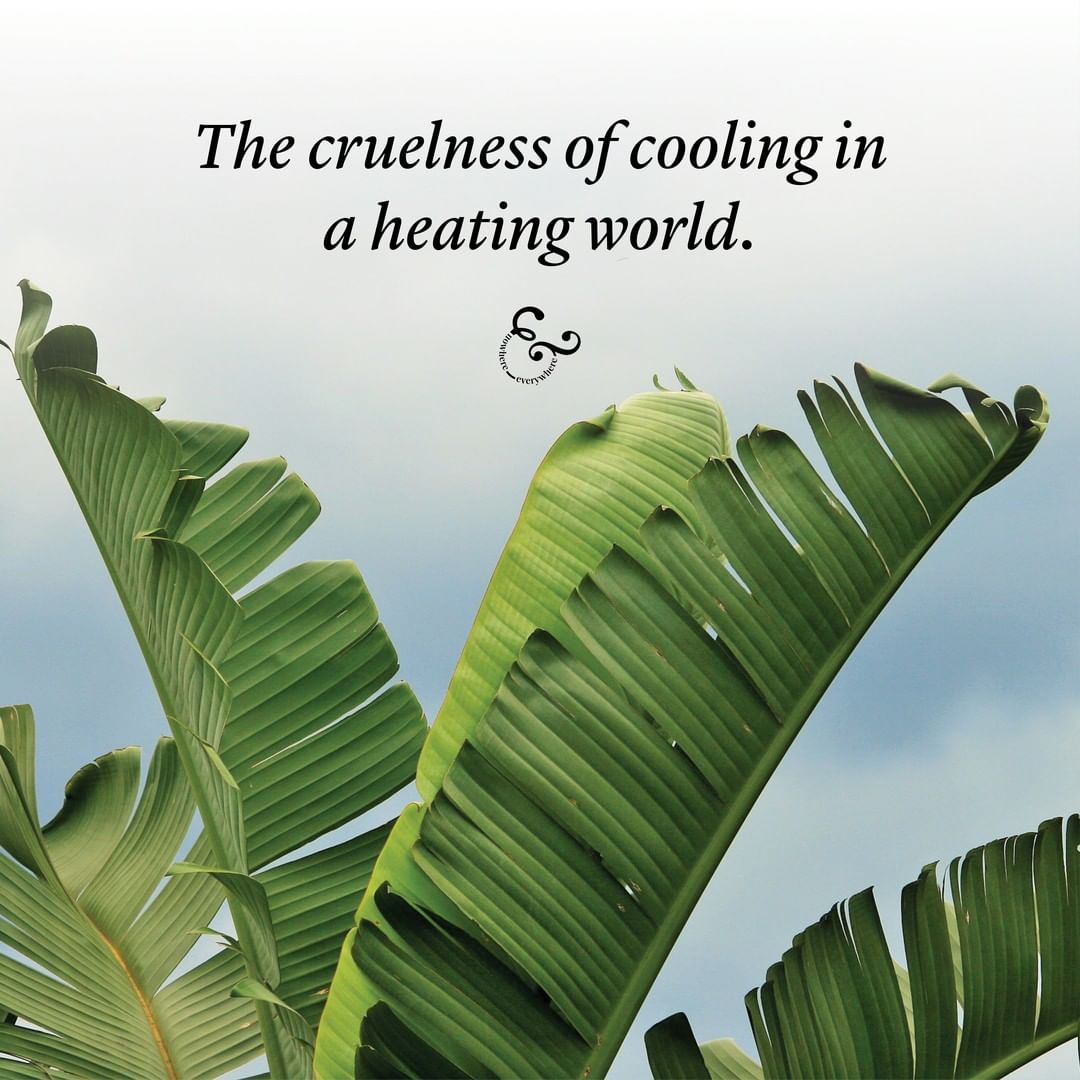