Every climate model that involves us hitting our carbon targets involves rapid declines in “energy intensity”. That is, the amount of energy which is used to produce a unit of GDP.⁠
⁠
In theory, if you can reduce energy intensity fast enough, you can offset the natural rise in energy consumption (from population and economic growth) and even cause total energy demand to decline. In theory, anyway. In reality, global energy intensity has declined just 2.2% in the past five years. That has not been enough to offset the rise in global energy demand, which crept up 1.2%.⁠
(Helpful explainer from Vox)⁠
⁠
Our industries and governments (particularly in policy design and enforcement) have work to do.⁠
⁠
For interest: Australia’s manufacturing sector is the most energy intensive of nineteen advanced economies, according to the International Energy Agency (IEA) global report. Australia was also the only one to become more energy intensive between 2000 and 2014. 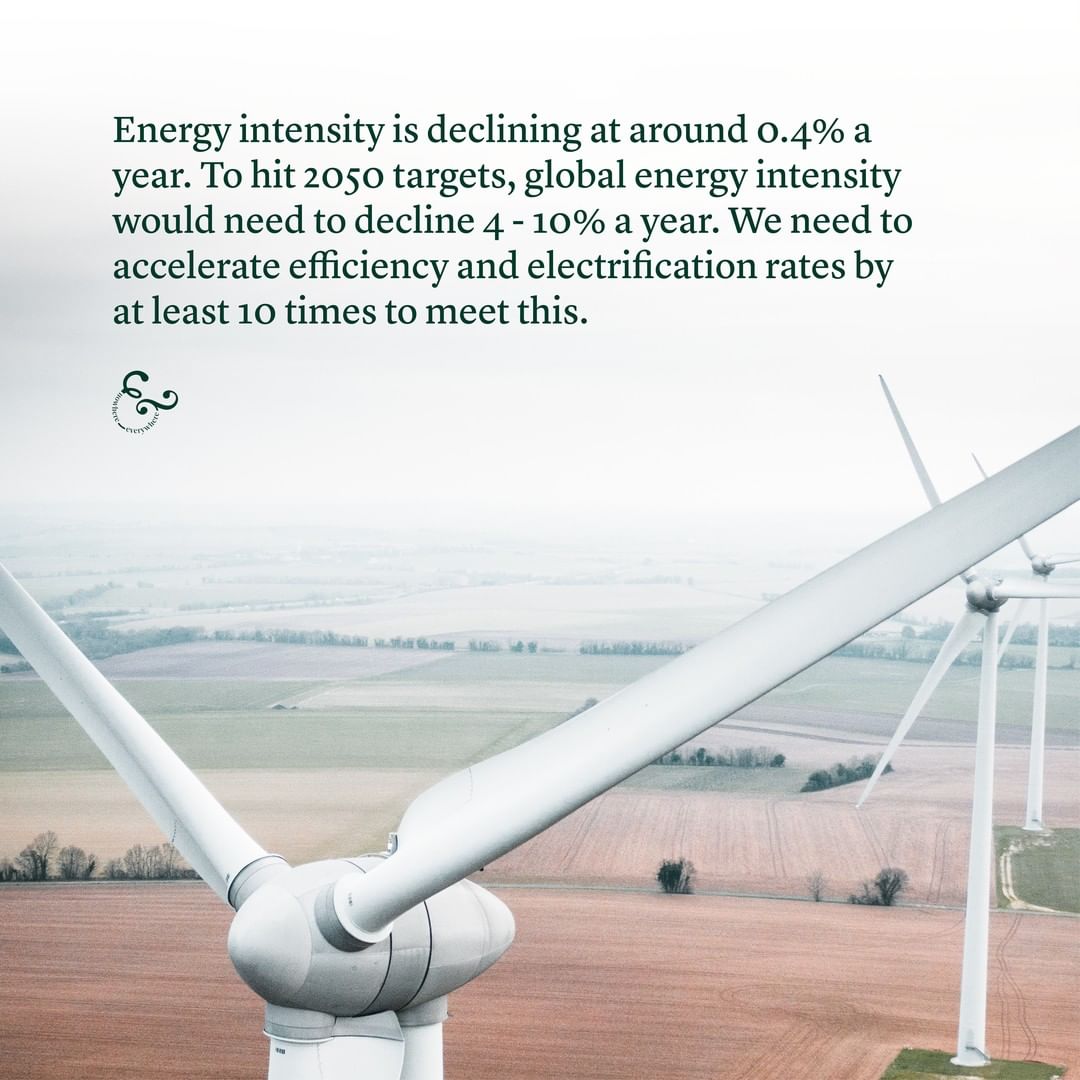