This quirky fellow is a Mary River Turtle 🐢 , an endangered species named after the river they inhabit – the Mary River in Queensland, Australia. In addition to the punk-rock algae mohawk, these unique turtles have a barbed chin which makes them look quite tough! The Mary River turtle supports local algae life, with strands of green algae seen growing on their heads, shell, and various other body parts. Back in 2010, Australian Geographic reported that populations of these turtles had dropped by almost 95 percent.

The main threats to this species in the wild is habitat degradation, and include problems such as a deterioration of water quality through riverside vegetation being cleared, water pollution through siltation, agricultural chemical contamination and water flow disruptions through the construction of weirs for irrigation and predation. Local community organisations are trying to protect the remaining population by supporting new scientific research and increasing public awareness. Australia Zoo has also had success breeding these turtles and hopes to better understand them and consequently to ensure their survival in the future. 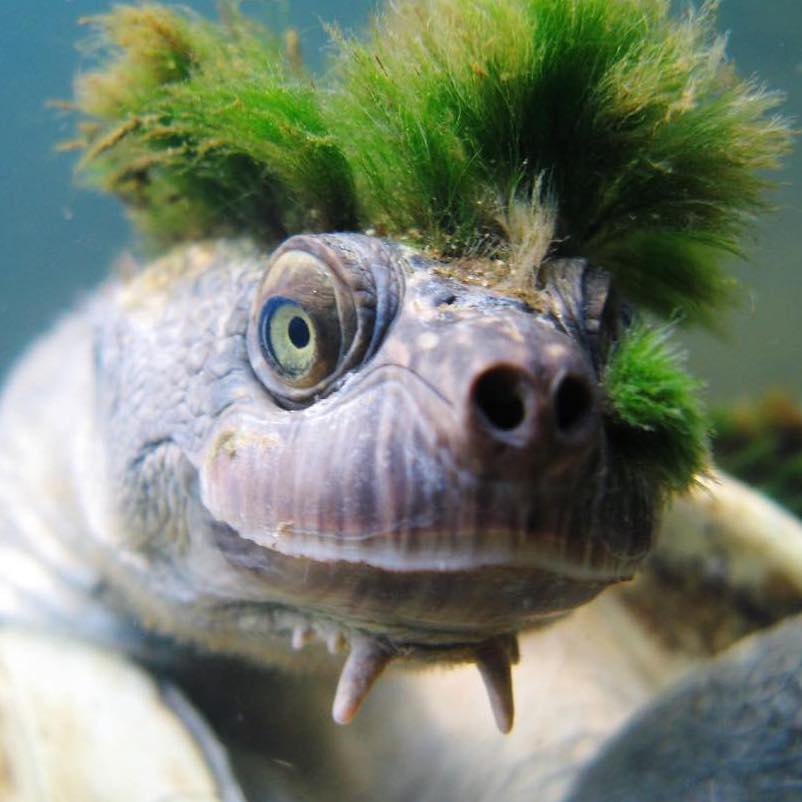