Our expanding human population and associated clearing and development often results in fragmented animal populations which is becoming a growing problem. We’ve spoken about the importance of corridors and genetic diversity before (specifically in the Congo) and today we’re headed to Panama! A study recently found that in Panama, habitat fragmentation has left animals such as jaguars, giant anteaters, white-tailed deer and tapirs isolated. Panama represents the narrowest portion of a system of protected areas and connecting corridors that extend through Central America and part of Mexico, known as the Mesoamerican Biological Corridor (MBC).

“The results strongly suggest that the bridge [through Panama] is broken. Until a few decades ago, many of these large mammal species still occurred continuously throughout”. The animals now live in forest ‘islands’ surrounded by cattle ranches, fields of crops, roads and other development that jeopardizes their ability to move from one place – and from one group – to another. Habitat fragmentation greatly impacts on genetic diversity which is essential for healthy species.

When habitats are fragmented, corridors can be established to help restore the connectivity, and they usually have one umbrella species. In Panama though this isn’t as effective. For example we see that the tapirs and white-lipped peccaries are more prone to a lack of connectivity than the jaguar or the puma.

Paul Beier, an expert in the design of wildlife corridors and a professor of conservation biology, said there is still opportunity to restore forest cover in Panama, which could greatly improve the effectiveness of the MBC. But if current trends of forest loss continue, even species like pumas and red brocket deer would lose connectivity. 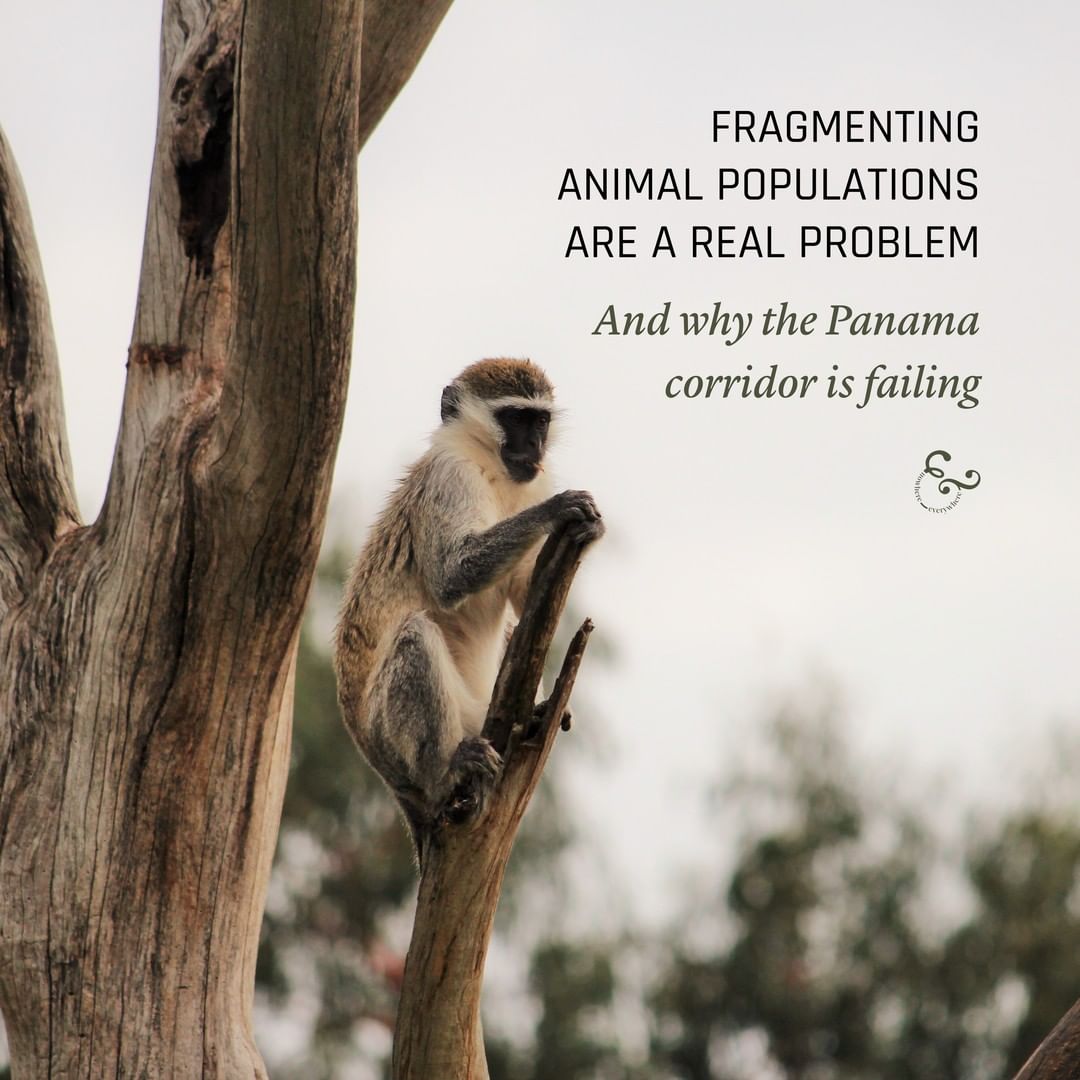