The race to save endangered foods - Nowhere & Everywhere

Wild animals aren’t the only ones facing extinction. In 1903, seed catalogs offered American farmers a choice of 307 varieties of sweet corn. Today, just 12 of those varieties are still commercially available. In China more than 90% of native wheat varieties have been lost, and Mexico has lost more than 80% of the varieties of maize (corn) that were once grown there.⁠
⁠
We’re letting foods we’ve eaten for thousands of years disappear from farmers’ fields, and from our plates. Saving them isn’t just a matter of cultural preservation. In the next 30 years, we’re going to need to learn how to feed more people on a hotter planet, and the more genetic varieties we lose, the harder it’ll be to adapt. Where we work in Cambodia we’re running some crop experimentations as harvests have been wiped out in a killer combination of drought stress + heat stress. Generations of knowledge and seasonal timings no longer work consistently. ⁠
⁠
To learn more about the importance of genetic diversity in our food supply, watch the short clip The Race to Save Endangered Foods by Vox! 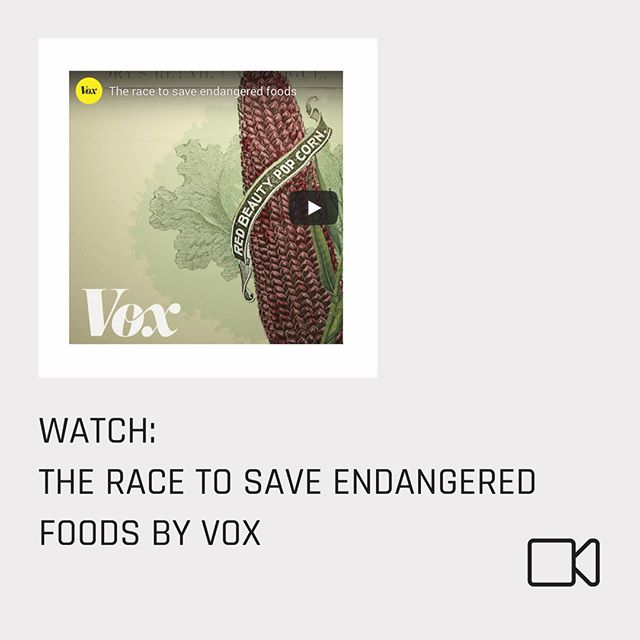