The Trump team has been busy - Nowhere & Everywhere

This week we highlighted the reversals of the Trump administration (scroll back a few posts). In the last few days alone we can sadly add a few more. Whilst our attention is understandably stretched and (rightly so) focused elsewhere…

Trump signed a proclamation allowing commercial fishing in protected waters off Cape Cod. The monument protects an estimated 54 species of deep-sea coral and hundreds of marine species, including endangered North Atlantic right whales and Kemp’s ridley sea turtles. It contains three underwater canyons deeper than the Grand Canyon and four underwater mountains. It was the first marine monument in the Atlantic Ocean.

An executive order has instructed agencies to use emergency authorities to bypass environmental laws (the normal procedures under the National Environmental Policy Act, the Endangered Species Act and the Clean Water Act) and speed up federal approvals for highways and oil and gas pipelines.

The administration reversed a ban on Alaska hunting so hunters can shoot swimming caribou from motorboats, set dogs on black bears, and kill bear cubs and wolf pups in their dens on millions of acres of Alaskan wilderness._ Note: we support Indigenous practises of sustainable hunting but not excessive cruelty and loopholes for sport hunters like Trump Jnr.

The EPA chief proposed new guidelines for how the agency weighs the costs that a regulation places on an industry and its customers versus the health benefits it provides to the public. This change will likely disproportionately hurt communities of color which are far more likely to live with pollution.

There’s a lot going on in the world and this is another example that we have to vote better. In countries where we get that opportunity that is on us. Vote for human rights. Vote for the people who are negatively impacted the most in society. Vote for the future. Vote for your children; not for economic greed but for a positive life in a world that has far more justice and equity and can be enjoyed by everyone. Support your local orgs consistently raising their voices on this and vote locally – in every seat that is available to vote for! 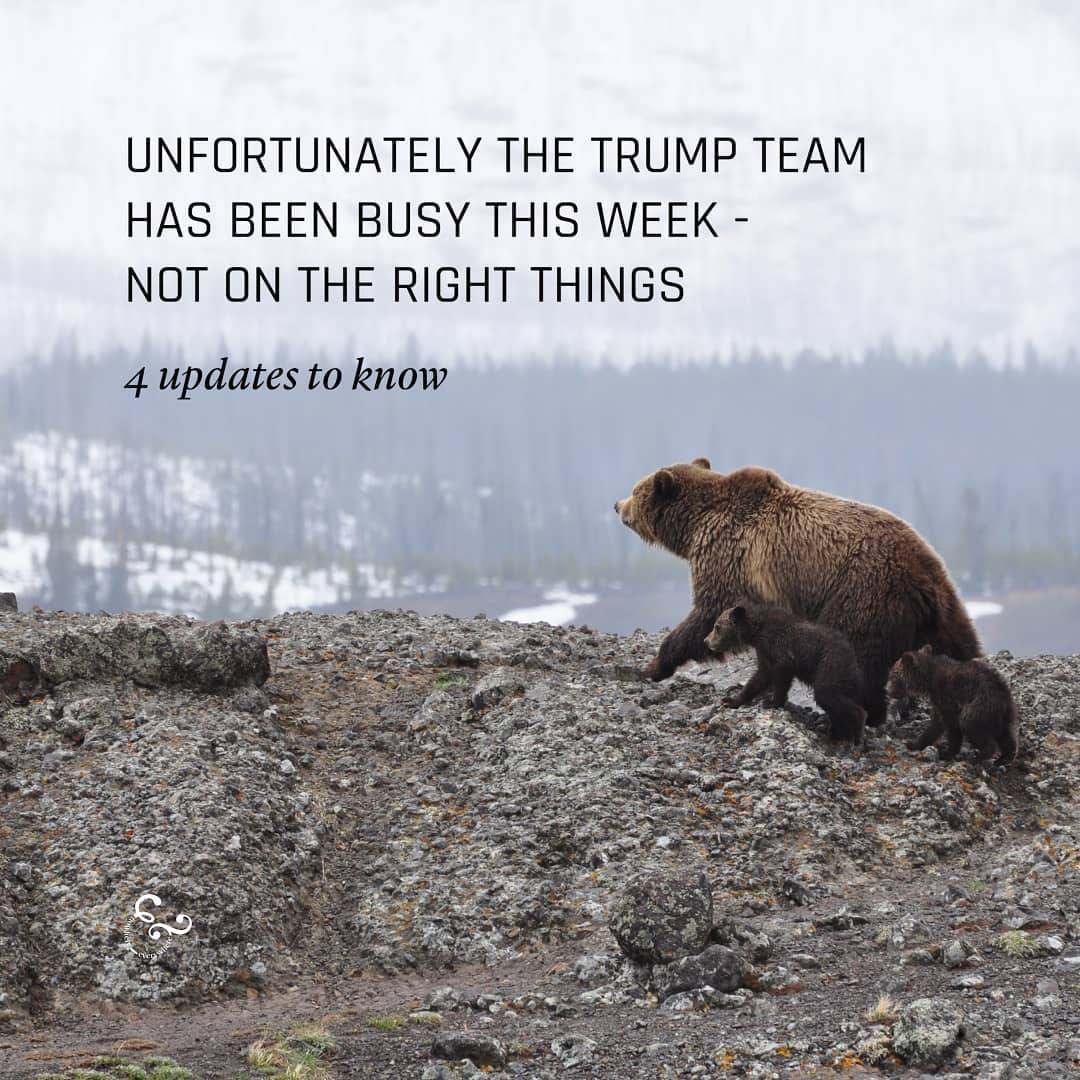