There is no excuse for these two countries to not do better. They are some of the richest in the world (Australia actually just topped the highest median wealth) and have all the resources available to them to do better. Not doing so is hurting their own people and the countries around them. And ironically hurting jobs that could be created from leading on this (hint hint politicians). The US led a pro-coal side event at the climate summit happening in Poland (who are also very pro-coal themselves).

They were nearly left to their own devices but Australia turned up as the only other represented nation on the panel and The Guardian did a good job to get this out to the public. BUT protestors, primarily Indigenous Americans who had flown over for this (amazing!), stood up to reveal an anti-coal banner and disrupted the event with their activism. We are loving this renewed energy across the world. If the public were the babysitters of these two nations, they’d definitely be in the time-out corner reflecting on their actions. 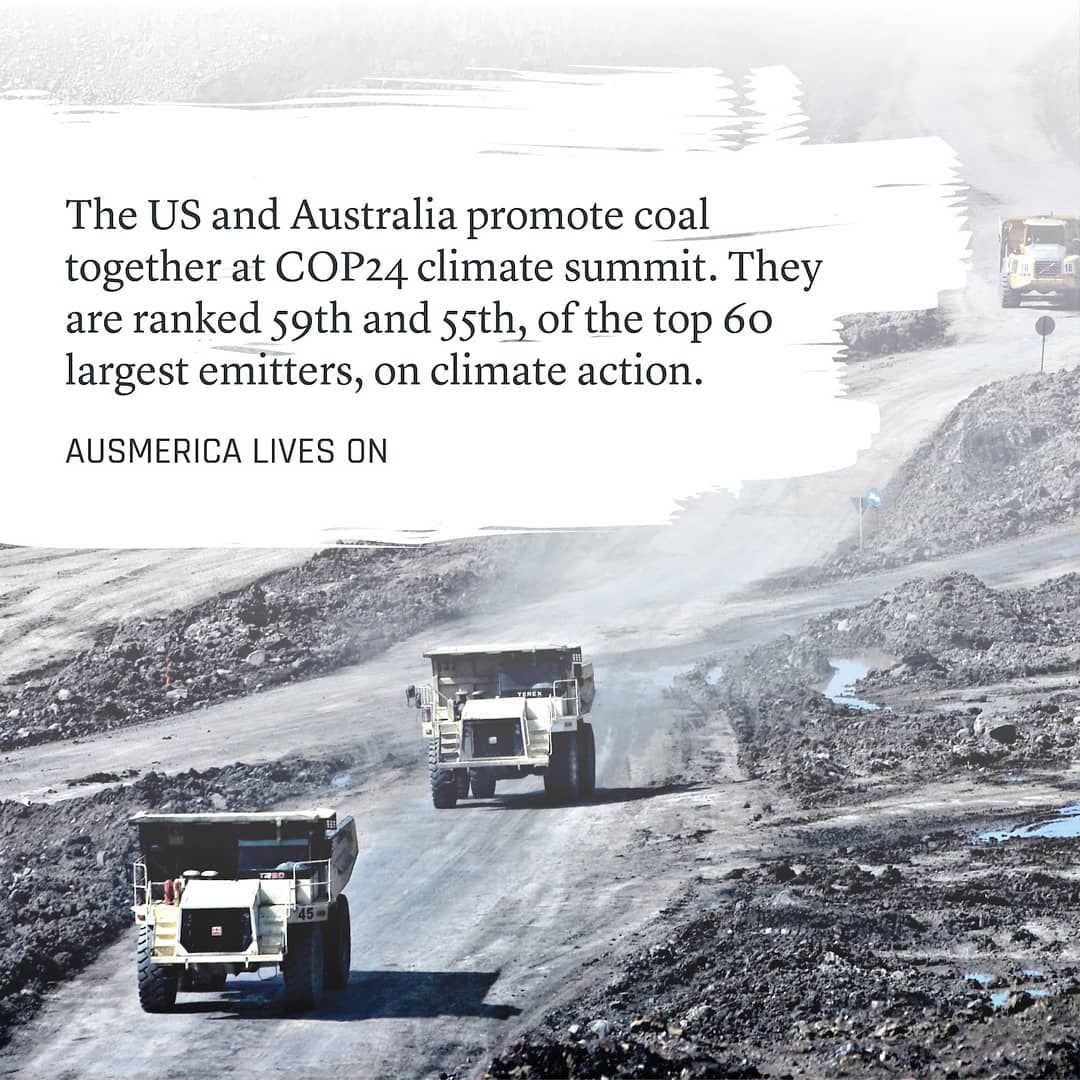