The US is still cumulatively responsible for the most carbon already emitted in the atmosphere than any other country. Like other industrialized countries it’s how the entire nation transformed. China however is catching up and has by far the largest carbon commitment to the future; 41% of the total. Per capita usage is still significantly lower than many of us but with over one billion people, it adds up a whole lot more.⁠
⁠
The U.S. and India each account for 9% and the European Union for 7%. The reason? The Chinese economy has grown rapidly and recently that its power plants and factories are still really young, with long lives ahead of them. The average Chinese coal-fired power plant is just 11 years old, whereas the average age of American plants is almost 40 (considered toward end of life). ⁠
⁠
These projections are also conservative as they don’t cover all emissions such as agriculture, deforestation and other land use changes (about 24% of total emissions), nor the emissions for extracting fossil fuels from the ground or sea. By way of example, getting oil from Canada’s oil sands requires the burning of nearly one-third of the country’s natural gas production. The fossil fuel infrastucture also doesn’t count in vehicles, buildings, and factories which will undoubtedly keep increasing.⁠
⁠
We’ve got a real problem in the world alongside this. If we really wanted to limit heating to 1.5°C (something we’ll nearly certainly pass), there can be no new fossil fuel infrastructure built, ever again, AND some existing power plants would need to shut down early. ⁠
⁠
Except of course, we’re still busy constructing or planning new power plants.⁠
⁠
Source: National Geographic, Nature (‘Committed emissions from existing energy infrastructure jeopardize 1.5 °C climate target’) 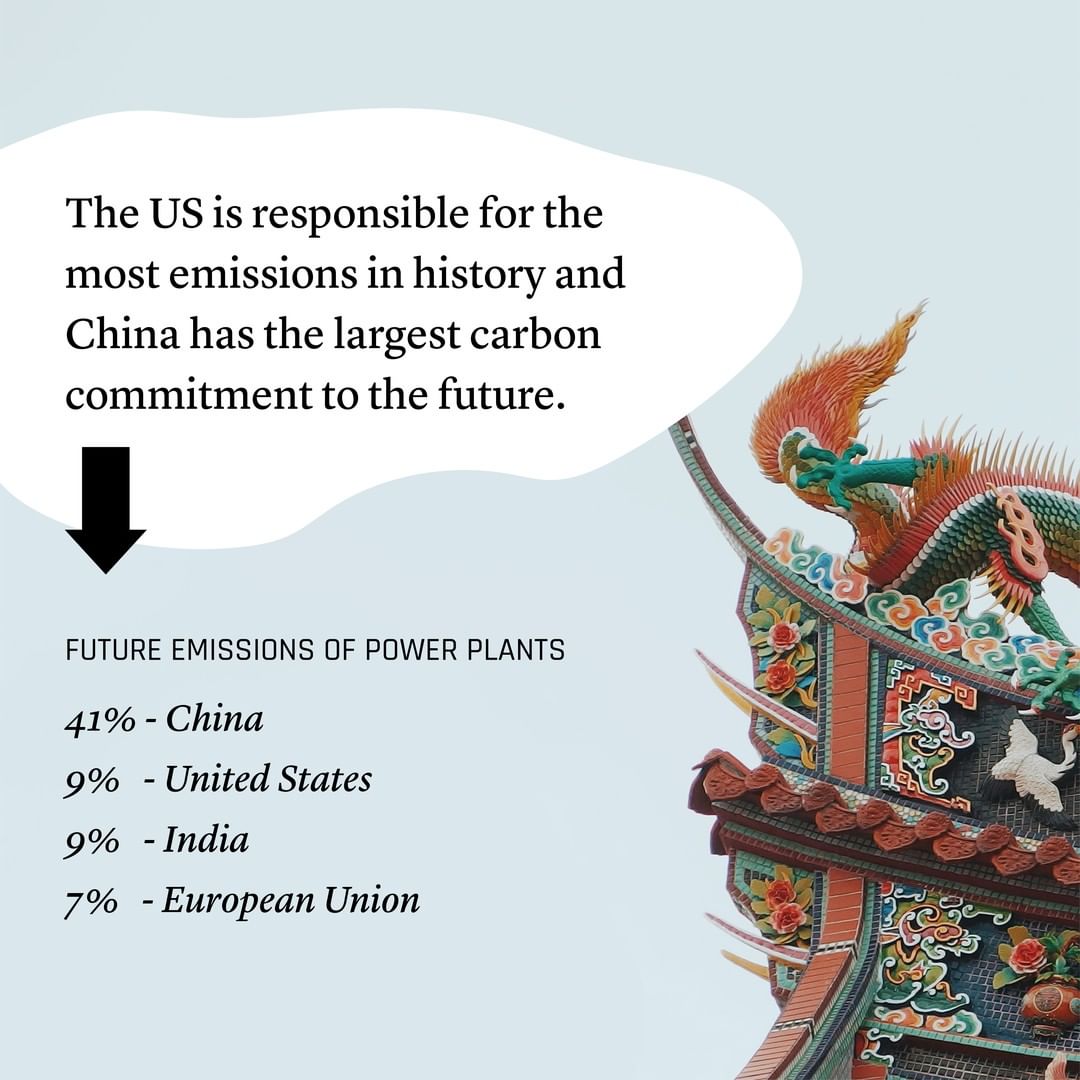