Hands up who has heard of doughnut economics? It’s a new model developed by economist Kate Raworth (it’s a great book if you’re looking!). Scroll across to see the diagram explainers. The inner ring of the doughnut represents minimum standards of living, based on the Sustainable Development Goals. These include the essentials everyone needs to thrive, from food & clean water to gender equality and housing. Nobody should be falling into the hole in the centre of the doughnut which would mean they don’t have access to our basic needs (human rights). The outer ring of the doughnut represents the ecological limits of the planet, from biodiversity loss and air pollution to climate breakdown. These are based on the concept of nine planetary boundaries (a number of which we are exceeding). The idea is to stay between the inner and outer rings.

Amsterdam is already on the way to transitioning to a circular economy and carbon neutrality and the doughnut model accounts for social issues, providing a well rounded (yes we do puns too) framework to cushion everything. The planning has been in progress for a while (the Amsterdam Donut Coalition had its founding meeting six months ago) but the city has now formally adopted it in response to the pandemic. The _model is a lens to these questions:

According to the implementers (and this is really important), using this approach also looks at the impacts the city has beyond its own borders, from the air pollution that’s created in China when Chinese factories make goods that are imported by the Netherlands, or the social impact of the cocoa grown in Africa (which is often using child and exploited labor) that’s procured by the country.

USA, you’re next! The coalition of groups working on the project (Thriving Cities Initiative) is beginning to work with Portland and Philadelphia to create three case studies that can then be scaled out. 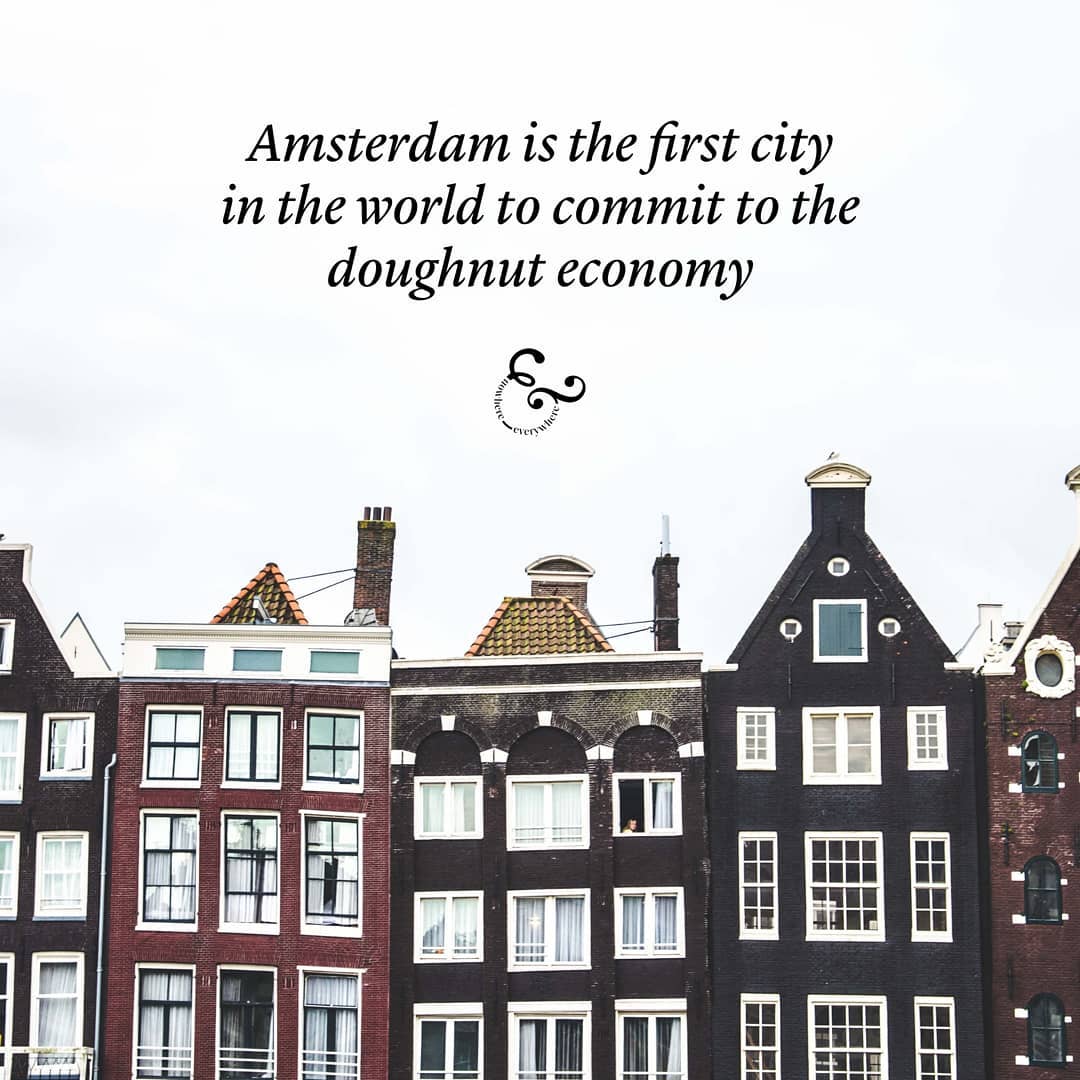